Is the New York Times Racist? 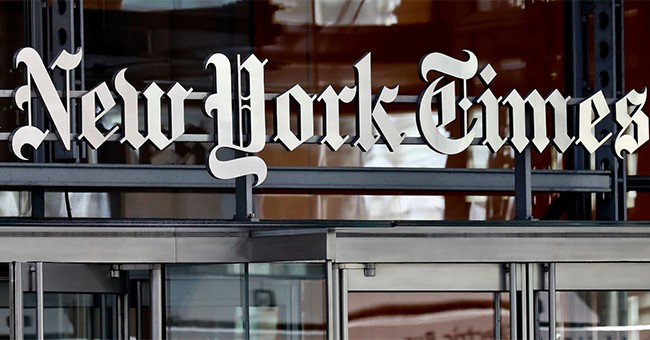 President Biden’s promise to appoint a Black woman to the  Supreme Court has attracted support among a number of  columnists and public officials on the grounds of promoting  “diversity.”

Charles Blow, a Black columnist for The New York Times, is  much more honest, however. In his view, Biden’s decision was  not merely to make the court more diverse. Instead, “President  Biden has a chance to make good on his promise and repay  Black people . . . for their support,” he writes. “It is important,”  he says, “that Black people have a Black person on the court . . .  in tune with the views of the Black community.”

Here is one thing you can take to the bank. Whomever Biden  nominates, she will not have views in tune with the views of the  Black community. More on that below.

Blow’s column makes clear where liberal thought regarding the  Court has been trending for quite some time. Rather than an  institution to interpret the Constitution, the Court is viewed instead as another legislature with justices who represent  constituencies.

In modern times, presidents have often selected Supreme  Court Justices in order to curry favor with various groups of  voters. President Eisenhower appointed William Brennan in  part because he was Catholic. Ronald Reagan chose Sandra Day  O’Connor because she was a woman. He chose Antonin Scalia because he was an Italian-American. Bill Clinton probably  appointed Ruth Bader Ginsburg in part because she was Jewish. It probably didn’t hurt Judge Sonia Sotomayor that she is  Hispanic.

Blow’s column represents the first time in modern history that I  know of where a column in a major newspaper advocated selecting Supreme Court justices so they can represent the  views of any group of voters – let alone a racial group.

The same is true of Blacks. Blow’s column suggests that despite  the fact that Black Americans have a multitude of different  views on politics, art, music and just about every other aspect  of life, the most important thing to know about them in making  public policy decisions is their skin color.

What could be more demeaning than that?

I have no doubt that Blow and the editors of the New York  Times expect Biden to name a “progressive” justice. But here is  what you need to know about everyday Black opinion:

• Only about one-third of Blacks consider themselves  progressive.

• Although they are concerned about voting rights, 69  percent favor voter ID laws.

• Like most Republicans, most Blacks are social  conservatives and their support for school choice is off the  charts.

In fact, on a great many issues, Black voters are far more in  tune with the world view of Justice Clarence Thomas than they  will be with any likely Biden appointee.

If Blacks get a seat on the court, what about Asians? What  about Native Americans? What about Muslims?

Alan Dershowitz reminds us that the Constitution forbids a  religious test for office; and on his reading, the same is true of  tests for race and gender. It appears that 76% of Americans agree with him.

Read the original article on TownHall.com

← How Government Abuses the Elderly More on that contract →