How Government Abuses the Elderly 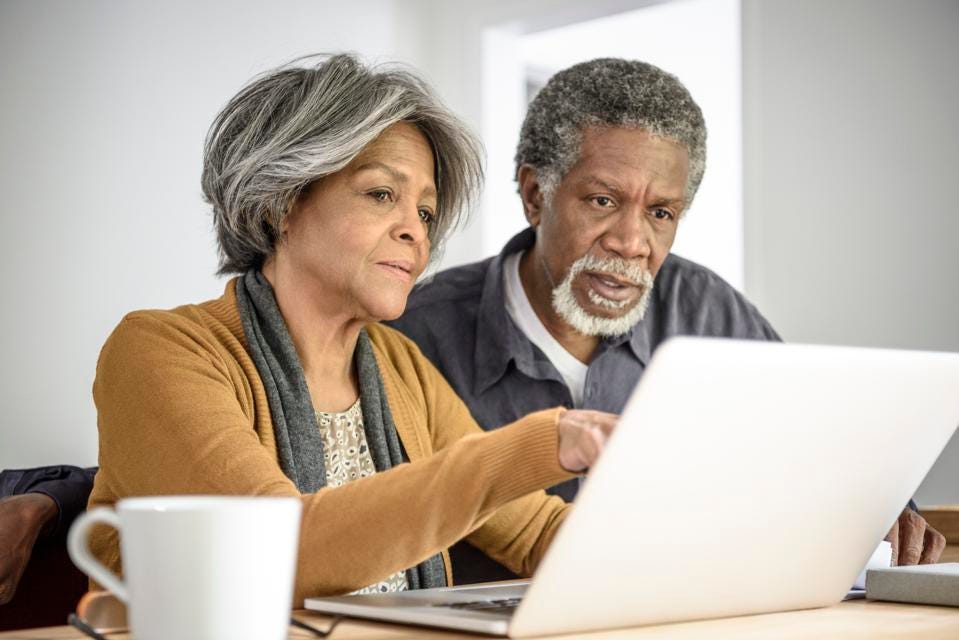 The federal government spends an enormous amount of money on the elderly – far more, for example, than it spends on children.

At the same time, rules, regulations, taxes and penalties create enormous burdens for senior citizens when they do such ordinary things as work for wages, withdraw funds from an IRA or even try to insure for medical expenses.

Seniors who claim early retirement under Social Security face the highest tax rates in the nation when they earn more than a modest amount of wage income. These tax rates can exceed 90 percent, and they are far higher than the rates faced by Warren Buffett or Jeff Bezos. Some seniors face higher tax rates on capital gains and pension fund income than younger people at the same income level. Some are even taxed on their tax-exempt income!

Although accountants are aware of many pitfalls seniors face under the income tax law, even well-trained CPAs tend to be unaware of the problems seniors encounter when they try to insure against unexpected medical expenses.

Take Health Savings Accounts (HSAs). This is an extremely popular way nonseniors self-insure for medical expenses not paid for by third-party health insurance. People can put pre-tax dollars in their HSA, and employers can contribute as well. Funds can be invested at the owner’s discretion and the accounts are completely portable – traveling with an employee from job to job and in and out of the labor market.

Currently, about 30 million Americans have an HSA with an accumulated $82 billion on hand. One financial expert says that HSAs are the most attractive way there is to save – better than an IRA or a 401(k) plan, for example.

Here’s the problem. Seniors can’t have one. Once you become eligible for Medicare you can no longer open and contribute to an HSA. And that’s too bad – because seniors on Medicare have a lot of out-of-pocket costs.

Take prescription drugs. A senior who enrolls in Medicare Part A (hospital services), Medicare Part B (doctor services) and Medicare Part D (drugs) can face considerable out-of-pocket costs for drugs, even after paying premiums. Supplemental insurance, often called Medigap, is supposed to fill the gaps in Medicare coverage, but it doesn’t help in this case. For some strange reason, the law doesn’t allow Medigap to pay for the patient’s share of drug costs.

If you are wondering what that might mean, consider that a study of 28 expensive specialty drugs found that among Medicare enrollees covered by Part D drug insurance, the out-of-pocket spending by patients ranged from $2,622 to $16,551. And those are annual costs!

Here is how Medicare drug coverage is working in 2022. After a deductible of $445, Medicare pays 75 cents of the next dollar of cost. And it pays 75 cents of the dollar after that. It keeps on doing this until the patient’s out-of-pocket expenses reach a limit of $6,550. Above that amount, in the “catastrophic phase,” the patient is responsible for 5 percent of any additional costs. For the 28 drugs mentioned above, more than half (61 percent) would require an average cost of $5,444 a year in out-of-pocket costs in the catastrophic phase alone.

Other than changing federal law, is there a market-based alternative? As I explained in a previous post at Forbes, a Houston-based firm called Health Matching Account Services (HMA) has been offering young people a way of insuring out-of-pocket medical costs that is intriguing. In recent years it has been expanding to the senior market as well.

It works like this. Under a standard plan, seniors make a monthly contribution of $140 to an HMA. After 12 months, they will have paid $1,680. For that amount, they will have coverage for the first $1,980 of medical expenses.

In other words, the buyers are getting $1.17 of coverage for every $1.00 they contribute for the first year. You might regard that as not much better than putting the money in a bank account. But this low payoff reflects the fact that first-dollar coverage is very expensive – even for people who don’t expect to file a claim.

Say you have a drug expense that costs $4,600 and you pay for it from the HMA. That reduces your coverage level from $10,000 to $6,400. You can replenish the account by reinstituting the $140 monthly payments, which will increase your coverage at a rate of about 3 to 1.

This account, by the way, can be used to pay out-of-pocket deductibles, copayments or coinsurance under all parts of Medicare. It can also be used to pay for medical expenses Medicare itself doesn’t cover, including hearing, vision and dental.

This is a brilliant way to work around a dysfunctional system and meet people’s needs. But as I wrote the last time I discussed this idea, what we need even more is deregulation.

Seniors deserve real catastrophic coverage and they deserve the opportunity to save and manage their own health care dollars for non-catastrophic expenses.

The market is capable of meeting all these needs if we just let it work.

The federal government spends an enormous amount of money on the elderly – far more, for example, than it spends on children. At the same time, rules, regulations, taxes and penalties create enormous burdens for senior citizens when they do such ordinary things as work for wages, withdraw funds from an IRA or even try to insure for medical expenses. Seniors who claim early retirement under Social Security, for example, face the highest tax rates in the nation when they earn more than a modest amount of wage income.

← What Are Republicans For? Is the New York Times Racist? →