Why Are Politicians Ignoring the Elderly 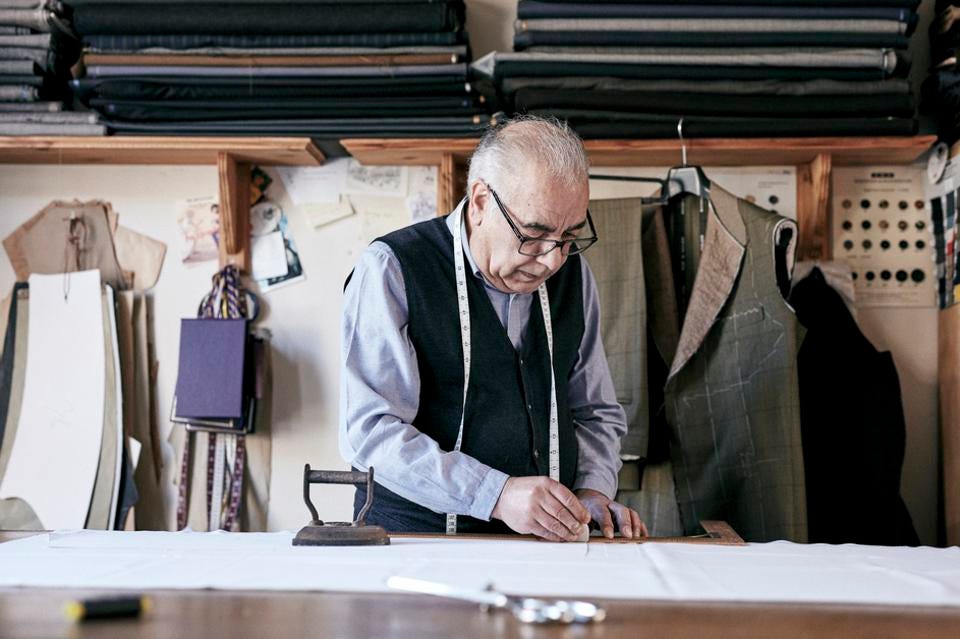 Image: The elderly are leaving the workforce, partly driven in part by bad public policies. GETTY

Everyone knows that seniors turn out to vote at a higher rate than any other age group. In 2020, three-fourths of the people over the age of 65 voted, while the voting booths attracted barely half of those aged 18 to 24.

Yet in the last election you would be hard-pressed to find a candidate – Republican or Democrat — who made the slightest attempt to address the issues that most affect older voters.

On the eve of the election, President Biden promised to cancel upwards of a trillion dollars in student loans. Doesn’t somebody have to pay for that? Furthermore, Congressional Democrats stuck it to seniors in the Inflation Reduction Act (IRA) by removing billions of dollars in federal support for Medicare. Both the Congressional Budget Office and private analysts predict that the elderly and the disabled will face higher Part D premiums and higher drug prices at the pharmacy as a result.

It’s as though the entire Democratic Party was competing for younger voters and shunning older ones. Yet voters who expected to hear better ideas from Republicans faced disappointment there as well.

Let’s begin with an issue everyone should care about, regardless of age: the shortage of workers.

At the very same time that employers are having trouble finding workers to produce the nation’s potential output of goods and services, older workers are dropping out of the workforce. During the pandemic, labor force participation fell for people at every age. But unlike younger folks, senior participation never recovered.

According to Federal Reserve chief Jerome Powell, 3.5 million workers have permanently departed from the workforce. Of that number, 2 million have retired.

Can’t retirees change their mind, and at least take a part-time job? In principle, yes. But the federal government does its mighty best to discourage them from doing that. Beginning in 2023, the earnings limit for early retirees under Social Security will be $21,240. For every dollar they earn above that amount, the government will take away 50 cents of benefits – effectively, a 50% marginal tax rate.

When this earnings penalty is combined with income and payroll taxes and the Social Security benefits tax, seniors can face marginal tax rates in excess of 90% – the highest rates imposed anywhere in our fiscal system. Importantly, this earnings limit has no practical effect on the incentives of the rich or the poor. This is solidly a middle-income disincentive to work.

Getting rid of the Social Security earnings penalty is a win/win idea that should be in the platform of both political parties. The government would almost certainly gain revenue – as return-to-work seniors started to pay income and payroll taxes. And it would be good for the economy.

A related problem concerns early retirement itself. It is one thing to retire; it is another thing to claim Social Security benefits. Every year you don’t claim benefits (until age 70), the amount of your monthly benefit increases. It turns out that allowing your monthly benefit to grow is a riskless investment that beats just about any other investment you can make.

After adjusting for inflation, the monthly benefit payment is 76% higher when started at age 70, for example, than at age 62. So, unless the senior is in poor health and not expecting to live very long, it pays to be patient in claiming benefits.

Boston University economist Laurence Kotlikoff and his colleagues estimate that 90% of Americans are likely to benefit if they wait until age 70 to initiate their retirement benefits. Yet only 6% do so. Roughly one in three nondisabled retirees starts collecting at age 62 – the earliest age at which benefits are available.

If you add up the loss of benefits from these decisions over the remainder of a retiree’s lifetime, the cost is extraordinarily high. Kotlikoff estimates that the typical retiree is leaving $182,370 (in present-value terms) on the table by claiming benefits too soon.

So, why do so many retirees make such bad decisions? One reason is the Social Security Administration itself. What you are reading here ought to be communicated by the government to every potential retiree. Right now, it isn’t.

In addition to the issue addressed here, one study estimates that retirees as a whole lose as much as $11 billion a year by making bad decisions in claiming benefits. All too often, bad decisions are made because Social Security personnel give bad advice.

Worse still, if a retiree discovers that she has made a wrong decision (costing thousands of dollars) based on bad government advice, she is not allowed to correct the decision.

So here is another platform idea: Demand that Social Security explain the costs and benefits of retirement decisions in clear language to every American once they reach 60 years of age.

And a third idea: Allow beneficiaries to correct any choices they have made based on bad advice from Social Security personnel.

Seniors on fixed incomes are the worst victims of inflation. So, well before the election, Prof. Kotlikoff and I made several recommendations that should have been endorsed by candidates everywhere. Here are a few of them.

Although Social Security benefits are indexed for inflation, the tax on those benefits is not. That needs to change.

Treasury Inflation Indexed Securities, or TIPS bonds, work like this: if there is 6% inflation, you get an additional 6% interest payment. Yet even though the extra interest keeps you whole, you still have to pay taxes on it. That should change.

Because the IRS tax brackets are inflation-indexed, people with only wage income are protected. But people who sell assets are forced to pay taxes on inflationary gains – even if they have experienced no real increase in their wealth. Ideally, the entire tax code should be indexed – so that government doesn’t gain (and taxpayers lose) when the government inflates the currency.

These are only a few of the possibilities that should be appealing to Republicans and Democrats alike. Interested readers may find more good suggestions in the Agenda for Seniors published by the Goodman Institute.