What I Bet You Don’t Know About Poverty, Inequality And The Role Of Government 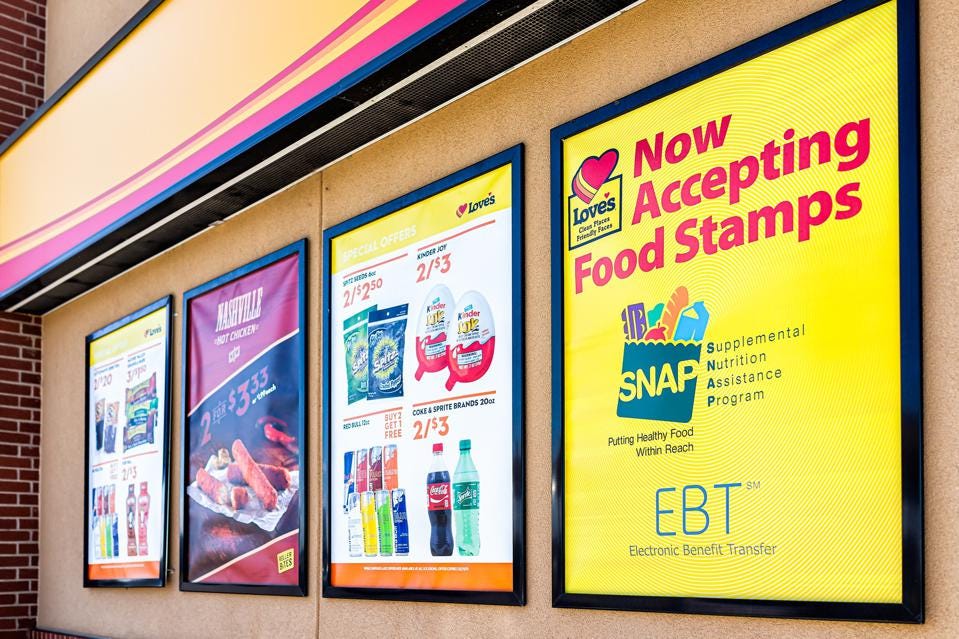 For an impeccably researched book that backs up these findings with overwhelming evidence, consult The Myth of American Inequality by Phil Gramm (the former U.S. senator), Robert Ekelund, and John Early (hereinafter, GEE).

Poverty. Ronald Reagan notably said, “We fought a war on poverty and poverty won.” If you follow Census Bureau statistics – at least the ones prominently reported in newspapers – you would be inclined to agree with him.

Here’s the problem. In its standard measure of income, the Census Bureau includes only 8 of more than 100 federal transfer programs. Among the benefits it excludes are refundable tax credits, food stamps, Medicare and Medicaid.

Over the past 50 years, the value of taxpayer-funded transfer payments to the poorest 20 percent of American households has risen from an average of $9,677 to $45,389 in real terms. Counting these transfer payments dollar-for-dollar as income, GEE estimate the true poverty rate in the United States is 2.5 percent.

This 2.5 percent, by the way, includes people with mental illness, drug addictions and other problems that are unlikely to be solved by more food stamps or other entitlement spending.

How did GEE discover these facts? They didn’t go out and conduct an alternative census. Instead, they rely on data the Census Bureau has been collecting for many years. They simply present them in a more reasonable way.

Inequality. Are the rich getting richer while the well-being of everyone else is stagnating? You might be inclined to think so if you only read Census Bureau press releases. But in measuring inequality, the Bureau leaves out two-thirds of all government transfer payments enjoyed by those at the bottom of the income ladder and also ignores taxes collected from those at the top.

This means the Census Bureau ignores 40 percent of all income that is gained in transfer payments and lost in taxes.

Whereas the Census Bureau tells us the income difference between the top 20 percent of households and the bottom 20 percent is 16.7 to 1, if you throw in transfers and taxes, the difference is only 4 to 1. Whereas the Census Bureau tells us that inequality (as technically measured by a Gini coefficient) has been rising over time, GEE find that it has actually fallen by 3 percent since 1947.

Income growth. The U.S. government uses five different price indexes for various purposes. Unfortunately, the ones used to measure such items as hourly earnings and household income are the least accurate and as much as a decade out of date.

GEE show that using the best measure of inflation (and taking account of transfers and taxes), all five income groups have experienced substantial real income growth over the past 75 years – roughly quadrupling, on average. The greatest growth in real income is among the bottom fifth of households (681 percent) – much more than for those in the top fifth (456 percent).

Welfare vs. work. While it may be comforting to know that the actual poverty rate is so low, it has come at a significant cost: Welfare has been substituting for work.

Since the War on Poverty started in 1965, the labor force participation of the bottom one-fifth of households – who now receive more than 90 percent of their income from government – has dropped from 70 percent to 36 percent.

International comparisons. A common assumption on the left is that the welfare states of Europe are more progressive than the U.S. system. While it is true that a typical European country has more social insurance than we have, those programs are not mainly paid for by taxing the rich. They are paid for by taxing the beneficiaries.

GEE note that the top 10 percent of American households earn about 33 percent of all earned income but pay 45.1 percent of all income and payroll taxes. That progressivity ratio of 1.35 is far higher than in any other country. The ratio is 1.10 in France, 1.07 in Germany, and 1.0 in Sweden.

Moreover, after the GEE research was completed, a newer study found that the U.S. welfare state is actually larger than the European welfare states. The study concludes that “the U.S. redistributes a greater share of national income to low-income groups than any European country.”

In reflecting on the importance of their study, GEE draw our attention to an observation attributed to Mark Twain: “It ain’t what you don’t know that gets you into trouble. It’s what you know that ain’t so.”