Could We Talk Ourselves into A Recession? 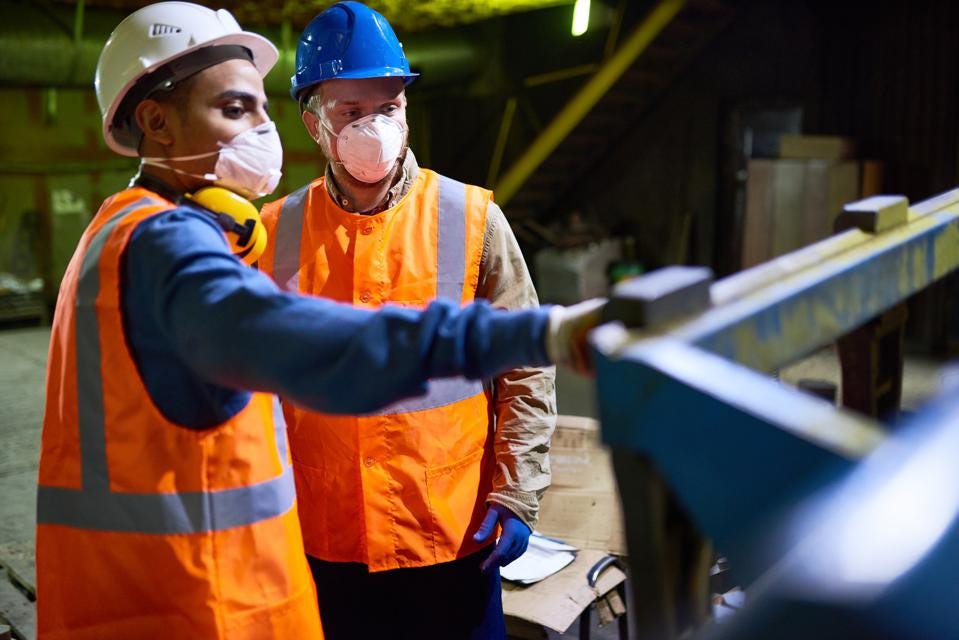 Elon Musk has a “super bad feeling” about the economy. JPMorgan’s Jaime Diamond forecasts an “economic hurricane.” Both claims are counterfactual. The economy’s super hot, inflation’s temporary, the Fed’s not slamming on the brakes, and reversing QE, to the extent that happens, will surely be benign.

Tesla’s (TSLA -3.1%) Elon Musk has a “super bad feeling” about the economy. My first cynical reaction: Musk is preparing an excuse for disappointing Tesla sales. As the President pointed out, Ford and other automakers aren’t whining. They’re making major investments (in electric cars!) and hiring tens of thousands of new employees.

My second cynical reaction: Maybe Musk has shorted the market? Nothing wrong with doing so. But when market-movers discuss the economy, they should disclose their conflicts of interests. This goes for JPMorgan’s Jaime Diamond who just forecasted an “economic hurricane,” if not necessarily a level 5.

Cynicism aside, are Musk and Dimon right?

Not unless they and other big-time influencers panic the economy into recession.

Economists call this multiple equilibrium. Another term is coordination failure. President Roosevelt summed it up brilliantly in eight words: The only fear to fear is fear itself. Unfortunately, explaining that everyone is panicking doesn’t stop the panic, which can take down an otherwise very healthy economy. Panic surely caused the Great Recession.”None of the “culprits” that the Federal Financial Crisis Commission fingered were guilty. Given that our economy can scare itself to death, Musk and Dimon should vent their anxieties off-mic.

Here’s what’s actually going on. The economy is red hot. The unemployment rate is 3.6 percent. This is among the lowest rates we’ve seen in 70 years. Even better, the employed share of the working-age population is 80.0 percent. This is close to a 70-year high. Job growth slowed a bit in May. But job growth has to slow. There aren’t that many people left to hire. Meanwhile, companies aren’t seeing Dimon’s “hurricane Sandy.” They aren’t laying off workers. They are trying to hire another 11 million.

Yes, gas prices, adjusted for inflation, have risen 75 percent over the past six months. But they were 20 percent higher in 2012 and the economy didn’t collapse. Dimon says oil (and thus gas) prices could rise by 50 percent — to $175 per barrel. They could also drop by 50 percent. If Dimon’s “could” were “will,” a barrel of oil would already cost $175.

Dimon knows this, so presumably he was just saying that economic risk is high. No question. But the market has already discounted this fact, which is why it’s fallen 13 percent since January. But this doesn’t mean it will continue to fall. As a matter of Finance 101, the price of a financial asset, be it a barrel of oil or the value of the S&P, isn’t predictable. And 13 percent is a modest adjustment. The market fell 86 percent in the Great Depression, 50 percent when the dot com bubble burst, and 53 percent in the Great Recession.

What about inflation? Based on April data, it ran at 8.3 percent in April. But core inflation was lower — 6.2 percent. Core inflation leaves out food and energy prices, which are particularly volatile. Everyone is talking about high grain prices. But today’s inflation-adjusted price of wheat is lower than it was during most of the past 40 years. Here, again, if the market were sure the price of wheat is going to soar further due to Putin’s war, it would already have done so.

Based on nominal and real Treasury yields, the market estimates inflation over the next five years at less than 4 percent. The market makes huge mistakes, but it reflects millions of assessments, not just those of Musk and Dimon. And the consensus is that temporary supply-chain bottlenecks will continue to ease, bringing down inflation. Clearly, there are lots of oil producers around the world who can make up for any reduced supply of oil from Russia. Same for wheat. Ukraine is the eighth top, not the top (that’s China) wheat producer. The top seven have plenty of additional capacity. Yes, the extra wheat will take time to grow, but the world supply of wheat and other grains will recover and wheat and other grain prices will fall.

What about the Fed’s rate hikes — another concern of Dimon. So far, the Fed’s actions have been cosmetic. Just look at short real rates. They’re still negative. The Fed’s recent 50 basis-point move is one fortieth of the rate hike Paul Volker engineered when he fought inflation back in the late 70’s.

The Fed’s not going to dramatically raise rates, as former Treasury Secretary, Larry Summers, appears to advocate, and for good reason. It believes inflation will come down on its own — something we’re starting to see.

Also consider Dimon’s concern about the Fed’s reversing Quantitative Easing (QE). First, there’s no reason the Fed has to quickly alter its balance sheet. It can do so slowly as it collects interest and principal on its private asset holdings and doesn’t use these inflows to buy more private assets. And if it decides to accelerate the swap of private assets for Treasuries or reserves, there’s no necessary reason this should impact bond prices or interest rates. It’s the threat of cutting off credit to the economy that leads to abrupt interest rate increases, not swapping one asset for another where the two are very similar in nature. In this regard, it’s worth noting that when Paul Volker announced he was going to target monetary aggregates, borrowers be damned, the credit market instantly went nuts. Indeed, it’s not clear that the Fed engaged in any open market operations at the time to raised rates. It simply didn’t intervene to keep them where they were. As for doing what he said he’d do, Volker missed each of his targets. Volker, as I see it, leveraged panic, not monetary policy, to raise rates, and, thereby, engineered a recession and lower inflation. Jerome Powell is not Paul Volker. He sees current inflation as one-time price increases, many of which will be reversed. The market thinks he’s right.

The three big concerns with inflation are whether wages will keep pace with prices, the impact of inflation on retirees on fixed nominal pensions and on other creditors, and hidden inflation-based tax hikes. As the Bureau of Labor Statistics reports, real average hourly earnings decreased by 2.3 percent over the last year. As for those on fixed pensions or who lent money (including lending it to a bank via checking account deposits), they’ve been badly hurt. Finally, inflation is raising our real taxes because asset income is not adjusted for inflation prior to being taxed. Social Security benefit taxation also rises because the thresholds beyond which first 50 percent and then 85 percent of this income is taxed are not inflation-indexed.

No one should be complacent about inflation. And Congress should take this opportunity to make the tax system fully inflation-neutral. But neither inflation nor the Fed’s minor rate hikes will kill the economy. Nor will Putin’s war, which is stimulating the defense industry. Nor will ongoing slowdowns in Chinese production, which is stimulating home production. What can kill the economy is enough people, who should know better, talking it down.

← Should We Even Try to Recycle Plastics? How Congress Can Help Protect Us from Inflation →