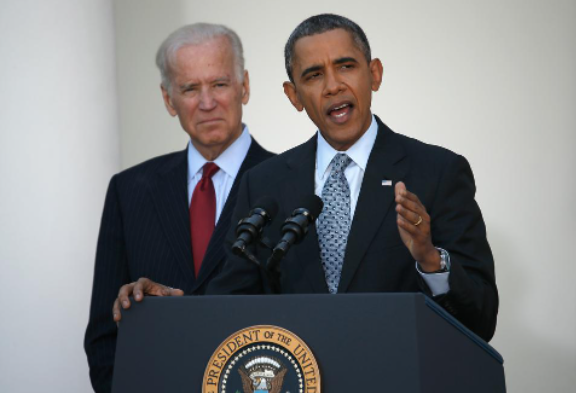 When Barack Obama ran for president in 2008, health care was a major issue. Although many on the left were advocating single-payer, national health insurance, Obama pledged private health insurance reform instead.

In speech after speech on the campaign trail, Obama promised to:

· Insure the uninsured with private coverage.

· Bring down health care costs, with savings of $2,500 a year for every American family.

· Give people with inadequate insurance better insurance, but let people who liked their coverage “keep their doctor and keep their plan.”

Since President Obama visited the White House the other day and took the occasion to celebrate the 12-year history of his signature domestic policy accomplishment, now seems a good time to review the actual record.

Expanding Medicaid. Almost all the increase in health insurance coverage under Obamacare is actually increased enrollment in Medicaid. For this reason, Stuart Butler calls the Affordable Care Act the “Medicaid Expansion Act.” Although much of this expansion was intentional, millions of people have also enrolled illegally, because of lax governance – leading to billions of dollars of improper payments.

Whether you regard this development as good or bad, it’s not what voters were promised. Because Medicaid pays the lowest rates to providers, many doctors won’t see Medicaid patients. Those who do tend to push Medicaid patients to the rear of the waiting lines.

Moreover, even this accomplishment has come with unintended consequences. The influx of mainly healthy people onto the Medicaid rolls (drawing a higher federal matching rate) has apparently siphoned money away from developmentally disabled children on the state Medicaid waiting lists. Thousands of these children die every year. With proper care, many might have survived.

Wasting Taxpayer Dollars. Meanwhile, most of the money spent on private coverage has accomplished very little. Despite spending more than $50 billion a year on subsidies in the individual health insurance market, the increase in coverage prior to the pandemic was anemic. Dividing the small increase in the number of people with individual private insurance by the amount of Obamacare subsidies spent to encourage enrollment, we spent about $25,000 of subsidy every year for every newly insured individual, or $100,000 for a family of four. Moreover, if we consider the offsetting reduction in employer-provided coverage over the same period (partly as a result of Obamacare), you could argue that the entire $50 billion was money down the drain.

Making Insurance Unaffordable. Between 2013 and 2019 premiums in the individual market more than doubled and deductibles skyrocketed. Combining the average premium with the average deductible, last year a family of four not receiving a subsidy had to pay $25,000 out of pocket before receiving any benefits from their health plan!

Then there are low-wage workers employed by fast food chains and other establishments. Under the law, employers are required to offer (Obama-rich) coverage and charge their employees no more than 9.6 percent of the employee’s annual salary. However, these plans can have a deductible of $8,700 and the employee must pay the full premium to cover any dependents (the so-called “family glitch”).

As Andrew Puzder and I explained in separate Wall Street Journal editorials, almost all employees turn these offers down. And once an offer is declined, neither the worker nor the worker’s dependents are entitled to any subsidy in the (Obamacare) exchange.

Throwing Good Money after Bad. Because Obamacare insurance was becoming increasingly unattractive, the unsubsidized part of the market was in a death spiral – as healthy people left in droves prior to the pandemic. To offset this exodus and encourage higher-income families to return to the individual market, Congress created new subsidies for families above 400 percent of the federal poverty level in the American Rescue Plan Act. Not only are these subsidies regressive, they are also very wasteful – since they go mainly to people who are already insured elsewhere. On net, the new subsidy is costing an estimated $17,000 a year for every newly insured person, or $68,000 for a family of four.

The Biden Administration has also announced its intention to eliminate the family glitch by executive order, although the Obama administration concluded that the president has no authority to do that. This will allow an estimated 5 million dependents who declined an employer insurance offer access to subsidies in the exchanges. But because most of the affected people already have some type of insurance, the White House estimates that only 200,000 will be newly insured as a result.

Given a Congressional Budget office estimate, the cost to taxpayers for each newly insured person will be about $22,500 a year.

Outlawing Insurance that Meets Family Needs. Despite Obama’s promise that people would be able to keep the plan they liked, the individual market today is teeming with folks who say the plans they have today are much worse than what they had before – in terms of premiums, deductibles and provider networks. Obama claims that his failure to keep the promise was justified because his program substituted better insurance for “junk insurance.” Yet many are finding that Obamacare is the real junk insurance.

A popular alternative to Obamacare is short-term, limited duration insurance. This type of coverage has been around for many years as a bridge to cover people on their way from home to school or school to work or job to job. Since Obama mandates and most state mandates don’t apply to these plans, they are about the closest thing there is to free-market insurance. And since the advent of Obamacare, short-term plans have become increasingly popular.

If Obamacare is superior, it shouldn’t fear such competition. And if short-term policies don’t meet the needs of some enrollees, they can always switch to Obamacare as an alternative. Even so, President Obama used his executive authority to unilaterally restrict short-term plans to three months’ duration with no renewals.

Under President Trump, that decision was rescinded. Short- term plans are now allowed for a 12-month duration, with renewals for up to three years. Unfortunately, the Biden administration is poised for yet another reversal – possibly returning to Obama-type restrictions.

Making things Worse for Patients with Pre-Existing Conditions. The most common argument for Obamacare was that people with pre-existing conditions were being discriminated against in the individual market. The size of the problem was hugely exaggerated, however.

For the first few years of Obamacare (before the exchanges were active) anyone in the country who was denied coverage because of a pre-existing condition was allowed to enroll in a federal risk pool for the same premium charged to healthy enrollees. That opportunity attracted a little more than 100,000 people.

Before Obamacare, if someone was denied coverage in Texas because of a medical condition, they could obtain coverage from the Texas risk pool. The premium was higher than normal. But the plan was similar to a standard Blue Cross plan, with access to just about any doctor or hospital.

Today, everyone who comes to the individual market faces sky-high premiums and deductibles and narrow networks that exclude the best doctors and hospitals. For example, it is impossible to buy individual insurance in Dallas that allows access to the city’s premier University of Texas Health Science Center. Obamacare insurance throughout the state of Texas is not accepted at MD Anderson Cancer Center in Houston. This is happening all over the country.

In one particularly tragic case in northern Virginia, a family enrolled in the only Obamacare plan available with a clinic in its network that could treat their daughter’s very rare cancer. But after the open enrollment period ended, the plan ousted the clinic from its network – leaving the family without the specialized care their daughter so desperately needed.

I believe these sorts of tragedies are happening everywhere.

Read the original commentary on Forbes.com