Why BBB Would Be Hazardous to Your Health 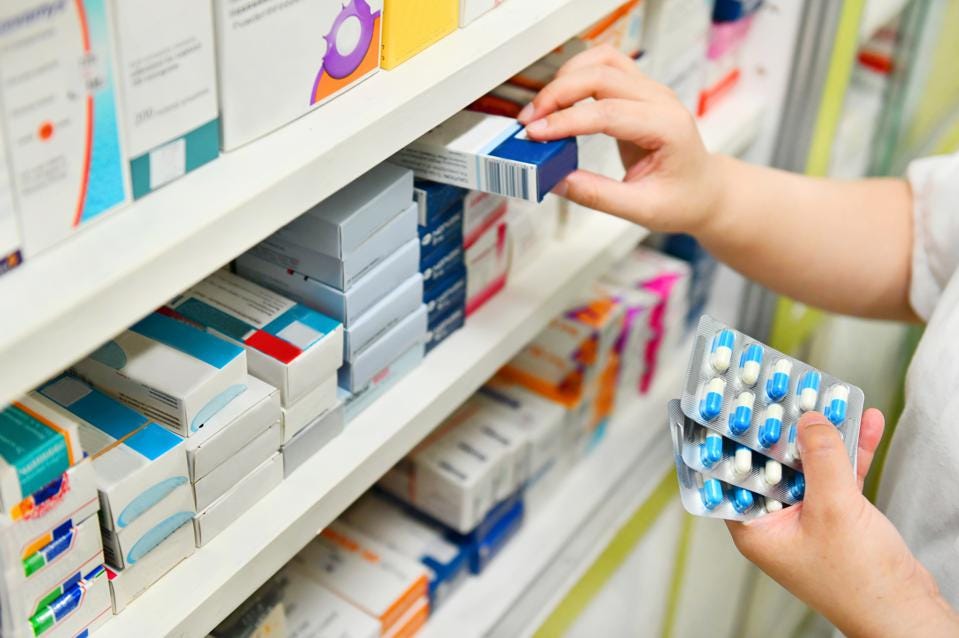 The Build Back Better proposal is a 2,466-page bill with a realistic price tag of $4.7 trillion, according to the Congressional Budget Office. Although it promises to bring us all the benefits of a European-style, cradle-to-grave welfare state, there is much in the bill that would do real harm to our heath care as we know it.

Although it appears to be dead on arrival in the Senate, its backers hope to revive most of it. Here are three reasons to hope they fail.

The first blow to the health care system comes from the regulation of drug prices.

Despite common perceptions, we’re are getting our best return from spending on drugs. In comparison to just about anything else we do in medicine, the benefits per dollar of cost from drug therapy is much higher than it is for doctor or hospital therapies. If anything, we are underutilizing drugs and paying less than their social value, on average.

Unfortunately, most congressional districts contain a hospital and quite a few doctors – but no drug company. Perhaps for this reason, the BBB bill calls for drug price controls – but no controls on hospital or doctor billings.

The ultimate targets are the most expensive drugs, and these, of course, are the drugs that are the most innovative and the most socially valuable. Reducing the payoff from these types of drugs means that fewer of them will be produced, and that will have medical consequences.

University of Chicago economist Tom Philipson has studied this issue and the results are sobering. Philipson writes:

A second blow to our health care system is the attack on our safety net.

Even before there was Obamacare, there were widespread disparities in the allocation of Medicaid dollars. For example, New York was receiving more than twice the amount from Medicaid as Texas – even though Texas had 50 percent more of the nation’s poverty population than New York had.

With the passage of Obamacare, the misallocation got even worse. States like New York that expanded their Medicaid population got an increase in Medicaid funds, while no extra money went to non-expansion states like Texas.

The obvious answer to this problem is to give states their share of Medicaid funds based on their share of the national poverty population, and then let the states spend the money in ways that best meet the needs of the very different populations. In fact, it wasn’t that long ago that the governors were virtually unanimous is favoring such an approach.

Congress, however, has consistently insisted on micromanaging funds for low-income families – no matter how inequitable or nonsensical the outcome.

In addition to regular Medicaid, there is the disproportionate share hospitals (DSH) program, designed to compensate hospitals that treat high levels of uninsured and low-income patients.

A study by Brian Blase of the Paragon Health Institute finds that the current distribution of DSH payments among the states “borders on the absurd.” For example, eight states receive more than $1000 per uninsured person in the state, while five states are getting less than $100. Moreover, Medicaid expansion states are receiving more than two-and-one-half times the amount of DSH money as states that have not expanded.

Instead of correcting these inequities and moving to a rational allocation of federal funds, the BBB would make things worse – by cutting DSH funds to the non-expansion states. As Blase explains, “The BBB Act would increase . . . inequities and harm safety net hospitals in poorer and more conservative states.”

A third blow to the health care system is throwing good money after bad through the ill-considered expansion of Obamacare.

When presidential candidate Barack Obama pledged to reform the health care system, he did not promise to enroll everyone in Medicaid. Instead, he promised affordable, private insurance and implied it would be just as good as a typical employer plan.

What we got instead were plans with very high premiums, outrageous deductibles, and narrow networks that deny people access to the care they need. For example, if you combine the average premium with the average deductible for people who didn’t get a subsidy last year, a family of four had to pay more than $25,000 before they got any benefits from their health insurance. And all over the country, Obamacare insurance is excluding the best doctors and the best hospitals – in many cases including highly specialized care that can be life-saving for some patients.

It gets worse. If we compare the number of people with individually owned private insurance before Obamacare with the number right before the Covid pandemic, there was very little increase. After almost a decade, the federal government was spending about $25,000 per newly insured individual every year, or $100,000 for a family of four.

Instead of adopting needed reforms, the BBB bill doubles down. It increases subsidies for almost everyone and extends their eligibility to induce higher-income, healthy people to claim them.

The result: according to Congressional Budget Office analysis, this reform will cost $18,000 for every newly insured person! In other words, expanded Obamacare is almost as wasteful as original Obamacare.

More is involved than a waste of money, however. Just as the expansion of Medicaid to healthy adults took resources away from disabled children, spending more Obamacare money on healthy people risks taking resources away from people who really need medical care.

In addition, pouring money into the demand side of the market, while doing nothing to increase supply, invariably leads to higher prices. That may be the reason we are witnessing a spike in current and predicted health care inflation.

For now, BBB appears dead. If you care about the health care system, pray that it stays that way.