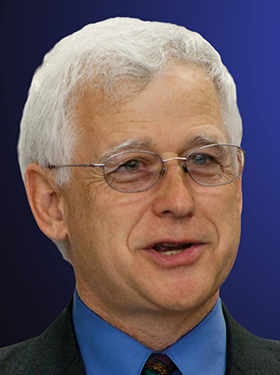 David Henderson, PhD is an associate professor of economics at the Naval Postgraduate School in Monterey, California, research fellow at the Hoover Institution, and editor of The Fortune Encyclopedia of Economics, a compendium of essays from 141 top economists.

The encyclopedia has been praised for its ability to communicate to a general audience what and how economists think; the Wall Street Journal described it as “a tribute to the power of the short, declarative sentence.”

Dr Henderson has written extensively on public policy and has been published in the New York Times, The Wall Street Journal, Fortune, Los Angeles Times, and Chicago Tribune. He has testified before the House Ways and Means Committee, the Senate Armed Services Committee, and the Senate Committee on Labor and Human Resources. Dr Henderson has had teaching appointments at Washington University, the University of Rochester, and the University of Santa Clara, and has served as a senior economist for the Council of Economic Advisers, where he covered health care issues. In 1997, he received the excellence in teaching award from the Naval Postgraduate School.