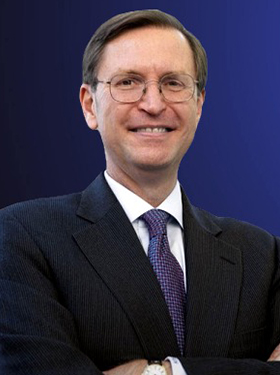 From February 2001 until March 2003, he was Chairman of the U.S. Council of Economic Advisors under President George W. Bush, where his responsibilities included advising the President on economic policy, tax and budget policy, emerging market financial issues, international finance, health care, and environmental policy. While CEA Chairman, he also chaired the Economic Policy Committee of the OECD.

Dr Hubbard, whose research spans tax policy, monetary, economics, international finance, and corporate finance, received his PhD in economics from Harvard University in 1983 and has taught at Northwestern, Harvard, and the University of Chicago, as well as Columbia.

In addition to writing more than 90 scholarly articles in economics and finance, he is the author of a best-selling textbook on money and financial markets. He was Deputy Assistant Secretary of the U.S. Treasury Department for Tax Policy form 1991-1993.

In addition to his responsibilities at Columbia, he is a research assistant at the National Bureau of Economic Research and the director of the program on tax policy at the American Enterprise Institute in Washington. He has been a consultant to U.S. and non-U.S. government agencies and numerous private corporations.

Hubbard, his wife Constance, and their two sons live in New York.