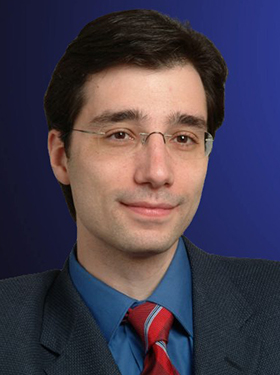 David Gratzer, M.D. is a physician, columnist, author, Congressional expert witness, and a senior fellow at both the Manhattan Institute and the Montreal Economic Institute.

He is the author of Code Blue: Reviving Canada’s Health Care System (ECW Press, 1999), which was awarded the $25,000 Donner Prize for best Canadian public policy book in 2000. Code Blue is now in its fifth printing. He is also the editor of Better Medicine: Reforming Canadian Health Care (ECW Press, 2002).

He is often quoted on health matters both in Canada and the United States by such media as CTV National News, CBC Radio As It Happens, TVO Studio 2, Maclean’s, and Fox News.

Dr Gratzer writes a monthly column for the National Post and is a contributor to Time Canada and the Medical Post. He has written for more than a dozen newspapers and magazines, including the Toronto Star, the Ottawa Citizen and the Calgary Herald.

For his essays, Dr Gratzer won the 2000 Felix A. Morley Journalism Competition, sponsored by George Mason University’s Institute for the Humane Studies. He is the first Canadian to receive this award. Past winners include James Taranto (Wall Street Journal) and Jonathan Karl (CNN). In 2002, he was one of thirty people profiled in a Maclean’s cover story on the “Leaders of Tomorrow,” young Canadians “who are already changing the world.”

Dr Gratzer has been listed in Canadian Who’s Who since 2002. He lives in Toronto with his wife, Cheryl, and their cat, Rum.