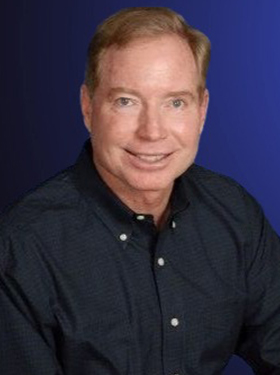 Lawrence Wedekind is a senior fellow at the Goodman Institute. He has written several scholarly articles with John Goodman in such places as HealthAffairs.org.

Hi is also founder and CEO of IntegraNet Health, an Independent Practice Association focusing on Population Health Management in Texas. This IPA is over 20 years old with a profitable history in each of the 20 years. It serves and empowers over 1200 physicians in the performance of high-quality value-based healthcare and currently contracts with 5 of the largest Texas and national health plans.

For the past several years, Larry Wedekind has been at the forefront nationally in the development of Accountable Care Organizations and innovative patient-centered Medical Home, Care Coordination, and Pay for Performance (P4P) strategies focused on cost-effectively delivering Care Management and Coordination to the Medicare and Medicaid population.

Larry Wedekind formed and developed IntegraNet Physician Resources, Inc. (IntegraNet Health) in 1997, one of the Houston and DFW area’s largest Independent Physician Associations representing approximately 1200 Primary Care and Specialty Physicians, and he functions as CEO of this financially and clinically integrated Management Care Organization. IntegraNet has also expanded into the Dallas-Ft. Worth and San Antonio areas and throughout the state of Texas on behalf of its Health Plan partners. As CEO, IntegraNet has signed many multi-year contracts with such organizations as HMO Blue, Community Health Choice, UTMB, Evercare, United Healthcare, and starting in 2005, added (4) shared risk Medicare Advantage HMO contracts including Select Care of Texas, Humana Health Plan, WellCare Health Plan, and Bravo Health Plan. During 2015, IntegraNet added Aetna Health Plan as a shared risk partner in the state of Texas. Mr Wedekind also formed and developed Electronic Medical Resources, LLC (EMR). EMR assists IntegraNet, other IPAs around the country and their physicians in the implementation of affordable and relevant electronic health records within their physician offices and its long-term goal is full clinical integration of all providers in each area that it serves. In 2017, Mr Wedekind added IntegraNet RCM, LLC as a subsidiary of IntegraNet Health to perform expert Revenue Cycle Management services for its contracted physicians. This company helps IntegraNet Health empower its contracted physicians through improvements in billing and collection of clinic services. IntegraNet RCM also improves coding accuracy and completeness and significantly improves physician MRA scores and revenue capture.

As background, in 1994 and 1995, Mr. Wedekind successfully reorganized hospitals in Houston and Ft. Worth that were days away from closing their doors and filing for bankruptcy. In less than a year, these hospitals became profitable again, one even being able to be sold for a sizeable profit.

Prior to 1994, Mr. Wedekind was Regional Director of six hospitals in the Southeast for American Healthcare Management, served as Administrator of several hospitals for Hospital Corporation of America and Republic Health Corporation, and he developed Outpatient Imaging and Cardiology Centers, and developed two Sports Medicine Rehab Centers in the Dallas, Texas area.