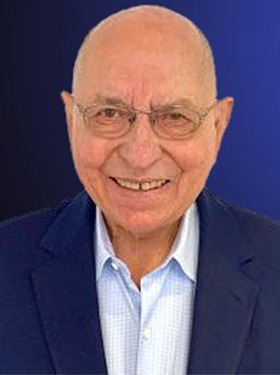 William R. Cooper is a Dallas native and a graduate of SMU, Bachelor of Business Administration, Class of 1958. He served as an officer in the US Army from 1959 through 1961 and then joined Murray Investment Company, a Dallas mortgage banking firm, becoming manager of the Commercial Loan Division.

In 1966 he joined Lincoln Property Company where he was a Managing Partner. In 1979, he formed Paragon Group, which in 1994 became a publicly traded Real Estate Investment Trust listed on the New York Stock Exchange, and merged with Camden Property Trust in 1997, forming one of the nation’s largest apartment companies.

As Chairman of the Board and CEO of Paragon, Mr Cooper played a leading role in the development, financing and management of a multibillion-dollar portfolio of real estate projects across the country. Developments and acquisitions totalled over 300 properties consisting of apartment communities and office, retail and industrial projects. Additionally, the Company provided real estate asset management services for third-party institutional investors for over 25 million square feet of commercial properties.

Mr Cooper has served on the following Boards: The Society of Office and Industrial Realtors, The Salvation Army, The National Realty Committee, and chaired the Governor’s Committee for Office Facilities for the State of Texas.