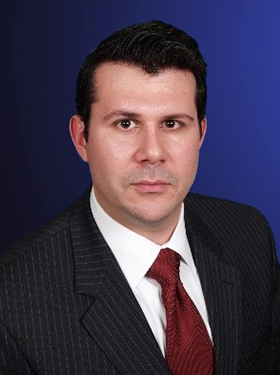 James L. Koutoulas, Esq. is the CEO of Typhon Capital Management which he founded in 2008. Typhon is a deconstructed multi-strategy trading firm, where managers can focus only on trading under an umbrella of unified operations, compliance, and risk management. Clients can access these modular exposures a la carte or via custom portfolios in Cayman or U.S. funds, or managed accounts.

Mr Koutoulas is also a leader in investor protection. He Co-Founded the Commodity Customer Coalition, a non-profit customer advocacy organization, in response to the MF Global bankruptcy. Mr Koutoulas is the President and lead attorney for the CCC and represented over 10,000 MF Global customers pro bono in the bankruptcy and helped force the full return of $6.7B in customer assets. He then served on the Board of Directors of the National Futures Association for three years.

Mr Koutoulas has appeared on CNBC, Bloomberg, and CNN, as well as being featured in major national print publications such as the Wall Street Journal, New York Times, Fortune, Forbes, and Reuters. Mr Koutoulas testified on improving customer protections before the United States House of Representatives’ Agriculture Committee.