Who is Getting the Vaccine? 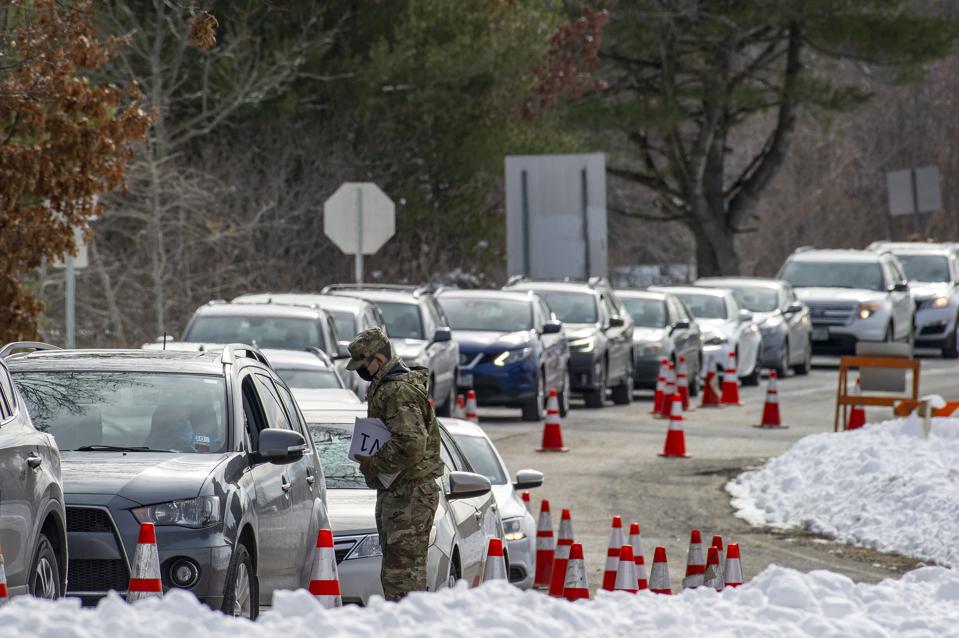 Two things are obvious. Access to the Covid-19 vaccine has not been equal. And in many cases, the distribution is unrelated to medical need or medical risk.

According to one study, among the 23 states that report the details, Black and Latino people received far smaller shares of the vaccine than their share of cases and deaths. For instance, in Mississippi, Black people make up 38% of the population and 41% of the deaths due to COVID-19, but they’ve received just 17% of the vaccinations.

It will be many years before we know all the dimensions of unequal access to the vaccine, but I am confident that much of what we will find was entirely predictable. Why? Because we have had decades of experience with non-price rationing in health systems in cultures similar to ours and the resulting patterns are clear and unmistakable. (Note: some of what follows was previously reported in my congressional testimony.)

The British National Health Service (NHS) was established in 1948 and it has changed very little in structure in 72 years. Canada’s Medicare system was formally established in 1984 as a “single payer” system, although versions of it existed in some provinces for many years before that.

When the NHS was founded, the most important, overriding objective was to make health care free of charge at the point of delivery. The reason: there was a widespread belief that health care should be made available on the basis of medical need and not on the basis of income, or social class, or the ability to pay. It was often said, for example, that “health care is a right.” Aneurin Bevan, father of the NHS, declared, “the essence of a satisfactory health service is that rich and poor are treated alike, that poverty is not a disability and wealth is not advantaged.”

It was fitting therefore, that almost thirty years after the NHS establishment, a Working Group on Inequalities in Health was set up, under the chairmanship of Sir Douglas Black, to study what progress had been made. The results of the 1980 report were shocking. The Black Report found little evidence that the creation of the NHS had equalized health care access or health care outcomes at all. Here are the words of Patrick Jenkin, secretary of state for social services, in his introduction to the report:

“It will come as a disappointment to many that over long periods since the inception of the NHS there is generally little sign of health inequalities in Britain actually diminishing, and in some cases they may be increasing. It will be seen that the Group has reached the view that the causes of health inequalities are so deep rooted that only a major and wide-ranging programme of public expenditure is capable of altering the pattern.”

In other words, 30 years after Britain had nationalized its health care system and replaced private care with public care, it appears that inequalities in access to health care and health care outcomes were not any different than if the NHS had never been established at all!

About two decades later, after politicians in both parties expressed their resolve to improve the state of affairs and vigorously pursue the original objectives of the NHS, a second study, chaired by Sir Donald Acheson (the Acheson Report) was conducted. The findings? Not only had inequalities not diminished since the publication of the Black Report, they appeared to actually have gotten worse.

The British results are not all that unusual. In Canada, studies find that the wealthy and powerful have significantly greater access to medical specialists than less-well-connected poor people. High-profile patients enjoy more frequent services, shorter waiting times and greater choice of specialists. Moreover, among the non-elderly white population, low-income Canadians are 22% more likely to be in poor health than their U.S. counterparts.

Note, however, that what is true in Britain and Canada is also true in other developed countries where government is heavily involved in health care delivery. For OECD countries generally, a 2008 study by health economist Sherry A. Glied found that among people with similar health conditions, “higher income people use the system more intensively and use more costly services than do lower income people.”

Is it possible that low-income Britons and low-income Canadians might have been better off if the government had not nationalized their health care systems? Yes, that is possible. But of greater interest is to understand why inequalities persist in systems nominally dedicated to their removal. That might help us understand our own country’s response to Covid-19.

One reason is the physical distribution of health care resources. In Britain, health care access and health care outcomes are known to vary radically by postcode (the British term for the American zip code). In general, the hospitals with the largest budgets, the most modern equipment and the best doctors are located in the areas of the country where the highest-income Britons live. And that’s not an accident. Where hospital funds are spent is just as much a political decision as any other decision government makes.

Second, higher-income Britons and Canadians are more likely to have a social relationship with their doctors. In both countries there are long waiting lists for hospital procedures. The patient who has dinner with her doctor at a country club is more likely to be able to jump the queue than a carpenter, bricklayer or other tradesman.

Third, in Britain (but not in Canada) high-income patients are more likely to have a financial relationship with their doctors. The British system has a small but important private sector, where patients pay market prices for physician services and the doctors who practice in that sector also have National Health Service hospital privileges. Many employers even offer private health insurance to white-collar workers as an employee benefit. When patients receive their surgery, however, the doctor does it in an NHS hospital, with the NHS paying the bill.

Finally, higher-income, better-educated people are almost always more successful at navigating bureaucratic systems. The British NHS is not like Walmart, which continuously monitors its sales in order to make sure it always has in stock whatever its customers want, when they want it. It’s more like a Department of Motor Vehicles, where the lives of employees are improved if the customers get tired of waiting and go home. Rationing by waiting is as much an obstacle to care as rationing by price. It seems that the talents and skills that allow people to earn high incomes in the economic marketplace are similar to the talents and skills that are useful in successfully circumventing bureaucratically managed waiting lines.

Bottom line: Decades of experience with non-price rationing of health care in countries with cultures very similar to our own provides a ton of evidence that the poor, racial minorities and other marginalized groups rarely make it to the front of the waiting lines.

But what is the alternative? John Cochrane has an excellent post explaining why price rationing is a superior way of distributing vaccines in almost every dimension. Wouldn’t that put the poor at a disadvantage? If it does, we could subsidize their purchases. But even if we don’t do that, studies show that non-market barriers to care (mainly the time cost of care) are a greater deterrent than market barriers (mainly prices) in impeding access to care for low-income families.