Opioids Are Killing Us: Here’s What We Can Do About It 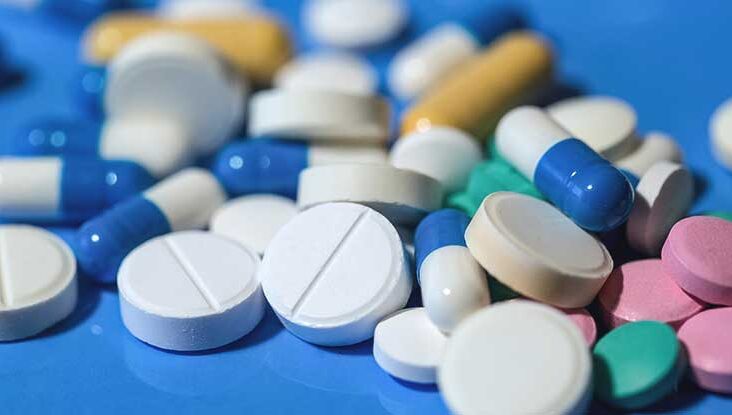 This article is coauthored by Lawrence Wedekind

More than 61,300 people in the U.S. died from drug overdoses in 2017, up from the previous year’s record of 54,800. (See the graphic.) That’s more than the number of Americans who died in the Vietnam War. And it’s happening every year.

Opioids are directly or indirectly responsible for about 70 percent of those overdose deaths. 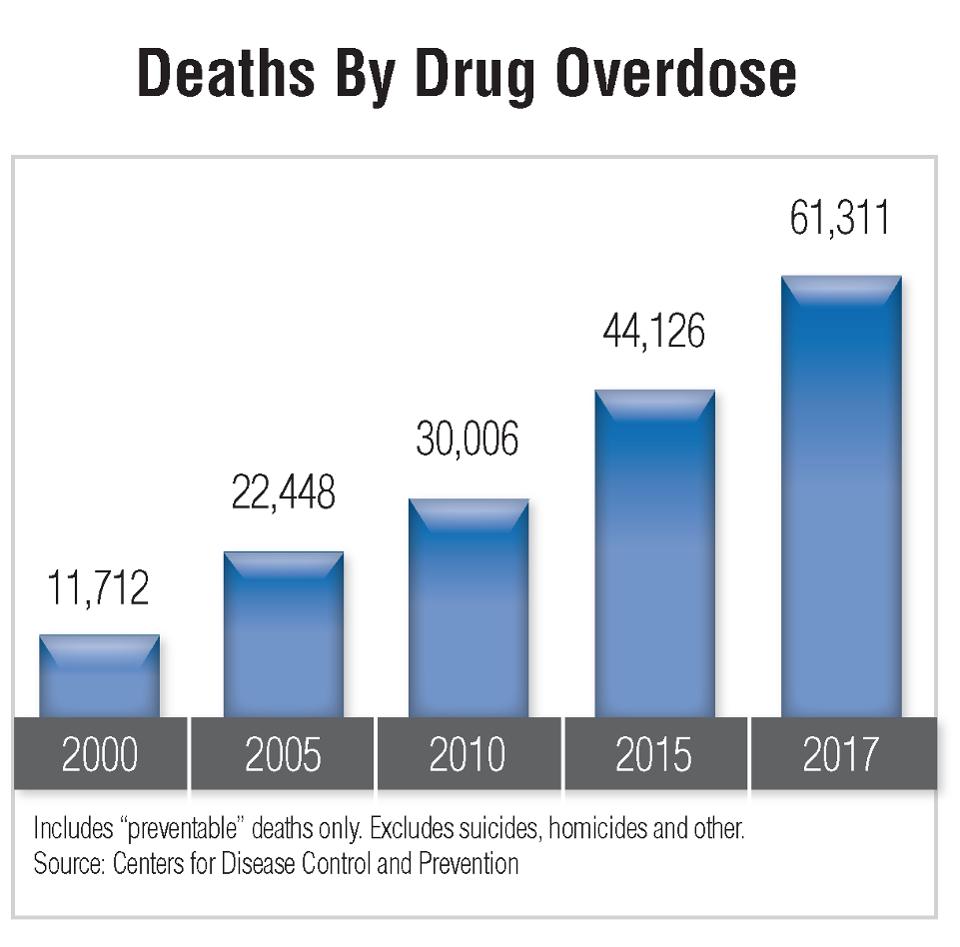 Why Are Opioids So Harmful?

Anyone who takes an opioid, legal or illegal, is at risk of becoming addicted. Why? Opioids work on your brain in a manner that is different from all other addictive substances. Opioids target your brain’s neurotransmitters and become substitute endorphins that mimic your body’s natural endorphins like dopamine and serotonin.  Over time, your brain slows the natural production of endorphins. At this point, addicts  feel they must take drugs in order to experience normal feelings of happiness, pleasure, fun, or normal day-to-day emotions.

When someone who is addicted stops taking the substitute endorphin (the opioid), the body experiences extreme withdrawal symptoms. Restoring the production of endorphins by means of a “fix” replaces every other desire in an opioid addict. This need becomes all that the addict cares about. It destroys all other human relationships and all other purposeful activity.

How Do People Become Addicted?

In most cases it’s by accident. About 80 percent of opioid addiction is caused by doctor prescribed pain pills. As far as pain relievers go, opioids are top of the line. They work and they work really well. That’ s why doctors prescribe them.

It has long been known that patients can become addicted to almost any pain reliever. But it has been only recently that most doctors have become aware that the danger from opioid addition belongs in a class by itself.

Finding a Cure: What Are We Doing Wrong?

The current system involves admitting opioid dependents into inpatient facilities for detox and a 30- to 60-day intensive inpatient rehabilitation. Then, at a time when patients are most vulnerable and need professional guidance and an accountability system to transition safely into long term sober living, they are typically released back into the same environment from which they were rescued. Regrettably, many behavioral health professionals believe that transferring newly recovered opioid users into clinic-based Medication Assisted Treatment (M.A.T.) is the preferred pathway to long term sobriety and functional living. The two primary drugs used for this purpose are Methadone and Suboxone.

Unfortunately, these two chemical substitutes for opioids are much tougher to detox from.. In general, the detoxification is often three to four times longer than it is for heroin or opioids. The withdrawal period is very long and painful. It is also very difficult to wean addicts off of M.A.T. completely. Although the use of these substitute drugs does stop opioid withdrawals, it does not satisfy their cravings for opioids.

Only one in five opioid dependents is receiving help from M.A.T. clinics nationwide. However, from 75% to  84% of all addicts, on average, utilizing the M.A.T. protocol leave the clinic and go back to the street for their fix from opioid drugs.

Even with the best treatment regime, the addict still must learn how to be sober and function in normal society. Frequently, they lack the skills to become a functional member of society. This inability to cope and become productive leads to depression and anxiety. When they return to addiction, overdosing becomes a high probability because of their new lack of tolerance for their opiate of choice.

The reason relapse is so common is because patients are not being attended at their time of greatest need for support. This is the point at which their body has been detoxed of the addicting drugs, but prior to its natural endorphin production. Lacking the necessary transitional support for successful long-term recovery, the addict is completely vulnerable to relapse, overdose, and death.

Finding a Cure: A Solution That Works

There are two elements: (1) a microcurrent neurofeedback mechanism that allows the brain to heal and to begin natural endorphin production after years of opioid use and (2) a two-year regime of recovery and support by trained professionals.

Instead of drug therapy, a highly effective microcurrent neurofeedback technology called IASIS permits patients and their doctors to literally reboot the brain. Many MDs and licensed clinicians are now using IASIS in their offices to treat a range of neurological and behavioral issues, including opioid addiction, other addictions, mTBI, PTSD, ADD, ADHD, anxiety, autism, depression, migraines, pain, and many others. This procedure needs to be supplemented by professionals who serve as an ongoing recovery support team (RST).

Evidence that these two therapies work and work well is summarized at the Matthews Hope Foundation website. Furthermore, the cost is about one fifth the cost of M.A.T. therapy.

What the Trump Administration Can Do

The way providers get paid in our health care system is by means of Current Procedural Terminology (CPT) codes. In general, if there is no code for a therapy, there is no third-party payment. Regrettably, there is no CPT code for IASIS technology or for long-term RST services.  The Trump administration should jump-start a solution by creating such codes under Medicare. It should also use the value-based purchasing strategy being used elsewhere in Medicare. That means, paying more for successful rehabilitation and paying less for relapses.

The private sector tends to piggy back on whatever Medicare does.

What Congress Can Do

Under Obamacare, there has been a race to the bottom in the individual health insurance marketplace. Health plans are trying to attract the healthy and avoid the sick. For opioid addiction, they don’t want the patient in the first place; and if an enrollee overdoses and dies, that actually improves the plan’s bottom line.

Obamacare is in desperate need of reform. Centers of excellence should be encouraged to enter the market and compete to treat the most difficult health care problems. They will not do so unless there is a financial mechanism to reward them.

The Goodman Institute has outlined  how to do that at its website.