Democrats’ Health Care Debate: Clinton And Sanders Are Both Wrong 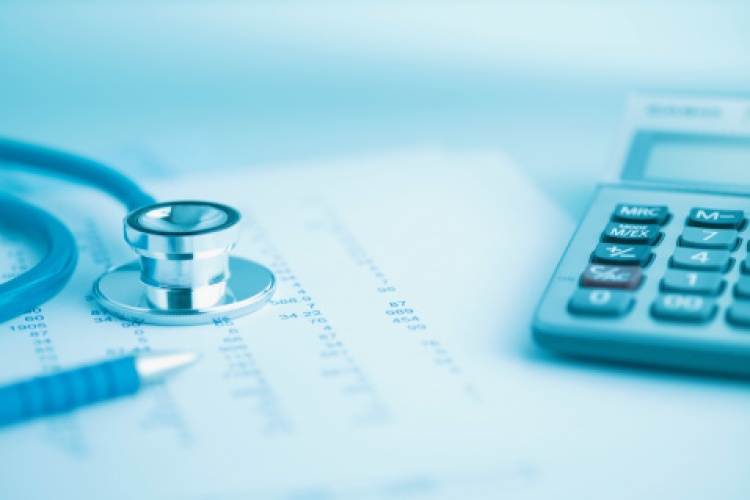 Republicans aren’t the only ones who want to repeal and replace ObamaCare. Count Bernie Sanders in as well. Sanders is calling for single payer health care system, which he also calls “Medicare for all.” Hillary Clinton doesn’t just reject that idea, she is attacking it. And that’s a rarity for a Democratic candidate for president. A Kaiser Foundation poll finds that 81% of Democrats favor “Medicare for all.”

Even before last night’s debate, the two were duking it out.  “My view is, we shouldn’t be ripping up Obamacare and starting over,” Clinton says. “If you’re going to say free health care… you owe it to voters to say this is what it will cost,” she adds.  Sanders is dismayed. “Now she’s attacking me because I support universal health care,” he complains.

Even Chelsea Clinton has gotten into the feud, sounding surprisingly like a Republican in her attacks on Sanders.

So who is right? Hillary or Bernie? They’re both wrong.

Clinton is wrong in her defense of Obamacare, which will continue to have huge problems, even with her recently proposed tweak. Readers can find an explanation of the worst problems in Obamacare and how to fix them in my book, A Better Choice: Healthcare Solutions for America and in the summary of the book at the Health Affairs blog. I won’t repeat all that here.

Sanders is wrong about Medicare for all.

Seniors like Medicare because the premiums they pay cover only 13 percent of Medicare’s true cost. Just about any health plan will look attractive if you only have to pay 13 cents on the dollar to join. But since there is no such thing as a free lunch, if we enroll the rest of the population in Medicare, somebody, somewhere has to pay for it. Assuming we could collect enough in premiums and taxes to pay for all that, is it a good use of money?

A persistent myth on the left is that government run health care is less costly than private sector health care. Yet, virtually every politician (Democrat or Republican) at the state and local level has firsthand evidence that the myth is not true. Roughly two-thirds of all Medicaid enrollees (mainly everyone, except the elderly and the disabled) is enrolled in a private plan that is contracting with Medicaid – and this is true in Blue states as well as Red ones.

Why are the states contracting out to the private sector? Because it’s cheaper than running the program themselves.

In Medicare, the picture is much the same. The Medicare drug benefit is administered entirely through private plans and almost one in every three beneficiaries has opted out of traditional Medicare entirely and into private Medicare Advantage (MA) plans. Several studies have established that MA plans are providing higher valued services at a lower social cost than Medicare itself. (See this Health Affairs review of the literature by Thomas Miller and James Capretta.) That’s why everyone expects the program to grow in the future.

And these studies are looking at Medicare Advantage as a whole. A subset of these plans, administered by independent doctor associations, is providing the most cost effective care in the country. (See my description here.)

And, although it is a rarely reported fact, the Obama administration is busily privatizing the rest of Medicare by pushing seniors in traditional Medicare into Accountable Care Organizations (ACOs). These include for-profit and nonprofit plans and for reasons I have explained elsewhere they are not nearly as effective as the best MA plans. Even so, the Obama administration is convinced that private is better than public as far as health care is concerned.

So what is it that Bernie Sanders knows that nobody else seems to know? Sanders claims that a single payer (i.e., government) as a monopsony buyer would have the power to negotiate lower prices than multiple buyers could negotiate on their own and in that way would significantly lower the cost of health care.

First, Medicare doesn’t negotiate with anyone. It simply puts out a price list and doctors, hospitals and other providers can take it or leave it.

Second, if Sanders thinks that these prices are ideal, we do not need to enroll everyone in Medicare to achieve them. We could simply pass a price control law requiring all providers to charge no more than the Medicare rate to all patients. Voila. Goal achieved.

Third, almost everybody who talks this way thinks that nothing bad will happen as a result of Medicare-like price controls. The only change is that doctors and hospital personnel will have smaller bank accounts. But if that’s all there is to it, a far simpler way to achieve that goal is to forget all the prices, impose a surtax on the income of doctors and hospital employees and give the money to buyers of health insurance by means of a tax rebate. Voila, again. Goal achieved at 1/100th of the cost.

However (and this is number four), all of Medicare’s prices are wrong. In Health Affairs, Tom Saving and I pointed out that on any given day Medicare is trying to set 12 billion prices. There is no way on God’s green earth that all those prices can be right. And when providers face wrong prices, they misallocate and waste resources in ways that are detrimental to patients.

The MA plans run by independent doctors associations pay doctors more than Medicare rates, even though they don’t have to. Why? Because they want the doctors to provide a difference package of services with the goal of keeping patients out of the hospital. To the extent that they achieve that goal, overall costs are lower.

Sanders also thinks you can save money by removing profit from health insurance and health care delivery. That‘s bad economics in general and bad health economics in particular. (See Why Making a Profit in Health Care is Good.)

Finally, as I have pointed out in a previous Forbes post, there is not a single problem with Obamacare that would go away with Medicare for all:

The Individual mandate won’t go away. Otherwise people will game the system and only sign up when they are sick.

The employer mandate won’t go away. There is no way to finance universal coverage without seizing all the money employers are now spending on health insurance or seizing an equivalent sum (which unquestionably will occur at the place of work).

Individual premiums (tied to income) won’t go away. We already have that in Medicare Part B.

All the problems with the exchanges won’t go away. The way seniors enter Medicare Advantage plans is through an exchange!

And as for the cost of Medicare for all, Avik Roy’s post this morning estimates that at a minimum it is $28 trillion over the next 10 years.

This article was originally posted at Forbes on January 18, 2016.

← One Hospital Tells You What You Will Have To Pay – Before The Surgery Why Are Some People Healthier Than Others? →