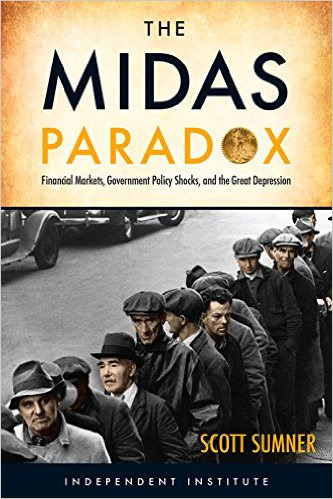 The Midas Paradox: Financial Markets, Government Policy Shocks and the Great Depression is the culmination of 30 years of work and it draws on previously unpublished data to give us a fresh look at the most important economic event in the history of the American Republic. Sumner concludes that Franklin Roosevelt made the Depression last 7 to 8 years longer than it needed to because of his attempts to artificially raise wages.

During the 1930s there were five big, government-induced wage shocks, each of which tended to abort otherwise promising recoveries in industrial production. In each case, higher wages led to lower output.

The book is reviewed by John Goodman and Thomas Saving in the next issue of the National Association for Business Economics NABE Journal.