Is ObamaCare Good For The Middle Class? 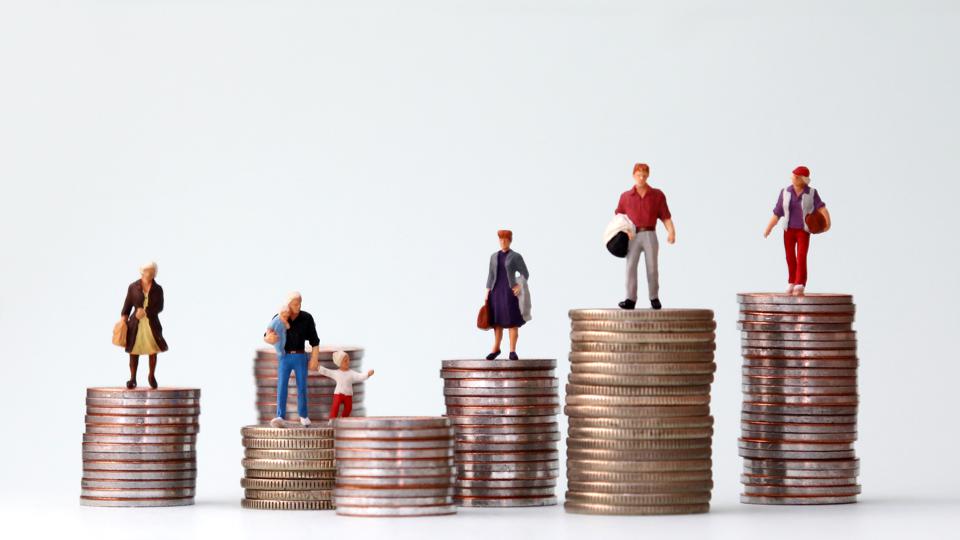 Apparently not. For every person who has obtained insurance in the (ObamaCare) exchanges, there are two other eligible people who have not enrolled. We now have a good idea why that is.

For the previously uninsured, out of pocket costs for medical care go up — even after the federal subsidies. On the plus side, they do consume more medical care once they are insured. And there is some value in the risk reduction insurance provides. But these advantages are not enough to offset the financial loss for almost everyone above 250 percent of the federal poverty level. Even the ObamaCare mandate’s threatened penalties are not enough to make ObamaCare insurance attractive to the vast majority of the uninsured middle class.

That’s the conclusion of a new NBER Working Paper by Wharton School economists Mark Pauly, Adam Leive and Scott Harrington. The conclusion is consistent with the evidence on enrollment. About 83 percent of people obtaining insurance in the exchanges have incomes below 250 percent of poverty and above that level enrollment drops off sharply as income increases. (See the chart below.) 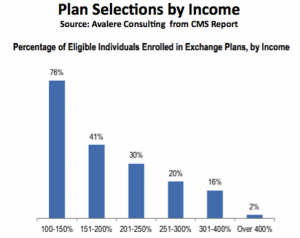 What accounts for these results? To begin with, the authors point out that the uninsured at almost every income level have implicit insurance – someone else pays most of their medical bills. On the average, they consume less than half of the medical care consumed by people with insurance. And they pay only about 25 percent of the cost of the care they do consume (“more generous than a Bronze plan and similar to that for a Silver plan”). When they obtain insurance in the exchange, they give up this de facto insurance and obtain the coverage the new health law requires.

Looking at the second lowest cost Silver plan and the lowest cost Bronze plan, the Wharton economists calculate the premium that must be paid (net of subsidies) and the out of pocket expense incurred once people obtain the insurance and take advantage of it. At almost every income level people end up spending more.

The results of the study are summarized by the authors this way:

Our estimates indicate that the majority of the previously uninsured would be subject to substantial negative financial impacts by purchasing insurance on exchanges in response to the [Affordable Care Act]. Impacts on welfare are less stark, with potential gains at low income and high-risk levels. However, many of the non-poor formerly uninsured are estimated to be worse off because the subsidies are not large enough and coverage not generous enough to offset their new obligation to pay part of the premium along with required cost sharing. This loss contributes to the relatively low estimated takeup rates to date for exchange coverage for persons who do not qualify for large premium subsidies and cost sharing subsidies.

This article was originally posted at Forbes on October 8, 2015.

← Are High Deductibles A Good Thing Or A Bad Thing? What Health Policy Analysts Can Learn From Development Economics →