What Health Policy Analysts Can Learn From Development Economics 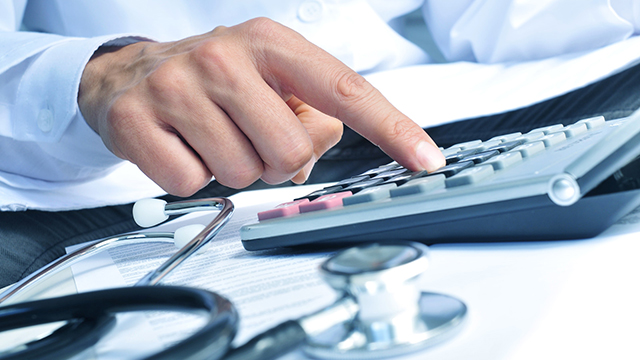 Have you ever wondered why some countries seem completely dysfunctional — enjoying no economic growth or even negative growth and serving as home to millions of people who live on the income equivalent of one or two dollars a day?

In 1993, a group of economists developed a model which appears to theoretically explain this phenomenon quite well. As it turns out, the very same model can be used to explain the dysfunctionality in our health care system. It can also help us understand why so many proposed reforms are completely wrongheaded.

In the 1993 paper, Kevin Murphy and Robert Vishny (University of Chicago) and Andrei Shleifer (Harvard) distinguish between productive activities and rent-seeking. Production means producing valuable goods and services. Rent-seeking means fighting over the spoils, once production has occurred.

In less developed countries, farmers typically can produce cash crops (subsistence level farming) or they can produce potentially more valuable crops to sell in a marketplace. Agriculture markets, however, are regulated in almost every country and it is here that rent-seeking warfare takes place among various special interests. Think of the difference between the cost of producing a crop and its value to consumers as a surplus. The rent seekers battle over how much of the surplus farmers get to keep, how much goes to city dwellers, how much goes to exporters, etc.

With those basic concepts (and really not much more) the economists were able to deduce some profound implications:

How Does All This Relate To Health Care?

Think of the health care markets where third-party payers are not involved as similar to the cash crops of the less developed world. These include the markets for cosmetic and Lasik surgery, walk-in clinics, surgical centers and other commercial outlets, concierge medicine, online mail house pharmacies, and traditional indemnity insurance transactions (where the patient pays and is later reimbursed). In each of these markets patients tend to know what service they paid for and how much they paid. These markets tend to be competitive and transparent.

Contrast that with the third-party payer sector. In this sector patients typically don’t know what they paid for or how much they (or their insurer) paid and even if they later find out there is not much they can do about it. This is similar to the lack of well-defined property rights and absence of a rule of law in the less developed world. How much money is transferred from payers to providers is imperfectly regulated either by the laws of economics or the provisions of legal contracts.

The third-party payer sector of the health care system, therefore, is ripe for rent-seeking. The entire controversy over upcoding is an example of this and two of the predictions from the economists’ model seem to be born out: we are getting escalating activity and there are multiple equilibria. According to a report by the Center for Public Integrity:

The payers, of course, are developing strategies to combat this escalation, and most health policy analysts (at least implicitly) side with the payers. But we shouldn’t let this questionable loyalty blind ourselves to the reality: The payers are just as much rent-seekers as the providers. Moreover, the fact that rent-seeking is an alternative to productive activity applies to both sides of the market.

In warfare, when one side changes tactics, the other side typically changes tactics as well. For example, Medicare has a number of initiatives designed to “pay for performance,” and it’s aggressiveness on penalizing hospitals for their readmissions is being touted as an example of how well this form of rent-seeking appears to work.

But on closer inspection, it turns out that more than two-thirds of the improvement is the result of hospitals gaming the system by classifying return visits as “observation stays” and “emergency room visits” rather than “readmissions.”

One other prediction of the economic model appears to be born out in health care. It is quite surprising to realize how many innovations designed to lower cost, raise quality, and increase access to care are not paid for by third party payers. For example:

What lessons are there in all of this for health care reform? The most important lesson is to realize that the buyers of care are engaged in rent-seeking warfare with the providers. Based on all the evidence so far, they are not nearly as good at this as the providers. But even if they managed to be better, rent-seeking takes time, energy, and money away from other things we value in life.

The alternative to rent-seeking is to rely on real markets. Canadians who come to the United States for joint replacements face transparent, package prices and pay half of what a typical American patient pays for a knee replacement. If the Canadians have figured out how to do that, can’t we figure it out as well?

As readers of Health Affairs know, WellPoint (Anthem) in California told the employees and their families and retirees of the state of California they had only $30,000 to spend on hip and knee replacements and so the insurer stopped negotiating with doctors and hospitals over price. Within two years the average cost of a joint replacement for CALPERS enrollees was less than $30,000.

This last example illustrates what is most important in determining how health care markets function. The crucial issue is not whether an insurer is involved. It is who pays the marginal cost of the procedure. If the insurer is paying for all the costs at the margin, rent-seeking battles over price will not affect patient behavior. But if patients are paying the last dollar, providers will be forced to compete for patients on the basis of price, quality, and access to care. Reference pricing is a way to have the benefits of third party insurance and the benefits of market-based competition at the same time.

One final issue concerns the matter of size. A lot of casual observers are misled into to thinking that a large buyer of care (such as an insurance company, a large employer, or even the government) has a natural advantage over, say, a single doctor providing patient services. But the doctor is present at the time the services are delivered and at the time the coding is done, while the buyer is in some distant place — far away. This countervailing advantage often turns out to more than make up for lack of size in a rent-seeking environment.

Similarly, a large hospital would seem to have a bargaining advantage over a single patient, when patients are paying the marginal cost of the services. But, just as Walmart would go broke if each of its customers individually turned to Costco, in a competitive hospital market patients spending their own dollars are a powerful force if there is price competition and if patients have alternatives.

← Is ObamaCare Good For The Middle Class? How Government Regulation Is Undermining Mental Health Care →