The Promise Of America: Opportunity, Not Equality 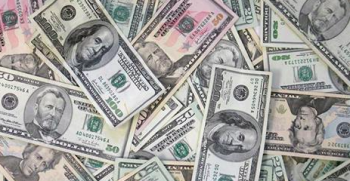 The topic de jure for the chattering class these days is inequality. In fact, it’s hard to pick up a copy of The New York Times or the Washington Post these days without encountering at least one article on the topic.

But there is one very large group of people who apparently could care less about the subject. They are called voters.

Brookings Institution scholar Bill Galston had a nice summary of the lay of the land in yesterday’s Wall Street journal. A CBS News poll finds that only 4% of Americans consider income disparities as the most important problem facing the country. Only 2% told Gallup that the income gap was at the top of their list.

If you find this surprising, remember: we are all immigrants. Or descendants of immigrants. Every time a penniless immigrant stepped off a boat and set foot on our shores the distribution of income became more unequal. And the immigrant was the poorest of the lot. Yet historically, nobody saw this as a problem. Remember the inscription on the Statue of Liberty:

Give me your tired, your poor, Your huddled masses yearning to breathe free …

Don’t they understand how bad inequality is? Apparently not.

Galston reports that a Brookings study finds there has been no increase in public support for more redistribution of income, despite rising inequality in recent years. In fact, in a study for Public Opinion Quarterly, Matthew Luttig found that support for redistribution might actually be falling.

Clearly there is a huge disconnect between the pundit class and the broad middle class. And it’s not just a disconnect on inequality as such. There is also a disconnect over how much taxes even the rich should pay. While Paul Krugman longs for the days when the IRS tried to take 90% from the highest income earners, A National Bureau of Economic Research working paper finds that the general public believes the maximum tax rate anyone should pay should be about 28%.

Moreover, there are reasons to believe that the public at large doesn’t even think about inequality the way the chattering class talks about it. Economists who measure these things, imply that money income is the only relevant standard. But is that the way most people think? Certainly not college professors. Most of them could easily earn more income if they traded the comfortable life they enjoy in the academy for kind of nine-to-five job other people are used to. A lot of other people also don’t consider money the best measure of wellbeing.

Steven Quartz and Anette Asp, writing in The New York Times say that:

A new generation of ethnographers has discovered an explosion of consumer lifestyles and product diversification in recent decades. From evangelical Christian Harley-Davidson owners, who huddle together around a motorcycle’s radio listening to a service on Sunday mornings, to lifestyles organized around musical tastes, from the solidarity of punk rockers to yoga gatherings, from meditation retreats to book clubs, we use products to create and experience community. These communities often represent a consumer micro-culture, a “brand community,” or tribe, with its own values and norms about status.

That brings us back to this question: if money isn’t the most important thing to the most vocal social critics, why do they keep harping on it” More on that in a future column.

← Why Are The Obamacare Exchanges Such A Mess? Why Do We Have A Death Tax? →