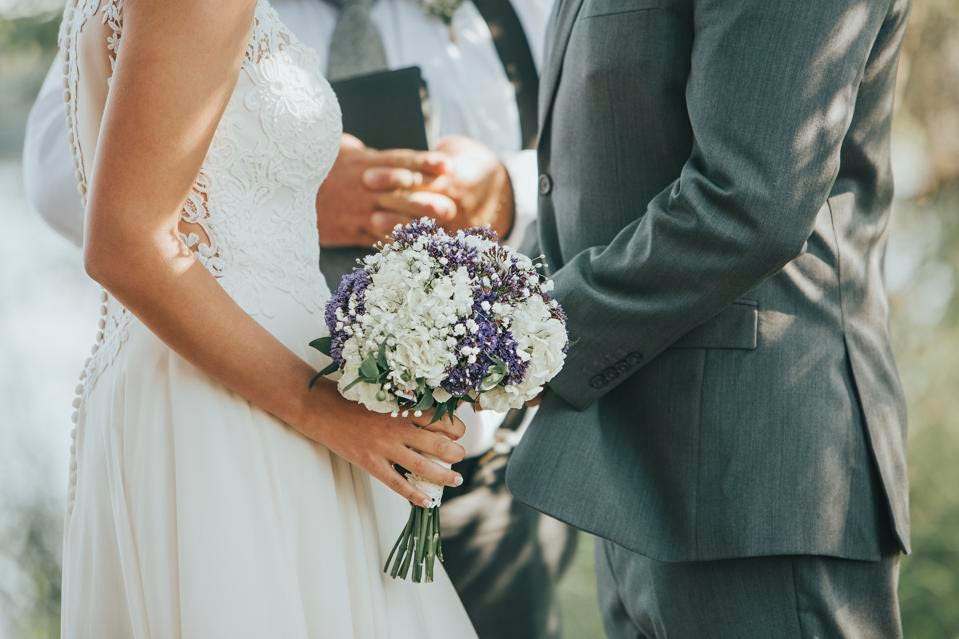 Young adults with low- or middle-income jobs pay a heavy price if they marry. GETTY

Economists, tax specialists and even ordinary people have long known that public policies can make marriage very unattractive. At the lower end of the income spectrum, marriage can lead to a significant loss of entitlement benefits. At the high end, couples who marry may face substantially higher income taxes.

There are many reasons to care about this. Academic studies find that marriage stabilizes relationships, improves children’s outcomes and facilitates the development of labor market skills for the adults. In general, marriage is correlated with economic well-being. One study reports that married couples’ average per capita wealth is more than twice that of the never-married.

Until recently researchers have not had the tools to fully measure the full extent of government-created marriage penalties. A new study by Boston University economist Laurence Kotlikoff and his colleagues gives us the most accurate estimate to date.

The study includes more than 30 different federal and state entitlement programs – all of which condition benefits on the beneficiaries’ incomes. In addition to federal income and payroll taxes, it includes the tax rates in the 50 states and the District of Columbia. And it includes the effects of marriage on such elderly entitlement benefits as Social Security and Medicare. No previous study comes close to this level of careful measurement.

One finding: young adults with low- or middle-income jobs pay a heavy price if they marry. When higher tax rates are combined with a reduction in welfare/entitlement benefits, the economic loss from marriage is equal to between one-and-a-half and two years of income, on average.

· If both individuals earn $10 an hour, getting married will lower their lifetime income by more than $70,000, on average.

Note that these are only averages. Some couples face marriage burdens that are much higher. In the worst case researchers discovered, getting married has a lifetime cost that is equal to 20 years of income! This occurs when marriage makes a family’s income too high to qualify for Medicaid, but too low to qualify for an Obamacare subsidy in states that have not expanded Medicaid.

The marriage tax differs depending on where people live and what entitlement programs they enroll in. Programs such as Medicaid, for example, vary a lot from state to state in terms of eligibility and the generosity of benefits. To take one example, the overall marriage penalty in Hawaii is twice the size of the one in New Mexico.

One finding of the study is not very surprising: the marriage penalty affects low-income couples more than high-income couples. Take individuals with incomes between $26,000 and $40,000. On the average, they face a marriage tax rate that is more than twice the rate for the 20 percent of families with the highest incomes.

For couples who earn $26,000 or less, the biggest components of the marriage tax are the potential loss of Medicaid and food stamps. These losses are partially offset by an actual gain from income tax credits and larger subsidies in the Obamacare health insurance exchanges.

For couples at higher income levels, the potential loss of Medicaid and food stamp benefits becomes less important, and the Obamacare subsidies begin to penalize marriage. For couples who earn more than $100,000, two-thirds of the marriage penalty is created by the tax law alone – because of the couple’s inability to file completely separate tax returns.

To make matters worse, the same fiscal system that creates a marriage penalty also imposes very high marginal tax rates on labor income, especially on people at the low end of the income spectrum. We are discouraging marriage and productive work at the same time with the same policies.

Is it possible to have a compassionate fiscal system that does not create these perverse incentives?

Replacing our income tax system with a flat tax or a national sales tax or a value added tax would eliminate the income tax part of the marriage penalty. Under such tax regimes, couples would have no tax reason to marry or divorce. At a minimum, couples should have an option of filing completely separate tax returns.

What about health care? Through the years there have been a number of proposals to replace all tax and spending health care subsidies with a fixed-sum tax credit for private insurance, regardless of personal income or marital status. For those who decline the opportunity, the credit amount would be sent to a local safety net and communities receiving these funds would be required to establish and provide safety-net care. The most recent bill is sponsored by Rep. Pete Sessions (R-TX).

We already make a great deal of food available to children in a way that avoids perverse incentives. Many large city school districts provide lunch and breakfast without charge to all students, regardless of income, and in the 2020-2021 school year, the federal government extended free meals to all students in every district.

Housing subsidies might be restructured in ways that do not involve an income or marriage test.

There are many good reasons not to get married. Government policies should not be among them.