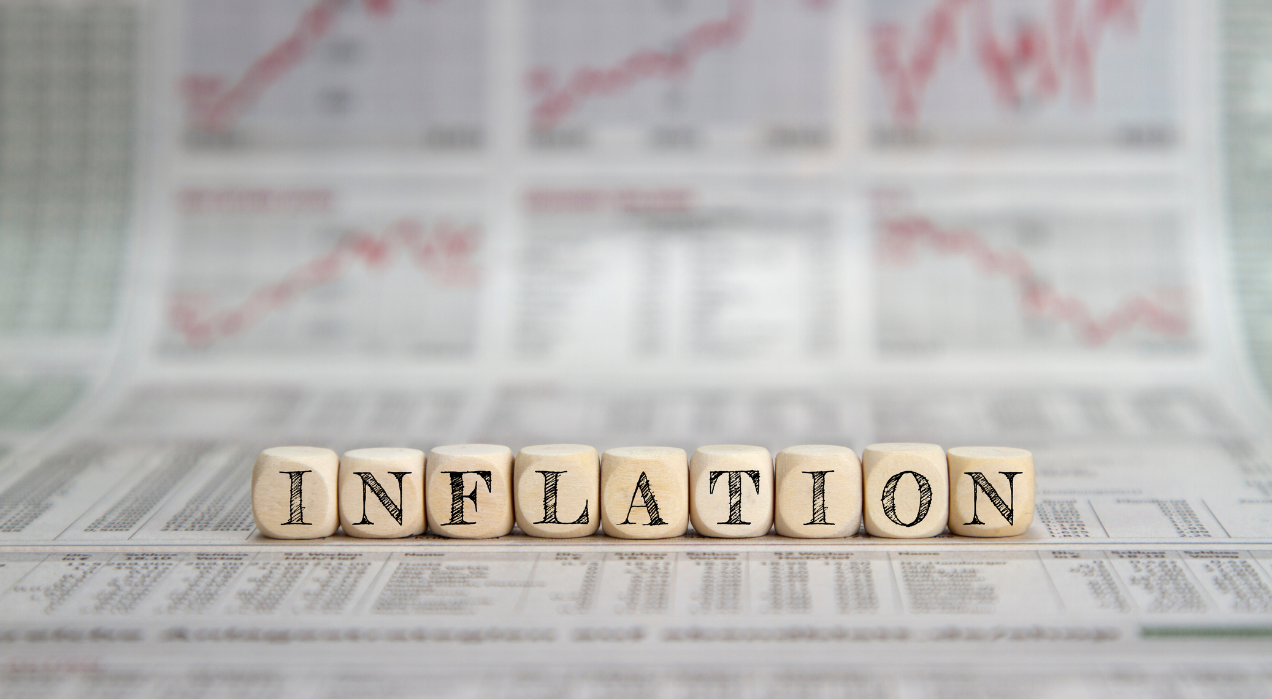 Inflation is running at 8.3 percent annually. This is a retrospective rate. It tells us that prices this April were 8.3 percent higher than last April. On a prospective basis, things look far better. April’s monthly price rise was 0.3 percent, down from 1.2 percent in May. At that pace, inflation over the next twelve months will be just 3.7 percent. The nominal and inflation-indexed bond markets are jointly predicting even less inflation – roughly 3 percent.

But predictions can be far off. Last April, the market predicted annual inflation at less than 1 percent. Moreover, according to the latest data, core inflation is up from 0.3 percent in March to 0.6 percent in April. Core inflation leaves out volatile food and energy prices. If inflation runs at 0.6 percent per month, we’re talking 7.4 percent inflation over the next years.

Can high inflation continue? It can. The bottle necks will ease and grain and energy prices will fall as other countries make up for the reduction in Russian and Ukrainian supplies. But our nation’s long-run fiscal condition is terrible. And, like other countries in fiscal trouble, our country is making money by making money, i.e., by (electronically) printing it. If Congress neither raises taxes nor cuts spending, high inflation could become entrenched.

For retirees living on fixed incomes, inflation at, say, 7.4 percent spells financial ruin. Roughly 12 million retired state and local government workers live on pensions whose COLAs (cost of living adjustments) are typically limited to 2 to 3 percent. Their pensions lost at least 5.5 percent in purchasing power in the past year. A decade of inflation at 8.3 percent will cut their real pension incomes in half. Yes, Social Security benefits are inflation indexed. But most retired police, firefighters, teachers, … receive either no benefits or substantially reduced benefits from the system.

Apart from its impact on real, after-tax pensions and social security, inflation is an investment nightmare for all retirees. It’s crashing stock and bond markets, in large part due to the enormous uncertainty about its future course. For those fleeing to cash, Treasuries, or the equivalents, inflation is turning those “safe havens” into guaranteed losers.

Say you placed $100K in a checking account over the past year because you were worried the stock market was overvalued and the bond market would get crushed by rising interest rates. Well, your flight to safety cost you $8,300 in purchasing power.

What about buying inflation indexed bonds, called TIPS (Treasury Inflation Protected Securities). If you buy and hold TIPS, your pre-tax real return is guaranteed. But not your after-tax real return since the inflation as well as the real component of the TIPS return is subject to taxation.

I’ve examined the tax hit from inflation from holding TIPS using MaxiFi Planner – a financial planning tool marketed by my company. Of course, every case differs. But I considered a hypothetical 65-year-old, call her Maya, with $2 million invested in 30-year TIPS with a zero real yield. If inflation runs at 7 percent, rather than 0 percent year after year during her retirement, her real lifetime spending will fall by 14 percent. If Maya currently has $5 million, the hit is 28 percent.

In short, inflation, at least for now, is crazy high. And it’s jeopardizing the finances of retirees whether they are on fixed incomes, collecting Social Security, or investing in what should protect them from inflation, namely TIPS.

There are three easy ways Congress can protect the elderly from inflation. First, it can index Social Security benefit-taxation thresholds. Second, it can change the tax treatment of TIPS so that only the real component of the return is taxed. Third, it can let retirees swap survival-contingent future nominal income for survival-contingent inflation-indexed income of the same current (present) value.

Thus, a 70-year-old retired Detroit policeman, Steve, could agree to pay the $50,000 pension benefit she’ll collect at age 80 to Uncle Sam for, say, $45,000 in inflation-indexed dollars. This assumes today’s market value of the $50K age-80 nominal benefit is the same as today’s market value of the age-80 $45K real payout. If Steve doesn’t hand over the $50K at 80, he won’t receive the $45K inflation-adjusted payout.

No one knows how long inflation will last, let alone its future rate. But there is no reason for Congress to let inflation financially terrorize America’s 64 million retirees.