Is Democracy Under Siege? 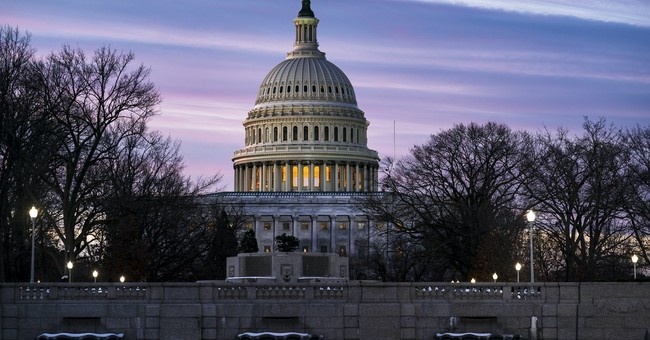 Over the past two decades the American public has become increasingly polarized. So much so, that it’s hard to bring up a public policy topic that doesn’t immediately cause discord.

Yet there is one subject on which the left and right agree: democracy is being threatened to an extent perhaps not seen since the Civil War. When asked, “What is the thing that worries you and keeps you up at night?” Vice President Kamala Harris replied “democracy.” Fox News commentator Tucker Carlson couldn’t agree more.

There is just one problem. Each side thinks the threat to democracy is coming from the other side.

The New York Times ushered in the New Year with one of the most divisive editorials (by the entire editorial board!) the newspaper has ever published. The Republican Party has become “an existential threat” that is “openly contemptuous of democracy” and “is willing to use violence to achieve its ends,” declared the Times.

At the state level, Republicans are undermining elections with “subversion and sabotage.” At the national level, the party is likened to “authoritarian movements the world over.” “Democracy is in grave danger” says the Times, and the only hope is for Democrats “to win elections and help protect the basic functions of democracy.”

The chief villain in the left’s view of the world is, of course, Donald Trump – who is often described as “authoritarian” and “anti-democratic.” But how well does that description hold up?

The answer in each case is clearly “no.” Yet these things were done by Trump’s enemies. And they were done with no objection and general encouragement from the New York Times, the Washington Post and the mainstream broadcast media.

It is true that Trump believes the last election was stolen from him. But Hillary Clinton and Stacey Abrams say the same thing about their losses. And the false idea that George W. Bush became president because the 2000 election was stolen continues to be a liberal article of faith.

Perhaps the most ludicrous worry on the left is that Donald Trump was plotting a coup d’état, or that a re-elected Donald Trump might declare himself dictator for life.

People who fret over this idea are ignoring the degree to which “woke” liberalism has captured all of the institutions of power in our society: the armed forces, the CIA, the FBI, the federal workforce, the high-tech industries, virtually all large businesses, etc. Donald Trump might be really popular at a NASCAR race. But that would be of little value if he were inclined to seize power in Washington, D.C.

Then there is the misplaced worry about suppressing the right to vote. As John Fund explains in “Stealing Elections” and Larry Sabato and Glenn Simpson explain in “Dirty Little Secrets,” voter fraud tends to be disproportionately a Democratic Party phenomenon. It mainly takes place in large cities, among the minority population. Although fraud is not widespread (as the mainstream media constantly reminds us), in a close election it doesn’t have to be. Lyndon Johnson got to the Senate and later became president of the United States because his supporters stole 200 votes in a South Texas county.

Most Republican voter reforms are designed to make it easier to vote, but harder to cheat. They generally are no more restrictive than rules that have prevailed in Joe Biden’s home state of Delaware for many years. They are generally laxer than the rules in place in many other democracies around the world. Further, such reforms as “voter ID” have strong public support.

There is almost no appetite on the right for changing the fundamental institutions of our democracy. But there is on the left – from eliminating the Senate filibuster to firing the Parliamentarian to packing the Supreme Court, or even eliminating it! The current court is probably more faithful to the Constitution than any in recent memory. Yet, writing in The New York Times, long-time court watcher Linda Greenhouse questions whether “the court can be counted on to protect democracy from a Republican-led assault now taking place before our eyes.”

On balance, Tucker Carlson has far more to worry about than Kamala Harris does. And, the assault on democracy from the left is not limited to our own country. It is worldwide. Writing at Law & Liberty, constitutional law professor John O. McGinnis notes that there is an international assault on the values of classical liberalism that became even more evident in 2021:

“Its recession is global – spanning the Americas and enveloping Europe and Asia. It is pan-ideological: not only are free nations becoming less free, unfree nations are becoming more unfree. It is not only that the left is moving farther left but the parties of the right, currently the best political hope for classical liberalism, are turning to various forms of illiberalism. And the results for policy have been comprehensively deleterious, threatening to reorient everything from free trade to competition law to social insurance in a more statist direction.”

Finally, what about the idea of using violence to pursue political ends? I don’t recall any participant in the Jan. 6 invasion of the Capitol promising that if they don’t get their way, they will be back with another invasion tomorrow, or next week, or next month.

But this is exactly what leftwing rioters have threatened in Portland, Seattle and other cities. Using violence to achieve political ends is what leftwing radicalism is all about.

← The Goodman Institute - Seven Years On Financial Planning for Dummies →