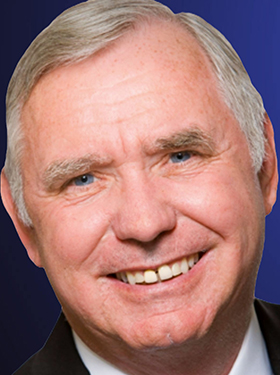 Robert Moffit, PhD is the Director of the Center for Health Policy Studies at the Heritage Foundation, a conservative think-tank based in Washington D.C.

After joining the Heritage Foundation in 1991, Dr Moffit’s first task was to frame Heritage’s response to President Clinton’s plan to nationalize the country’s health care system. He started by isolating himself in a room with nothing but the 1,342-page proposal and a few yellow legal pads. After five days of reading and taking notes, he drafted The Heritage Foundation’s analysis of the Clintons’ mammoth plan. His efforts paid off in 1993. The Washington Post ran a feature story detailing Moffit’s criticisms of the Clinton proposal, and newspapers around the country praised Heritage’s proposal for a consumer-driven health care policy that would provide tax credits to help people buy their health insurance from whomever they choose.

Nearly a decade later, debates continue over how to reform Medicare, how to ensure access to prescription drugs, and how to improve healthcare coverage levels. Dr Moffit continues to be an advocate of a consumer-driven approach: He recommends that the government adopt a program for Medicare similar to the Federal Employee Health Benefits Plan (FEHBP), which Moffit became familiar with while working at OPM, the agency that runs the program. FEHBP allows Members of Congress and federal workers to select coverage from a variety of competing for health plans. In 1992, he chastised Congress for “keeping this system exclusively for itself and federal workers while considering ways to impose vastly inferior systems on almost all [other] Americans.”

Dr. Moffit received his B.A in political science from LaSalle University in Philadelphia and his doctorate from the University of Arizona. During the Reagan Administration, he served as the Assistant Director of Congressional Relations in the Office of Personal Management and as the Deputy Assistant Secretary of Health and Human Services.