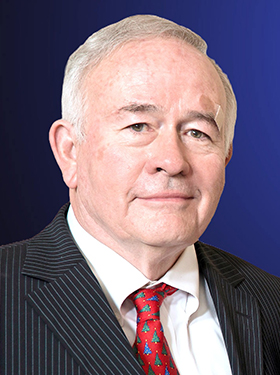 Bob McTeer, PhD is an Economic advisor to Commerce Street Capital and Protiviti, Inc. and serves on the boards of Westwood Holdings, Beal Bank, Refocus Group and Aquinas Companies.

As a Fed policymaker, Dr McTeer gained a national reputation as an independent voice, or maverick, dissenting from the Alan Greenspan majority twice in 1999 and once in 2002. His outspoken views and plain talk got him the labels “Lone Star Loner” and “The Lonesome Dove.” He says he’s been called worse.

Dr McTeer’s free-market views in general and his vigorous support of free-trade, in particular, gave the Dallas Fed its reputation during his tenure as “The Free-Enterprise Fed.” He is a CNBC contributor. He has written for the Wall Street Journal, Financial Times, and other business publications, and he has spoken worldwide. His blog also appears on Forbes.com at http://blogs.forbes.com/bobmcteer/.

Dr McTeer served two years as Chancellor of the Texas A&M University System. He serves on the Board of Directors of Westwood Holdings Group, Beal Bank, Refocus Group and the Aquinas Companies and is an economic advisor to Commerce Street Capital and Protiviti Inc.