It’s time to rapid home-test every American every day 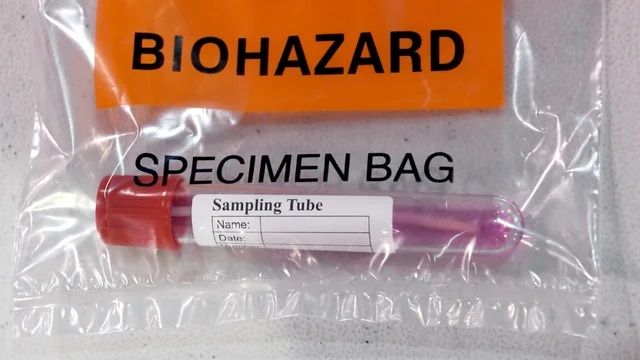 Victory over COVID-19 doesn’t mean eliminating it. That’s impossible given its global spread and mutation. Victory means suppressing it in the same way we have suppressed measles.

Measles is eight times more contagious than COVID. But in the 2019 global outbreak, only 1,282 out of 330 million Americans became infected. The reason is vaccine-induced herd immunity. With over 90 percent of Americans vaccinated, the measles virus almost always jumps from a host to its death — to someone with vaccine-induced immune defenses that will instantly kill it.

This, of course, is the goal of COVID vaccination. But so far only 54 percent of Americans have chosen to become fully vaccinated. Another 13 percent have become infected. This means 67 percent of the population has antibodies against the disease. For the nation as a whole, that’s not very far from the 80 percent minimum needed for herd immunity estimated back in May.

But the 80 percent estimate presumed vaccines could fully prevent infection and transmission, as well as illness. Unfortunately, as we’ve recently discovered, the vaccinated can still get infected, they can still spread the disease and they can still get sick and die.

Yes, the chances of each of these outcomes is significantly reduced by vaccination. Still, the fact that vaccination isn’t a panacea and that its efficacy wanes with time raises the herd immunity threshold, placing everyone – but particularly the unvaccinated, including most of our children – at great risk.

Moreover, the percentage vaccinated ranges from close to 70 percent in Vermont to only 41 percent in Idaho. And where vaccination rates are lower, infection rates are generally higher. Were one part of the country with 80 percent of the population fully vaccinated, with no chance of getting or spreading COVID, and another part with 20 percent of the country entirely unvaccinated, the virus would, absent other measures, potentially infect one-fifth of the population. In short, we need a national, not a local, fix.

When COVID broke out, we locked down, then we opened up and masked, then we tested and masked, and then we vaccinated, unmasked and stopped testing. None of the preventive actions was applied uniformly due to politicians who too often placed their political health above the public’s health.

We can only learn from the past. As for the present, we are, once again, in COVID hell with hospital ERs in Florida and other states full to the brim with COVID patients and COVID daily deaths exceeding 2,000, nationwide. Plus, public schools across the country have fully opened, giving the disease access to tens of millions of unvaccinated children, not to mention their tens of millions of potentially unvaccinated parents and grandparents.

It’s time to once again rethink and reset our COVID-fighting strategy based on the latest knowledge and available weapons. Let’s start with the obvious. Everyone needs to get vaccinated immediately. This includes young children. Pfizer has just reported vaccine efficacy in 5-to-12-year-olds. The Food and Drug Administration (FDA) should issue emergency use authorization for this population and, indeed, for younger children — in days, not weeks.

Second, we need to return to fulltime masking, including of all children in every school in the country.

Third, President Biden should invoke the Defense Procurement Act to mass produce rapid home tests, giving all Americans a year’s supply for free. If the cost per test can be lowered to $1 per day, which it surely can, that’s $365 per person, per year. That’s a highly affordable $117 billion annual cost. Were most or all of us to test every day, COVID would be halted in perhaps two or three weeks.

Rapid tests are highly accurate when they need to be — that is, when people are contagious and have a high viral load. Their cumulative false negative rate is extremely low if the testing is repeated daily, which we’re proposing. Positive test results, whether false or true, would be followed up with confirming PCR tests.

Rapid home tests are painless and take only a few minutes to administer. They would also be voluntary, thus depoliticizing COVID. Vaccine resisters will have a way to protect themselves and others and have the time to rethink their reluctance to vaccinate.

Rapid home tests are being sent for free to Swiss households and are being used daily to test children attending German schools. They are being used to test outbreak neighborhoods in the UK. The rapid tests can be manufactured to identify the date used. Consequently, they can serve as daily COVID passports for attending school, entering restaurants, going to work, going to movie theaters and more.

The U.S. has been deadly slow to adopt rapid testing. The Trump administration bought 150 million tests and distributed them to institutions, including nursing homes and universities. But it’s not clear what happened to many of them.

Writing in the Wall Street Journal last fall, one of us (Kotlikoff) along with Harvard epidemiologist Michael Mina wrote that, “Frequent at-home rapid testing could help keep outbreaks at bay and restore the economy.” Let’s not let hundreds of thousands more Americans die or become permanently impaired because of government ineptitude or indifference. It’s time to test everyone every day.

← Goodman: Why we are Divided Social Security Debt up $6.8T →