The Truth About Inequality 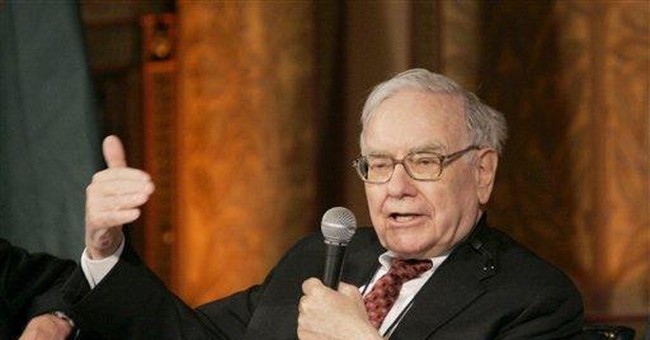 Inequality is almost universally condemned by the intellectual elite. But most of the rest of the world doesn’t think inequality is such a bad thing.

According to polling by Gallup, there are 138 million people in the world today who would like to immigrate to the United States. Most of these people are poor. They tend to live in egalitarian surroundings – they and their neighbors are all equally poor. (The country with the highest percentage of would-be immigrants is Liberia.)

Yet they want to come to a country with a great deal of inequality, knowing they would start out at the bottom of the income ladder.

The attitude of these people isn’t all that different from the way the average American thinks.

Whether you are raising capital for a startup company, or selling an antique car, or raising money for a nonprofit organization, or just seeking a new job – common sense suggests you are better off if the person you are having lunch with has a lot more money than you have.

So, what is the intellectual elite complaining about? Most of the time, they are unclear.

Let’s walk through some of the issues.

If you are a utilitarian and you think it’s good to meet as many human needs as possible, it’s hard to object to this type of inequality.

Inequality in the disposition of pre-tax income.

Once income is earned, does it matter what is done with it? LeBron James is one of the sports world’s highest income earners. He has a choice of consuming what he earns, or saving and investing it. To Paul Krugman, that choice doesn’t matter. Krugman would take 90 percent of James’ earnings regardless. But if you are a utilitarian, that position is impossible to defend.

Reportedly, Warren Buffet lives a very modest lifestyle. So did Sam Walton, creator of Walmart. If you were concerned about inequality of consumption, you wouldn’t impose an extra tax on either one of them.

But it is really hard to justify a tax on capital that is used to fund consumption, a policy often advocated by those on the left. Economic growth is the most successful antipoverty mechanism the world has ever known.

If you care about inequality of consumption, then government taxation and entitlement spending is where your focus should be. For this we should be thankful to Lawrence Kotlikoff, Alan Auerbach and their colleagues for doing the hard work. They have analyzed the lifetime effects of all federal and state and local taxes along with more than 30 different entitlement programs.

It is generally recognized that the United States has one of the most progressive income tax systems in the world. Kotlikoff and Auerbach have discovered that we probably have one of the most progressive fiscal systems in the world. The main finding: because of taxes and entitlement programs, there is a big difference between earnings inequality and spending inequality.

For example, among people in their 40s, the difference between the top 20 percent and the bottom 20% in terms of resources earned over their remaining lifetime is 14 to 1. But the difference in lifetime spending is only 7 to 1. In other words, government policies cut inequality in half. Moreover, because of government taxes, the richest 1% in this age group will get to spend only one-third of what they earn.

Thanks to the pioneering work of Kotlikoff and Auerbach, we now know that there is a great deal of inequality created by the government – maybe more than what is created by the private sector for some age groups.

To address the government’s role in creating inequality, the two economists looked at people at different ages and income levels and measured their lifetime marginal net tax rate.  That’s the amount an individual sacrifices in taxes and lost entitlement benefits from earning an extra dollar of income over their remaining years of life.

These incentives are the result of a highly complex system of taxes and entitlement benefits that interact in very strange and unproductive ways.  They also affect behavior in unequal ways. Someone who gets to keep 91% of everything they earn is a lot more likely to participate in the labor market than someone at the same income level who loses more than $6 for every dollar they earn.

In the name of reducing inequality, government policies already intervene heavily in the private sector. Instead of a bigger role for the government, we should focus on making those interventions fairer and less disruptive.