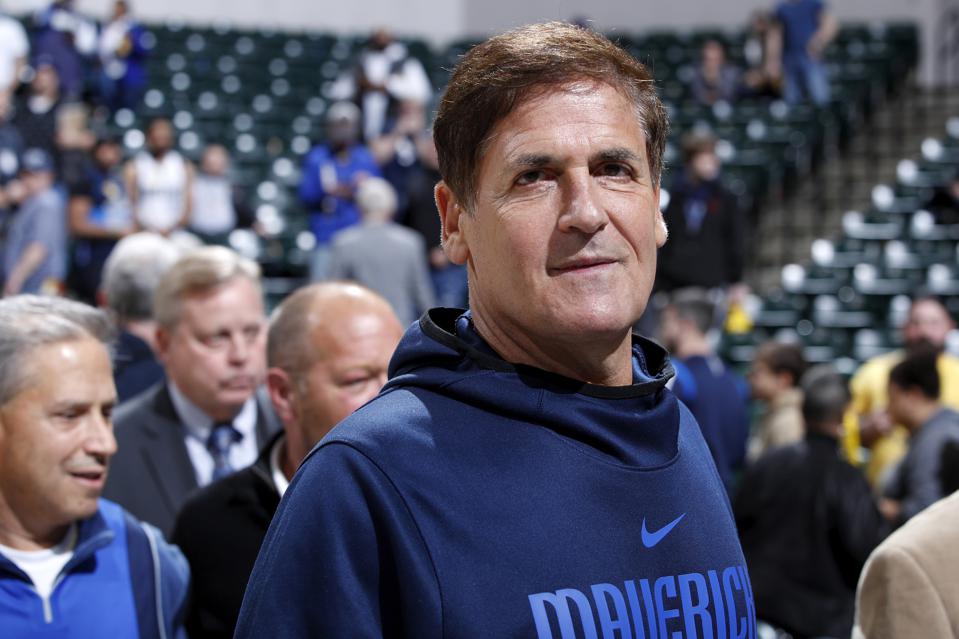 Dallas Mavericks owner Mark Cuban is rumored to have toyed with the idea of running for president. Whether he does or not, he has done some innovative thinking on how to reform the health care system. It’s worth our attention.

The Cuban plan is similar to an idea once proposed by Milton Friedman and also by Harvard economist Martin Feldstein. In a nutshell, people would be responsible for medical bills up to a certain percent of their income, and government would pay everything above that. In other words, people would pay ordinary bills out-of-pocket, and government would provide catastrophic coverage for the large bills.

Cuban has given the idea a lot more thought and has provided us with many more details. His plan (which is designed for individually purchased insurance and not for the employer market) would work like this. The average household would be responsible for its own medical bills, but in any given year would never have to pay more than 10 percent of its income. Suppose a family had a large expense, but didn’t have the immediate resources to pay it. The family would get an immediate (low-interest) government loan that would pay the doctors and the hospital in full. Then in each successive 12-month period, the family would be required to use 10 percent of its income to pay off the loan. There is a 15-year limit on this arrangement, and the government would forgive any balance remaining after that.

Let’s put some numbers to this idea. Last year the median family income in the United States was $78,750. A family earning this amount every year, indefinitely, would never have to pay more than $7,875 a year for medical expenses. Suppose this family had a catastrophic health event in year one that cost $118,125 and no medical bills after that. The providers would get their income immediately, and after 15 years of paying 10 percent of their annual income the family would have paid off the entire amount (ignoring interest). If the bill were more than $118,125, the government would eat the excess.

This example illustrates that a medical bill would have to be really high before it cost the government anything. Middle-income families with average medical expenses would be paying 100 percent of their medical costs, over time.  For these families, government would no longer be a payer in the health care system. It would be a lender – helping families even out their health care expenses.

Now let’s compare that to the current system. According to EHealth, the average Obamacare family premium last year was $13,824 and the average deductible was $8,439. So, a family that earned too much to qualify for a subsidy (about 40 percent of the market) was paying a great deal of money – potentially $22,263 a year before getting any benefits from the plan. Even if a family of three stayed healthy, it could pay almost 16 percent of its income in premiums. In case a mildly catastrophic event pushed expenses above the deductible, the family could pay more than one-fourth of its income.

Note: the recent stimulus bill will temporarily restrict premiums to 8.5 percent of income. But the measure doesn’t curb Obamacare’s sky-high deductibles or expand its very narrow networks that bar access to the best doctors and the best hospitals. On balance, Obamacare doesn’t come close to providing the access to care and the catastrophic protection of Cuban care.

The RAND Corporation has analyzed the Cuban plan and found it workable. Yet RAND assumes that under the Cuban plan there will be little change in the health care system as a whole. This is surely wrong. Radical change would be almost inevitable.

Under the Cuban plan, almost 50 million people would be paying for care with their own money (at least eventually). There is no role for health insurance and no need for one. We already know what happens in medical markets where there is no third-party payer (no Blue Cross, no Medicare, no employer, etc.). We get price competition, quality competition and low prices. The markets for cosmetic surgery and Lasik surgery are two examples, and there are many more. Canadians who come to the U.S. for hip and knee replacements get package prices similar to what Medicare pays. Even today, Americans who pay up front and are willing to travel can get the same deals the Canadians are getting. Market competition alone will bring prices down, without the need for any government mandate.

RAND, by the way, finds that if patients are paying Medicare prices, the Cuban plan actually saves money for the federal government, even though it extends coverage to 28 million currently uninsured people.

Good as it is, I would make three additions to the plan as currently outlined.

Self-insurance with Roth Accounts. The biggest problem in family health care economics is that we don’t know when we are going to get sick. That makes financial planning very hard. To address this problem, people should be allowed to make regular deposits to a Roth Health Savings Account – where the deposits are after-tax and the withdrawals for any purpose are tax-free. If people were allowed to deposit 10 percent of their income every pay period, regular saving would prepare people for irregular health events – without the need to borrow from the government, in most cases.

Efficient Loan Repayment. Participation in Cuban care should be voluntary. In return for the government’s offer of catastrophic coverage, people should be willing to allow repayment of loans through 10 percent wage garnishment every pay period. The government shouldn’t have to take any other legal action to enforce the contract. Otherwise, the administrative costs of the program could become quite high.

Centers of Excellence. Chronic illness generally extends over long periods of time and a promising way to treat it is with integrated, coordinated care by specialists. For example, diabetics should be able to form a long-term relationship with a diabetes center. There needs to be a way to use medical loans to enter such contracts in advance of treatment.

The Cuban plan deserves hearings, testimony, briefings and serious deliberation by those on Capitol Hill. At a minimum, it should be an alternative to Obamacare for those who want it.

← How Did the Cancel Culture Become So Dominant So Quickly? SCOTUS Punts Obamacare Back to Congress →