How Did the Cancel Culture Become So Dominant So Quickly? 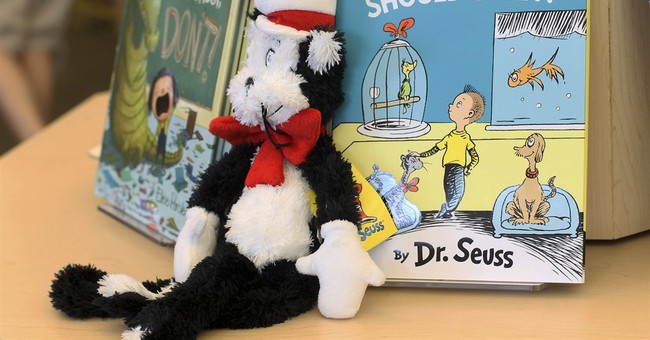 By cancel culture, I mean the idea that people have rights and responsibilities and obligations and entitlements based on their skin color or their ethnic origin. A person’s identity is defined by the group they belong to. There are no individual rights. There are only group rights.

Offensive speech can be seen as a “micro aggression” – and thus a form of force. There are no limits to what constitutes such aggression. For example, if you say you voted for Donald Trump, or you like capitalism, or you think free markets have lifted people out of poverty all over the world, you might be accused of offensive speech.

When you try to make a reasonable argument against any of this, you make the mistake of thinking reason is the arbiter. It isn’t. The cancel culture rejects the role the modern world has assigned to reason, logic and the scientific method. It sees the Age of Reason, The Enlightenment and indeed all of western civilization as enemies – rather than the path to the good life and the good society.

How did these ideas become so dominant, so quickly?

Throughout most of the last century, the dominant intellectual viewpoint was called liberalism. It was the political philosophy that gave us the modern welfare state. But by the mid-1970s, liberals had run out of any useful ideas on how to solve economic problems. For the next 25 years, the political winds all over the world were anti-communist and anti-socialist. With leadership from Ronald Reagan and Margaret Thatcher, all the interesting ideas were suddenly coming from the right.

The flat tax, private social security accounts, school choice, deregulation, privatization – these solutions were debated everywhere and enacted to one degree or another in many countries.

The left generally opposed this trend. But they had few alternatives to offer. So, the arguments almost everywhere were over policy ideas coming from the right.

The liberal approach to economic problems was almost always more government – more regulation, more spending, more control. But in the area of civil liberties, 20th-century liberals kept faith with 19th-century classical liberalism. They believed government should be held at bay and staunchly defended the right of people to speak, write and demonstrate on almost any topic.

The problem is: the argument for government intervention in the economy can be used with equal force in the world of ideas. Trade between two people, liberals used to argue, might make both traders better off. But there can be negative “external effects” for others and that justifies a role for government. Unfortunately, the same can be said of speech. Indeed, some speech is designed to upset others and make them feel uncomfortable. Does that mean government should intervene? By the time this argument was made, liberalism was so intellectually bankrupt that it produced almost no resistance.

What about conservatism? When Bill Buckley established National Review in 1955, he announced that “It stands athwart history, yelling Stop.” Small wonder, then, that such ideas as the flat tax, Social Security privatization and school choice did not originate on the pages of his magazine. Buckley’s conservatism was not about reform, it was about stopping reform.

Where did the free enterprise reform ideas of the last quarter of the 20th-century come from? They mainly came from Milton Friedman, who called himself a “liberal,” meaning a 19th--century classical liberal. Just as the classical liberals were reformers, so was Friedman. And while the National Review crowd welcomed these ideas, it only weakly supported the idea of a free market and never made a moral case for it.

What about free speech and First Amendment rights? It may be an uncomfortable memory, but the conservatives of the 1950s had their own cancel culture. Buckley, for example, wrote a book defending Joe McCarthy. He seemed to approve of hauling people before congressional committees and asking them about their political beliefs. He didn’t seem to mind very much when they lost their jobs because of their politics. As for the First Amendment, some conservatives questioned whether it really belonged in the Constitution. (See the essay by Willmoore Kendall in What Is Conservatism?) National Review writers also advocated outlawing movies judged to be pornographic.

Milton Friedman was a libertarian. He believed in “free minds and free markets.” But as an intellectual force, this point of view attracts a very small percentage of the electorate. As we entered the 21st century, people who called themselves “conservative” became increasingly focused on the culture wars – taking positions that had little appeal to young people. As I wrote recently at National Review, they showed little interest in free market reforms that would be most beneficial to those at the bottom of the income ladder.

Liberals progressively abandoned virtually everything they once believed about civil liberties and about race relations as well. Very few of them today would agree with Martin Luther King’s idea that people should “not be judged by the color of their skin but by the content of their character.”

Into the vacuum stepped a cancel culture that is collectivist, racist, anti-capitalist and unapologetically irrational. It is dominating, because it has no real opposition.