Health Reform: There Is Something for Everyone to Love… and Hate 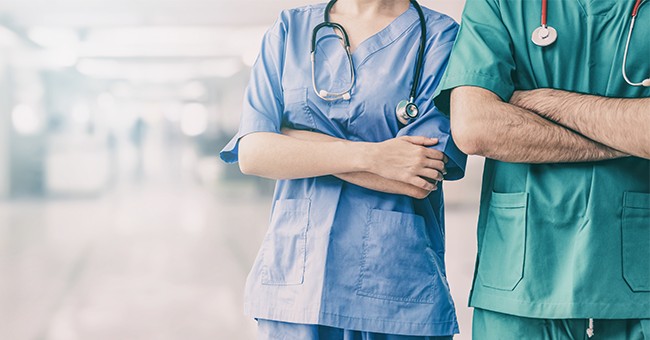 Last week I wrote about The 60% Solution: Rethinking Healthcare, a new book by Todd Furniss. I follow him on Twitter @TFurniss. The author runs a private equity medical field investment firm. His late parents were passengers on an airliner that crashed in a storm, resulting in life-long medical care for his mother. Suffice it to say Furniss has seen the inside of more hospitals than you or I – and I used to work in one.

I concluded my discussion writing, “These five reforms are not controversial among those who believe in patient-centered health care. Unfortunately, too many in the medical establishment have a vested interest in the status quo.”

A reader who had already read the book contacted me to argue there were in fact controversial elements among the major recommendations. One reform titled change governance called for removing barriers by making it easier to practicing medicine. Why is it controversial to expand the physician supply, creating more competition? Of course, doctors oppose it, just like they oppose expanding the scope of practice for nurse practitioners. Doctors don’t want me to be able to see a nurse practitioner or physician assistant for a wart on my toe unless that NP/PA works for them.

How did doctors get so powerful? In the first half of the 20th Century, the American Medical Association (AMA) waged a largely successful battle to close medical schools that trained competing physicians. Among their targets were chiropractors, traditional osteopathy, eclectic medicine, electrotherapy, herbalists, homeopathy, etc. More than half of American and Canadian medical schools were closed. The remaining medical schools were the elite ones that were far more selective about who they admitted. Training was also increased to require a 4-year degree before entering medical school. Thus, the job of a physician was yanked out of reach of all but the smartest, most disciplined, wealthy elites, who could afford to invest a dozen years into their education. Physician pay and prestige rose accordingly with these new restrictions on physician supply.

Smarter, better-trained physicians may sound good on paper but it had the result of making it much harder and more expensive to see a doctor. I mean, why should it be controversial to admit a recent high school graduate to a medical college as a freshman and bestow upon him or her a medical degree six years later? Why should it take eight years? Why should medical graduates then be indentured servants to university-affiliated, teaching hospitals with residencies lasting three to seven years? Why not allow medical graduates to work under a variety of hospital and medical office training positions in order to practice primary care? For that matter, there are tons of foreign medical graduates who have already practiced medicine for years in developed countries but cannot easily immigrate to the U.S. without repeating part of their training and matching to a residency. That serves no purpose other than to reduce competition.

Another controversial reform was to modify (expand) the use of health savings accounts (HSAs) to moderate-income families. This included subsidizing HSAs for families too rich for Medicaid and too poor for private coverage. This would create a new entitlement, but one better than Obamacare premiums subsidies that seem to do little more than pad insurance company coffers. The author proposes to have a system that would create a multiplier index based on income. For instance, a family with a household income of, say, $40,000 might get a multiplier of 400 percent of what they deposit into an HSA. Say they withheld $50 a month into an HSA, the government would deposit an additional $200 a month into their HSA. As their income rises it could drop to $150 and later $100. Compared to Obamacare cost-sharing subsidies that too should be hardly controversial. Another controversial reform is how Furniss would fund such an expansion of entitlements. He would change the tax treatment of employer-sponsored health insurance and make it 100 percent taxable like cash compensation. Ouch!

Perhaps controversial is the wrong word. Unpopular is more accurate. Obamacare originally tried to cap the tax deduction for company health plans at $27,500 (2018 dollars) by imposing a 40 percent Cadillac Tax on the excess costs. The Cadillac Tax was repealed in 2019 because it was unpopular with Democrats and Republicans alike. Many policy wonks believe repealing the Cadillac Tax was a mistake. Indeed, many believe the $27,500 threshold was too high. And that tax law should not encourage excess insurance. Furniss argues the threshold for when employee benefits become taxable should be $0 but instead of a 40 percent penalty, he would just tax it as ordinary income at whatever marginal tax bracket the employee pays. Perhaps it’s an unpopular opinion but he’s undoubtedly correct. Furniss still supports tax-free HSA deposits, funds that are used to pay for medical care directly. He just doesn’t believe the funds that pay third parties should be tax-free. Admittedly, that would correct nearly 80 years of perverse incentives in health care.