How to Reform Obamacare 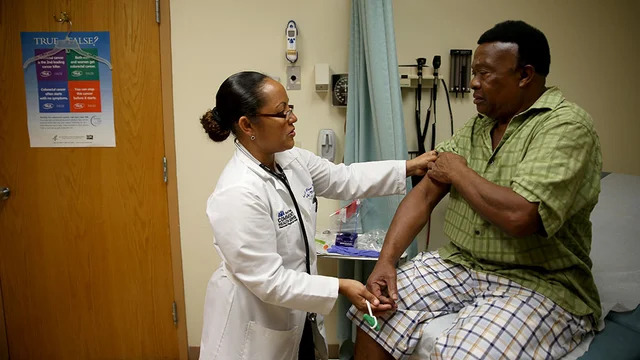 Unfortunately, the stimulus proposal just passed by Congress does nothing to correct the most serious problems of the Affordable Care Act (ACA). And since the latest reforms last only two years, every ObamaCare problem will be up for resolution in short order.

The worst problem with ObamaCare insurance is that it is second rate. Look around the country. In market after market, top-quality ACA plans have exited the market. Those left provide no in-network access to the area’s premier hospitals and doctors. Dallas-Fort Worth is typical. There’s not a single ACA plan left that offers in-network coverage at the premier area hospitals.

This problem is the predictable outcome of ObamaCare’s design. The ACA doesn’t compensate providers properly for covering those with pre-existing conditions. As a result, providers protect themselves financially by providing cheaper and, thus, lower quality care. Indeed, today’s successful ACA providers offer plans that look a lot like Medicaid with a high deductible. No wonder they aren’t popular.

The uninsured appear to understand the difference between ACA’s rhetoric and reality. Before COVID-19 struck, six million Americans who qualified for ACA subsidies chose to remain uninsured instead. Moreover, ACA enrollment was steadily falling. Yes, the Trump administration reduced ACA marketing. But even the arguably better informed, unsubsidized part of the market – with 40 percent of potential participants – was jumping ship. Enrollment of this segment dropped by almost half between 2016 and 2019.

The needed ACA fix is clear by comparing it with another government health care program — Medicare Advantage (MA) or Medicare Part C. Almost four in 10 Medicare participants are currently enrolled in MA. The Congressional Budget Office projects that the MA share will grow to more than 50 percent by the end of this decade.

ACA and MA have lots in common. Both cover tens of millions of Americans who might otherwise be uninsured. Participants in both choose among competing health plans. And in both, the government’s help is progressive — higher-income enrollees pay more.

So why, COVID and ARP aside, is MA participation expanding while ACA’s is shrinking?

Here’s why. MA pays providers differently. It uses a time-tested, sophisticated actuarial, risk-adjustment system to compensate health care providers for their participants’ pre-existing conditions. If, for example, you have diabetes or develop it, your MA insurer is paid more, in real time, to care for you. This makes diabetics as profitable to insure as those with no chronic problems.

Thus, it’s no surprise that MA providers have established centers of excellence that specialize in specific chronic conditions. If you have heart disease, you surely want to choose a health care plan that handles heart problems 24/7. ObamaCare plans aren’t directly reimbursed based on each individual participant’s pre-existing condition. Nor are they allowed to tell, say, a diabetic, “You’re better served by the ‘Diabetics Specialty Plan.’ We’re the ‘Arthritis Specialty Plan.’” Instead of being allowed to specialize, they’re forced to try to meet every need imaginable, regardless of their competency.

Yes, the ACA has risk adjustment. But the adjustment is limited, leading to the market’s predictable unraveling. By analogy, suppose apple stands were paid a fixed amount per person to hold All You Can Eat apple sales. Assume the amount paid was set based on typical apple preferences, i.e., no individual preference adjustment. Apple addicts, who eat 20 at a go, would be first in line. And apple stands, anticipating this adverse selection, would have one recourse to save their financial skins — deliver cheap, i.e., rotten apples. This, in turn, would dissuade those with standard preferences from joining the line. The result is what we see in ObamaCare — people in decent health preferring no insurance to insurance that locks you into rotten care.

Another problem involves first-dollar coverage. ACA deductibles can be as high as $8,550 for an individual and $17,100 for a family. In return the family gets unlimited catastrophic coverage. Lower middle-class families rarely choose such converge, preferring first-dollar over last-dollar protection. For these families, sky-high deductible insurance is little better than no insurance at all. Yet if these families undergo a costly illness, the bills are often paid directly or indirectly by the government.

A better approach is for a government-funded safety net to cover costs per insured above, say, $1 million. In exchange, ACA plans would need to provide, for free, a minimum amount of primary care — say $1,000 for an adult and $500 for a child. These services could be covered directly or by means of a monthly fee to a primary care provider or by deposits to a Health Savings Account. With this design in place, we could auto-enroll all otherwise uninsured into at least this minimalist ACA plan.

Being able to talk to a doctor by phone, text or email at night and on weekends used to be called “concierge care,” available only to the rich. Today, such service is called “direct primary care.” It’s widely available at low cost. Take Atlas MD in Wichita. For $50 a month for a mother and $10 per child, it provides 24/7 primary care, inexpensive medical tests and generic drugs. ACA plans need to be allowed to offer this type of care to all participants.

By adopting a risk adjustment system that is already working for seniors, by structuring coverage so that people are encouraged to seek care in the early stages of illness – before problems become more severe and more costly – and by permitting inexpensive care delivery via modern technology, ObamaCare’s most serious problems can be solved in a bipartisan way, without spending more taxpayer dollars.

John Goodman is president of the Goodman Institute and author of “New Way to Care.” Laurence Kotlikoff is a professor of economics at Boston University and author of “The Healthcare Fix.”