Going Against the Grain 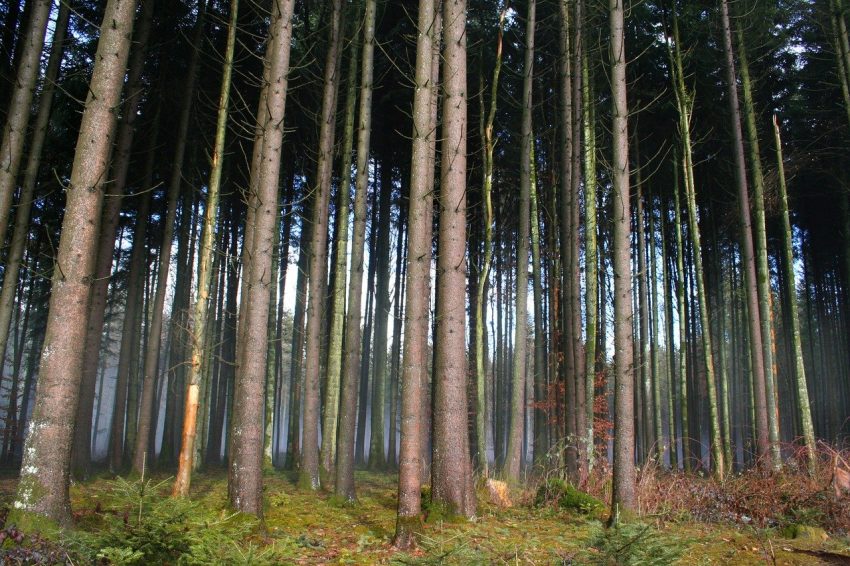 In 1973, John Baden and Richard Stroup proposed selling off the U. S. Forest Service to private owners, some nonprofit and some for-profit. In an article in the Journal of Law and Economics, they argued that commercial timber would be better managed by private companies, and non-profit organizations like the Sierra Club could protect the important environmental areas.[1]

That essay kicked off what is today called free-market environmentalism. Baden and Stroup, along with Terry Anderson and P. J. Hill, started PERC, now the Property and Environment Research Center. It became a major home for thinking about how private markets could protect the environment, along with the Foundation for Research on Economics and the Environment (FREE), the Competitive Enterprise Institute (CEI), and a few others. [2]

One of the ongoing goals in those early days was to find examples, past and present, showing that government management could be improved or replaced by private ownership. The idea was new at the time. In this post, I want to share some of the most interesting examples before they are forgotten.[3] Without knowing such stories, I fear that environmentalists will simply turn problems over to the government. These are cautionary tales—good and bad.

Good:  Before 1700, the natives on Canada’s Labrador Peninsula had hunted at will throughout the peninsula’s forests. But then Europeans arrived, eager to buy beaver furs. There was such a demand for furs (for beaver hats) that the beaver could easily have been wiped out. However, the Indians began to set aside forested areas for small groups and families (marked by blazed trees) to hunt beaver in. In other words, they established property rights and, in doing so, saved the beaver. (This story was reported in an American Economic Review article by Harold Demsetz.)[4]

Bad: Even today, the Bureau of Land Management sometimes engages in the destructive practice of “chaining” to remove trees so more grass can grow. As John Baden explained in 1987: “Two hundred-thousand-pound D-8 crawler tractors are connected by a 600-foot anchor chain weighing 100 pounds to the link. As the tractors move forward, the chain uproots all trees and shrubs in its path. . . . Fortunately, chaining is such an expensive procedure that it is very rarely practiced on privately owned land.”[5]

Good: In the 1970s,  bluebirds were in decline. Bluebirds nest in cavities, including holes in trees made by woodpeckers. But larger, more aggressive birds (especially sparrows and starlings) had been crowding them out, and organizations like the National Audubon Society were unwilling to focus on a single bird species. North American Bluebird Society was formed in 1978. It designed a nest box just the right size for bluebirds. “People began putting up nest boxes, people who lived out in the suburbs, or in the country, or on a ranch or a farm or something like that, scattering nesting boxes around their property,” R.J. Smith of CEI said recently.[6] As a result, the bluebird decline has been arrested.

Bad: Love Canal was an old canal in Niagara Falls, New York, that was used to bury industrial waste for about a decade after 1942. In 1976 chemicals seeped out of the canal and reached nearby homes, setting off rampant fear of toxic chemicals. What few people knew was that in the 1950s the local school board had pressured Hooker Chemicals and Plastics Company to give up the land for a school (for $1). Even though Hooker’s officials warned the school board of the chemicals, the district bought the land anyway, built a school, and then sold the rest for residential housing, which ultimately experienced the seepage. The school district, not the chemical company, was at fault.[7]

Good: While he was at PERC, Don Leal became an expert in fisheries. First, he learned about ways that coastal communities used quasi-property rights to prevent the depletion of their fish stocks, from Matinicus Island in Maine (lobster fishing) to Valensa, Brazil (mixed-species fishing).[8] Then, as the idea of using property rights to protect fisheries began to grow, he helped the promotion and adoption of IFQs or Individual Fishing Quotas, a highly successful property rights approach.

Bad: One result of the Love Canal fiasco was a law passed by Congress in 1980 usually called Superfund. It incorporated  both “retroactive”  and “joint and several liabilities.” Any party on a site with hazardous waste had to clean it up, even if that party had a small part in it and it happened long ago. The Environmental Protection Agency identified what it called “potentially responsible parties” to clean up sites. While those parties could go to court to fight liability, until then the EPA,  as Richard Stroup wrote in 1996, had “no responsibility to prove that they were guilty of wrongdoing, that they polluted the site in question, or even that serious risk from pollution exist[ed].” In sum, he said, “Congress replaced common-law concepts with nearly unchecked bureaucratic control.”[9]

Good: In the mid-1980s, Tom Bourland worked for the International Paper Company in Louisiana and east Texas. Bourland was not there to make paper. He wanted to enrich the company’s vast forests with wildlife by such measures as prescribed burns, which would help keep streams free of debris and attract more fish. But how to finance such actions? He began to develop the forests as areas for fishing, hunting, and camping. Earning revenue and protecting wildlife went together.[10]

These examples do not exhaust the illustrations of how property rights can protect the environment when the government often cannot. We see government failures with the Endangered Species Act, the Clean Air Act Amendments of 1977 [11], the Bureau of Reclamation’s below-cost water projects [12], and more. But we also see beneficial private examples: Hawk Mountain Sanctuary, [13]  the Audubon Society’s Rainey Preserve,  trophy hunting in Africa, and (perhaps) today’s American Prairie Reserve. And I write about other ones here.

The lesson is simple: there are often better ways to protect the environment than giving the job to governmental management.

[2] For an overview of free market environmentalism as developed by PERC and  FREE, see Walker Asserson, “The Economists in the Garden: The Historical Roots of Free Market Environmentalism.” Professional paper, Montana State University Dept. of History and Philosophy, Bozeman, Montana, October 21, 2007.

[6] Angela Logomasini, “A Discussion on Saving Bluebirds through Private Conservation, and a Tribute to Andy Thompson,” Competitive Enterprise Institute, August 21, 2020.

[10 Richard Stroup: Eco-nomics: What Everyone Should Know about Economics and the Environment, 2nd edition (Washington, D.C.: Cato Institute, 2016), 25.

← Barry Asmus, RIP Where Have all the Economists Gone? (Environment) →