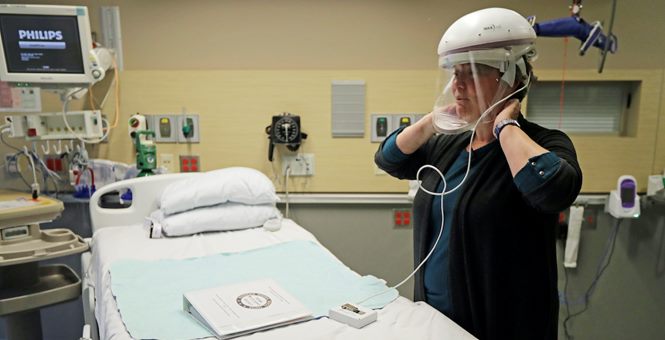 There is a new health care scam spreading across rural America that could cost you plenty. Large commercial labs like Quest Diagnostics and LabCorp do not have locations in every small town. As a result, many rural hospitals perform lab work for both their inpatients and outpatients in the local community. With less competition from commercial labs, rural hospitals are often able to command higher fees for lab tests than the prices routinely available in larger cities. In addition, hospital labs always charge more for their services than laboratories outside hospitals. Unscrupulous lab marketing consultants have figured out a way to take advantage of the difference between rural and urban lab prices. They’ve done this by partnering with rural hospitals in order to charge urban patients the higher rural hospital lab testing fees. This occurs even though patients may live far away from the rural hospital billing for lab tests. Patients may even live out of state.

The way it often works is an out-of-state laboratory market consultant approaches struggling rural hospitals with a proposal to boost hospital revenue. The consulting firm partners with friendly doctors and clinics in cities to steer their lab business to the consultant’s more expensive rural hospital partners. Insurers, patients (and their employee health plans) are charged the higher price even though lower prices are available nearby. Moreover, in some instances rural hospitals are asked to bill for tests performed elsewhere. The consulting firms generally keep most of the proceeds but sends a little of the profit to the rural hospitals and to their physician partners who steer them business. It is not necessarily illegal so long as the transactions are arranged is a precise manner.

Sometimes the laboratory is not far away but is purposely out-of-network and expensive. The charges can be egregious. A Texas woman was sent for routine urine testing to ensure she was not abusing pain medications after surgery. Her specimen was sent to an out-of-network lab that billed her $17,850 for a battery of tests when her drug screen should have cost about $100.

Emergency rooms are another example of investors finding ways to exploit patients, who have little negotiating power when they need emergency care. Over the past few years private equity investors have begun buying into emergency medical staffing firms to take advantage of this inherent market failure. These ER staffing firms were able to boost revenue by refusing to affiliate with provider networks and charge prices far above the prevailing market rates. Research by Zack Cooper at Yale University found that 22% of the time when patients go to emergency rooms they are treated by out-of-network physicians. Health plans generally pay the usual & customary amount and the out-of-network ER physician bills patients for the remaining balance. This is known as a surprise medical bill.

Surprise medical billing is a business model predicated on ambushing patients and gouging their health plans. A lot of shenanigans occur because scoundrels take advantage of patients who exercise little control over care ordered for them. Consider air ambulance services. Assuming they’re even conscious, patients needing transported to a faraway hospital in a medical emergency are not price sensitive. Thus, air ambulances have become the perfect price gouging business.

What is behind the huge increase in the price of an air ambulance ride? Over the past dozen years or so the air ambulance industry has consolidated and been taken over by private equity investors. These investors understood that once you need to be transported to a medical facility by air, you were in no position to compare prices or refuse due to cost. The profits are huge. According to the Association of Air Medical Services the, median cost to operate an air ambulance helicopter is about $10,000 per trip or about one-fourth the median price charged.

During the COVID pandemic there have been countless examples of valor among frontline health care workers caring for patients under conditions that are both difficult and dangerous. Most people who work in medicine do so because they enjoy caring for people. But let us not forget health care has turned into a gold rush. Too many health care entities have made a business model out of price gouging employer plans and their workers. Let us honor those health care workers who put themselves at great risk to help their patients by putting the abusive price gougers out of business.