How Do We Ration Health Care When We Really Have To Do It? 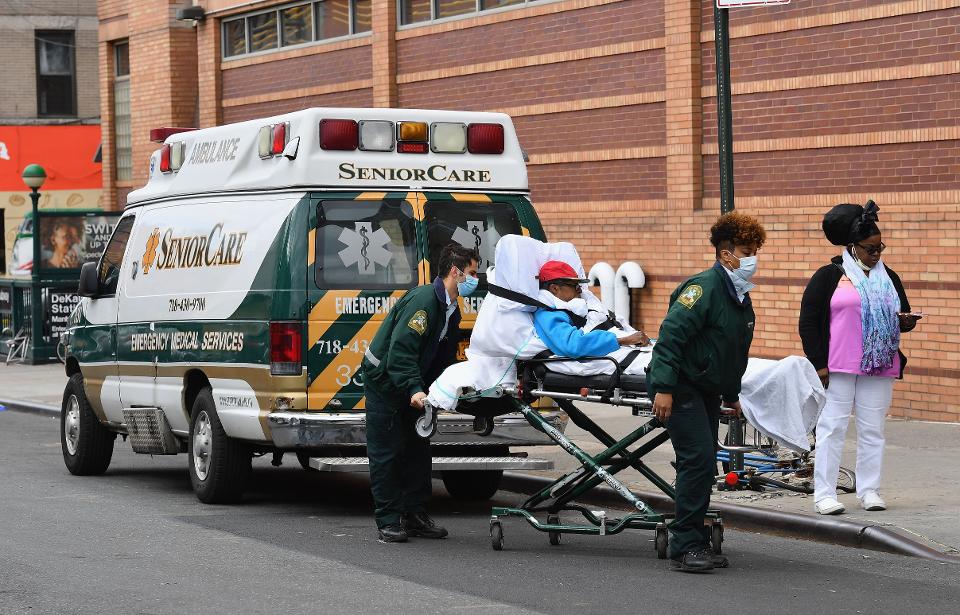 Triage is a term every medical professional is familiar with. In emergency rooms it happens all the time.

The reason why so many people wait for so long is because ER doctors can’t care for everyone at once. So they prioritize. It’s not always first come, first served. If you are bleeding all over the floor you are likely to move to the head of the line.

Because of the coronavirus, the term “triage” has a more urgent and lethal meaning. It’s being discussed a lot – in newspapers, at blog posts and in interviews with hospital personnel.

New York governor Andrew Cuomo says no New York hospital has run out of ventilators; but if one does, there is no protocol for deciding which patients will have access and which will not. Apparently he is wrong on both counts. New York has a plan for rationing ventilators that was first adopted in 2007 and was revised in 2015.

There has been serious rationing of ventilators in China and in Italy and it could easily happen here. The New York Times gives these examples of current ventilator use:

“One patient had lymphoma and heart failure. Another was 85 years old with metastatic cancer. A third was 83 and had dementia and lung disease. All were critically ill with the coronavirus, and, a doctor said, all were hooked up to ventilators in recent weeks at a major Manhattan hospital.”

As the surge of new coronavirus patients overwhelms New York City hospitals, patients like these are unlikely to get a ventilator. Some may even lose the ventilator they have.

In the midst of the coronavirus onslaught, health care rationing of scarce medical resources literally means deciding who will live and who will die.

If rationing is inevitable, how should the decisions be made? I don’t know. I’m more interested in how they are being made and why. If I am a patient, what I think should be done isn’t going to help me very much. If I can predict what will be done, that might save my life.

One criterion that is always a factor is the medical condition of the patients. If doctors have to choose between two patients who are identical in every other respect, they are always going to choose the one with the best survival prospects.

If you look around the world, you will discover that age is another big factor. In the British National Health Service (NHS), age has always been important in deciding who gets care. The NHS has even suggested age limits for access to kidney dialysis, for example. Age has never been the only factor. But it has always been a factor. Italy is using age as a rationing criterion in dealing with COVID-19 care right now.

In New Zealand, a computer program aids doctors in making triage decisions. What shapes the program’s decisions? Doctors did. Health professionals were asked to make pairwise choices between hypothetical patients with a hundred or more characteristics. Then their choices were fed into the computer program.

Here is something interesting. There was a great deal of similarity in the choices the health professionals made. What that implies to me is that the computer program is telling doctors to do what they mainly would have done anyway.

Here is something else interesting. I believe people all over the world tend to make rationing decisions in similar ways. Why is that?

To aid you in your thinking I invite you to make use of a decision tool once suggested by Harvard University philosophy professor John Rawls.

Rawls asked us to imagine we are standing behind a “veil of ignorance.” We are about to be reincarnated into a world, say, of 7 billion people. Once in the real world, we will be one of those people. But we don’t know which one. We could be healthy or sick, rich or poor, smart or not so smart, etc.

Behind the veil, you get to decide the triage rules for the society you are about to emerge into. Those are rules you must live with – knowing that you could be a patient in this world and that you will win or lose depending on the rationing rules you choose.

In thinking about this problem, remember that the rules you choose will affect the entire world you are about to live in. If a lot of rationing takes place, that might affect your world in a big way.

Rawls’ idea is a way of taking narrow self-interest out of the picture. You can’t choose rules that would benefit you and you alone, because you don’t know who you are going to be. It is a variation on Immanuel Kant’s idea of universalizability: when you act, do so on a principle that you wish everyone would follow in same and similar circumstances. It is also a variation on the Golden Rule: your rules will do unto others exactly what they will do unto you.

I suspect that behind the veil of ignorance, you would choose rationing rules that favor people who are doing the most to improve the lives of other people. And I think this is what the health professionals do as well. Prospects for survival are important because the better the prospects, the more likely the patient is to contribute to social welfare as a whole. Age is important, because the more years of life the patient has left, the more opportunities there will be to make such contributions.

Part of people’s contribution to the lives of others is economic. People who contribute more to the nation’s output of goods and services are doing more to make other people better off than people who produce nothing.

But there are a lot of valuable things people do that aren’t measured by the official GDP. They include parenting, care of a relative, many contributions to art and music, many voluntary charitable activities, Nobel Prize-winning discoveries, etc.

Bottom line: I think health care workers tend to prioritize patients who make the greatest contribution to the welfare of others, broadly understood. I think behind the veil of ignorance, you would probably choose to do the same.

By the way, this is one of the criteria suggested by a group of bioethicists in the New England Journal of Medicine. Unfortunately, it is buried in the middle of such bizarre and unacceptable criteria as first come, first served; random selection; maximizing the number of years of life, etc. One wonders why they even bothered.

← Could Cashing Out Your 401(k) To Pay Off Your Mortgage Make You A Bundle? How COVID-19 Is Changing The Debate Over Health Reform →