Can we Stop the coronavirus from Creating a financial Crisis? 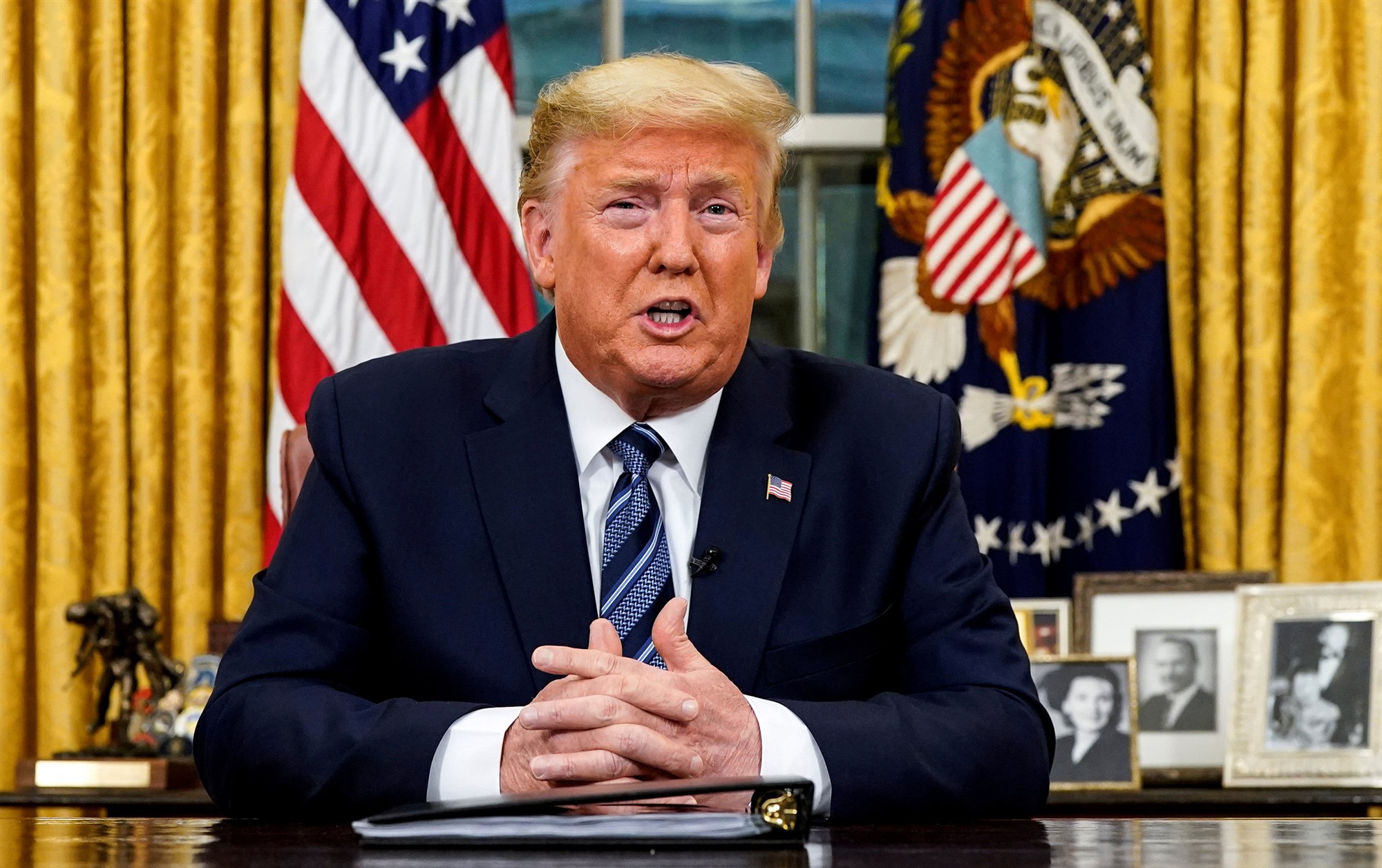 It’s one thing to use monetary and fiscal policy to psych up an economy that’s psyched out. It’s another when there is something incredibly real to fear.
Coronavirus has infected us all, either with its virulent RNA, its insidious but well-grounded fear or both. This bending of our reality is straight out of a sci-fi movie. The World Health Organization has officially pronounced a pandemic, schools and universities are closing, retail customers are disappearing, nightlife is ending, restaurants are dying, airlines are canceling, supermarket shelves are emptying, the NBA is suspending, meetings aren’t convening, Italy, in its entirety, is quarantining, no one from China or the European Union is coming, the stock market is plunging and armed troops are appearing.

The news that even Tom Hanks can contract the virus will surely shatter the sanguine illusions of tens of millions of Americans who have viewed this plague from a psychologically safe distance.

It may even wake up President Donald Trump, who has for days seemed unable to fully comprehend the severity of our present situation.

On Wednesday night, Trump addressed the nation in an attempt to calm fears, especially economic ones. He failed. A few hours later, the stock market plummeted once again. On Friday afternoon, he called a press conference and finally declared a national emergency — one step in the right direction. It’s now time to throw away the president’s rose-colored glasses for good and come clean about the health and economic ramifications of what we’re facing. We are likely going to have a major recession, if not a depression. People are simply not going to put their lives on the line to get a paycheck, especially one that’s as small as those of most workers.

This came home to me this week. I went to our local supermarket and asked the young woman at the checkout counter whether she was scared of getting the virus. “Yes.” Is the store giving you hand cleaner, gloves or some other way to be safe? “No.”

In a few more day’s time, the number of checkers — and shoppers — will be greatly reduced. So will the number of people riding in taxis, Ubers, Lifts, buses, trains or planes, let alone cruise ships. Sporting events and theater productions are being canceled — the closing of call centers and factories cannot be far behind.

So, what plans do Trump have to stop this economic slide?

First, he bludgeoned the Federal Reserve into cutting interest rates. The Fed complied. It cut short-term interest rates by 50 basis points. But investors saw the move for what it was — an act of desperation and an admission that things were even worse than suspected. Wall Street responded accordingly. On Thursday, the stock market fell to its lowest point since the 1987 crash.

Next, Trump proposed stimulating the economy by cutting payroll taxes. But workers are in no mood right now to go shopping. And the people who will need money badly aren’t those who will remain employed — those who can work from home, for example — and thus continue to have the luxury of paying taxes. Instead, it will be those who are going to lose their jobs, as well as small and large companies that will see their customers vanish. The well-off will see the largest gains, whilethe tax cut adds up to $1 trillion to the national debt. Payroll tax cuts, in other words, don’t target the needy, and even when they do help, they provide a trickle of additional income that does little to provide stimulus on a small or large scale.

It’s one thing to use monetary and fiscal policy to psych up an economy that’s psyched out. It’s another when there is something incredibly real to fear. A national emergency will free up more federal funds, and a new congressional stimulus package that is expected to pass in the next few days should help as well. The fix can’t be cosmetic. It must be as concrete and fail-safe as possible.

I believe the only answer is to follow a more focused version of Italy’s hard-nosed policy: put the country into a nationwide monthlong quarantine, requisition labs and build new ones and use the month to produce hundreds of millions of virus test kits and millions of ventilators. When people leave their homes, they’ll need to be tested every few days and then every week for months to ensure there are no further outbreaks.

From an economic standpoint, there are still plenty of things Trump can do and make sure state and federal leaders to do. Some of these things are already in Congress’s upcoming aid package. Forget this payroll Band-Aid. Rather than cutting taxes for those with jobs, the government should supplement unemployment insurance for those who lose their jobs and refinance mortgages and student and business loans at the government’s essentially zero percent borrowing rate, particularly for those badly hurt by the virus.

Trump can also ask states to expand paid sick leave and nutrition assistance. He must immediately raise the federal share of state Medicaid costs, which we did in the previous two recessions to help states help their residents.

Finally, and this is obviously a bit radical, if the market continues to fall, the government should borrow and buy a 10 percent share of each listed U.S. company.

This is also a great time for Uncle Sam to borrow to build infrastructure. Finally, and this is obviously a bit radical, if the market continues to fall, the government should borrow and buy a 10 percent share of each listed U.S. company. When the market ultimately fully rebounds, the government could sell its shares and use the proceeds to cover Social Security and other obligations it would otherwise need to place in our children’s laps.

Such an unprecedented policy should be enacted by Congress only on a supermajority vote. The compulsory quarantine should be jointly administered by the director of the National Institutes of Health and the chairman of the Joint Chiefs of Staff.

Tom Frieden, the former head of the Centers for Disease Control and Prevention, warns that, on our current course, the coronavirus could kill 1 million Americans. A month of staying in our homes is a small price to pay compared to such a horrific outcome. To make this happen, our leaders need to respond to this threat as if we were under deadly attack, which is precisely the case.

Read the original article on NBCNews.com

← Will the Coronavirus Kill the global Economy? Will the Stock Market Drop by Half? →