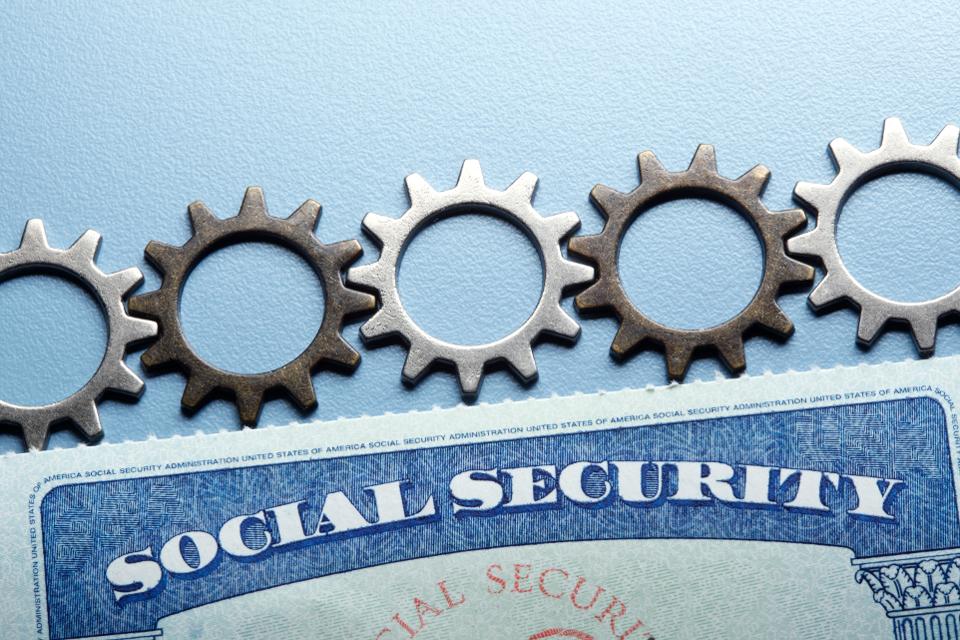 Mrs. Jimmy Rogers of Houston, Texas, was disabled in 1996 in an aircraft accident while working for American Airlines. To this day she is unable to sit, stand, or walk for more than thirty minutes without extreme pain. After the accident, she applied for and received Social Security disability benefits. Four years later, she was able to work a few hours per day in her husband’s business doing some administrative tasks, always earning less than the substantial earnings amount that would disqualify her for receipt of those benefits.

Starting in 2007 and for four of the following five years, Jimmy received shareholder distributions from her ownership of stock in her husband’s company. As Social Security Administrative Law Judge Timothy Suing recently confirmed, these payments were not labor income, but simply income from assets – no different than income Jimmy might have received had she owned government bonds.

But in 2007, Social Security mis-instructed Jimmy, who understood very little of the distinction between asset income and labor income, to revise her tax return and report these shareholder distributions as taxable labor earnings. Jimmy did as she was ordered, but, on the advice of her husband, filed an appeal.

Compliance with Social Security’s incorrect order triggered an unbelievable bureaucratic nightmare that is surely causing Franz Kafka to writhe in his grave.

Over the past 13 years, Jimmy and her husband, Larry, have, thanks to Social Security’s acknowledged mistake, been deprived of tens of thousands of dollars in Social Security disability and spousal benefits. Jimmy has been forced to pay extra Social Security payroll taxes she didn’t owe. Jimmy has been forced to pay extra federal income taxes she didn’t owe. Jimmy and Larry’s company has been forced to pay extra FICA taxes they didn’t owe. Jimmy retroactively lost her Medicare healthcare coverage and is now being told to pay for years of healthcare treatment coverage. But the icing on the cake is that Social Security has been and is still, to this day, sending Jimmy and her husband a bill for over $120,000 for disability and spousal benefits that they rightfully received (before their benefits were incorrectly terminated), but were falsely told that shouldn’t have received, even though Social Security’s own Administrative Law Judge says the benefits were properly paid (although slightly higher than what they should have been due to the downward adjustment in Jimmy’s income after the shareholder distributions were no longer included in her earnings record).

The bottom line is that Social Security owes Jimmy Rogers and her husband over $40,000, needs to reinstate her Medicare coverage, needs to correct an overpayment of over $77,000 in tax under FICA[A3] , needs to correct her overpayment of federal income taxes, needs to sort out her past Medicare parts B and D premium payments, and needs to stop sending Jimmy and Larry massive bills they don’t owe. Finally, Commissioner Andrew Saul needs to personally call this couple and apologize for Social Security’s 13 years of bureaucratic torture. The number of meetings and telephone calls and days spent preparing appeals and payments to attorneys and calls to their members of Congress and sleepless nights has been beyond belief. I’ve personally spent several days wrapping my head around their case and discussing it with Chicago attorney, Avram Sacks — one of our nation’s true Social Security experts.

I present below a timeline that provides some sense of the Rogers’ ongoing financial and psychological torture at the hands of Social Security. Thankfully, the Rogers are people of modest, but sufficient means. Otherwise, they would now be living on the street along with 553,000 other Americans, many of whom are there, no doubt, thanks to Social Security’s mistakes.

Commissioner Saul, the judge — your judge — has spoken. It’s time to instruct your staff to end the endless runaround and fix the 10 or so major benefit and tax problems Social Security’s mistake has caused Jimmy and Larry Rogers. I know you or your staff read my articles because I hear back from Social Security’s victims that its mistakes have finally been resolved. So, I thank you for your good work and that of your colleagues.

01/01/00: JR starts part-time work at her husband’s business broker company with accommodation. Her salary did not exceed the substantial gainful activity (SGA) limit that would have disqualified her from receipt of Social Security disability benefits.

03/14/08: JR visits the Bellaire Texas local Social Security office where she was informed to report this payment as taxable earnings.

04/29/09: JR’s record is reviewed for SGA. The Social Security Administration (SSA) notifies JR to complete a Work Activity Report [form SSA-821-BK] and notifies her that it is counting her 2007 shareholder check and other 2007 compensation as earned labor income.

10/29/09: Social Security decides to continue JR’s disability benefits. (SSA determines that January 2007 – September 2007 were Trial Work Months for JR, but that her “disability is continuing.”)

03/28/11: JR’s record is reviewed for SGA. (SSA notifies JR to complete another Work Activity Report and indicates that it is counting her shareholder distributions as maximum taxable labor earnings for 2007 – 2009.)

11/09/11: Social Security decides to continue JR’s disability benefits. (SSA notice to JR states that while it had intended to review her disability case, “we do not need to review your case at this time.”)

10/08/13: Social Security decides to continue JR’s disability benefits. (SSA notifies JR that upon review of evidence it found that her “disability is continuing.”)

01/15/16: Internal SSA email advises the Pasadena Texas local office manager “Since there is no overpayment and the NH is in current pay, any reconsideration of the previous overpayment currently pending in the PC would be dismissed.” (The e-mail goes on to advise that matter can be reopened but only upon the submission of new evidence that would substantiate a reopening. However, the record demonstrates that no new evidence to substantiate an overpayment so as to justify a reopening was ever presented.[A4]  Once reduced earnings are taken into account, the combined overpayment in benefits to Jimmy Rogers and in spousal benefits to her husband based on Jimmy’s earnings record, would be far less than the over $120,000 claimed by the agency. The actual overpayment is only close to $18,000. Of course, as of the current date, some of this has been reduced on account of agency offset of benefits due to the Rogers.)

05/06/16: Notice from Pasadena Texas local office of Proposed Decision to retroactively terminate JR’s disability benefit (DIB) as of January 2008– 3 months following end of her Trial Work Period due to engaging in SGA.

05/26/16: Notice of Revised Decision to terminate JR’s DIB as of January 2008 from Pasadena Texas local office.

09/23/16: SSA internal Report of Contact form signed by the manager of the Pasadena, TX SSA field office notes payment of bonuses to JR, her Work Activity Reports showing the payment of wages at below-SGA levels, and the amendment of tax returns but that “no evidence was submitted to show the reason of the change in earnings,” and concludes “the NH (number holder, i.e., JR) clearly engaged in SGA during 2007 through 2015 while she was working as a director, secretary, and treasurer.”  The report further concludes “the NH is a corporate officer in her company and has the ability to change, move earnings, dividends, bonuses, and tax records at her discretion.”

11/20/16: JR receives from Baltimore Office of Central Operations Notice of Disability Cessation to terminate JR’s DIB as of October 2010.

01/24/17: JR receives Notice of Disability Cessation to terminate JR’s DIB as of October 2010 from Baltimore Office of Central Operations.

02/03/17: Office of Inspector General (OIG) report following request for “assistance in determining if fraud is involved in the earnings reporting of Title II disability beneficiary, Jimmy Rogers, concluded “Fraud unsubstantiated as intent is not present.”

06/24/18: Notice of Disability Cessation to terminate JR’s DIB as of October 2010 from Mid-America Program Service Center.

“Based on the foregoing, the undersigned finds the claimant has been eligible for disability payments for every month since January 2008 with the exception of payments made to her for October 2012 through December 2012.” ALJ Suing finds that JR is not liable for the $122,292 overpayment, but notes that “she is likely to be overpaid for the months in which she is entitled and will have her monthly payments reduced in the future because her monthly payments took into account earnings from her shareholder distributions.” (Because benefit amounts are based on prior earnings, once JR’s earnings record no longer reflects the shareholder distributions as earned income, her lower lifetime earnings will result in her being entitled to a lower benefit amount.)

07/23/19: Receipt of Notice of Revised Decision from SSA, which states: “We have decided that your disability has ended and that you are not entitled to payments beginning October 2012.”

08/03/19: Receipt of Notice of Disability Cessation from the Mid America Program Service Center, which states:

“We are writing to tell you that you no longer qualify for disability benefits beginning October 2012.”

08/23/19: JR and LR speak with Tracy at the Mid-America Payment Center in Kansas City, MO. She suggests they submit a complete response to the Notice of Decision.

08/26/19: JR and LR submit the requested explanation of the Notice of Decision by fax and express delivery.

09/11/19: JR and LR speak with David Brandt, lead debt specialist at the Mid-America Payment Center. He states that Social Security had not fully “effectuated” the Notice of Decision.

09/16/19: JR receives a call from her healthcare provider that her Medicare insurance was terminated retroactive to June 30, 2015.

09/16/19: David Brandt again suggests JR and LR contact their members of Congress and reports that their case was referred to the disability processing branch of the payment center.

09/24/19: JR and LR speak with Randy Sims, David Brandt’s supervisor at the Mid-America Payment Center. He said they were waiting for the disability processing branch.

10/04/19: JR and LR meet with Ms. Williams at the Pasadena Texas local SSA office. Meeting is arranged by US Rep. Brian Babin. Ms. Williams provides a letter that JR has Medicare coverage. She was mainly concerned about a likely typo in the Notice of Decision.  Deadline for appeal of 08/03/19 Notice of Disability Cessation is 10/7/19.

10/11/19: Appeal was referred to the Pasadena Texas local office that originally started the 2016 case. The Pasadena office then referred the appeal to the Kansas City payment center, who referred the case to the disability processing branch, which previously failed to correctly effectuate the Judge’s decision (according to the payment center).

← Why Not Try Free Market Health Care? Kotlikoff in the WSJ: Myths of Warrenomics →