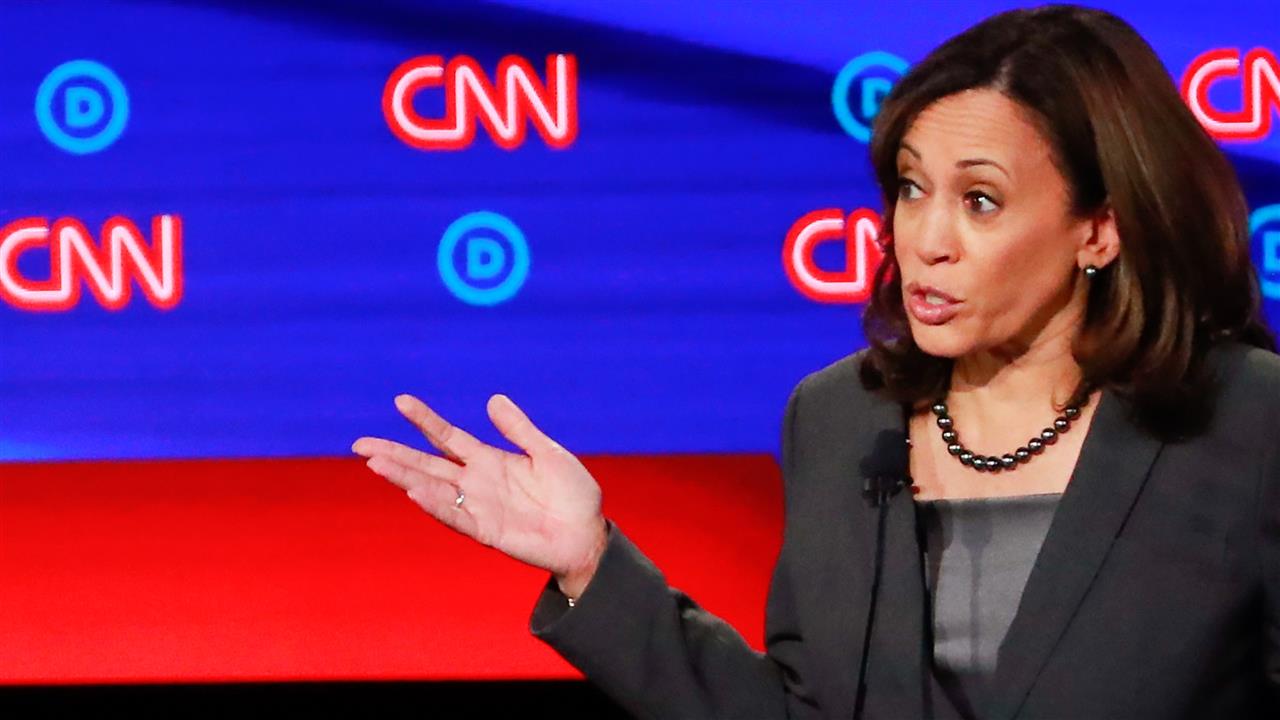 As Democratic presidential candidates veer left to satisfy the party’s radical base, it’s easy to dismiss their ideas as “a fantasy world,” to quote Joe Biden. Even so, they occasionally have an idea worth considering.

Consider Sen. Kamala Harris’s health-care plan. She starts where Bernie Sanders does, with the goal of ending both employer-based insurance and private coverage in the ObamaCare exchanges. And she corrals everyone into Medicare. So far, so radical. But unlike Mr. Sanders, she retains the Medicare Advantage program, under which more than a third of seniors enroll in private insurance. That’s a big difference.

“Medicare for All” is doomed for two reasons. First, working Americans are unlikely to support someone promising to eliminate the plan they get through work. Second, seniors are unlikely to support someone who wants to enroll more sick people in Medicare. That would threaten the solvency of the Medicare trust fund and force seniors to compete with younger patients for doctors and hospital beds.

So if she gets the nomination, expect Ms. Harris—who has shown no reluctance to change her health policy ideas abruptly—to jettison these parts of her plan. Workers will keep their employer coverage. The elderly and the disabled will continue to have their separate coverage.

Even without those features, Ms. Harris’s plan calls for significant changes. She proposes to abolish the ObamaCare exchanges—a signature Democratic accomplishment—and enroll participants in something resembling Medicare Advantage, a program expanded during the George W. Bush administration.

The Medicare exchange for seniors is similar to the ObamaCare exchange. But although it enrolls twice as many people and has been around much longer, you rarely see it discussed in the media. The reason: it works. The ObamaCare exchanges have received so much attention because in many places they have been a disaster.

The idea of replacing ObamaCare exchanges with something similar to Medicare Advantage is better than anything Ms. Harris’s Democratic rivals have proposed. It’s also better than many Republican reform ideas.

Medicare Advantage is much better than traditional Medicare. Ordinary Medicare is lousy insurance. Most Americans under 65 pay one premium to one plan. To get comparable coverage, seniors must pay three premiums to three plans. They get Part A (hospital insurance) free, based on past payroll taxes. But they must pay a premium for Part B (doctor services), a second premium for Part D (drug coverage), and a third premium for Medigap insurance to fill the gaps that remain.

Even after all that, most seniors still don’t have the protection others have. Just about everybody in America with private insurance has a legally imposed limit on out-of-pocket costs. A typical Medicare enrollee could conceivably face out-of-pocket charges of $1 million or more if they stay in a hospital too long or need expensive drugs.

Enrollees in Medicare Advantage plans, by contrast, usually pay no more than their Part B premium. They get more benefits in return, and there are strict limits on out-of-pocket expenses.

In four years, premiums have doubled and deductibles have tripled for people with ObamaCare insurance. Worse, there has been a race to the bottom in terms of provider networks. Prior to ObamaCare, patients who were uninsurable could often get risk-pool insurance that looked like a regular Blue Cross employer plan. Under ObamaCare, they too often find themselves in networks that pay Medicaid rates and exclude the best doctors and hospitals.

In Dallas, where I live, no plan in the individual market will give enrollees access to UT Southwestern Medical School, one of the world’s best medical research facilities. As a Medicare Advantage enrollee, I have complete access to the facility and its physicians.

Many Medicare Advantage plans are better even than typical employer plans. The best Medicare Advantage plans tend to be doctor-run organizations called Independent Practice Associations, in which physicians coordinate their care. They strive to keep patients out of the hospital. They pay special attention to the chronically ill, who normally need care from several different specialists.

Medicare Advantage isn’t perfect. Regulation restricts the use of phone, email, Skype and other forms of telemedicine. It also prevents access to concierge (“direct primary care”) doctors who provide round-the-clock access and cost as little as $100 a month for a senior patient. And there are no health savings accounts.

Still, it beats ObamaCare by a long shot. If Ms. Harris dropped her ambitions for banning private insurance, she would be on her way to a worthy health-care plan.

Mr. Goodman is president of the Goodman Institute and author of “Priceless: Curing the Healthcare Crisis.”