Goodman: Why the left has no new ideas 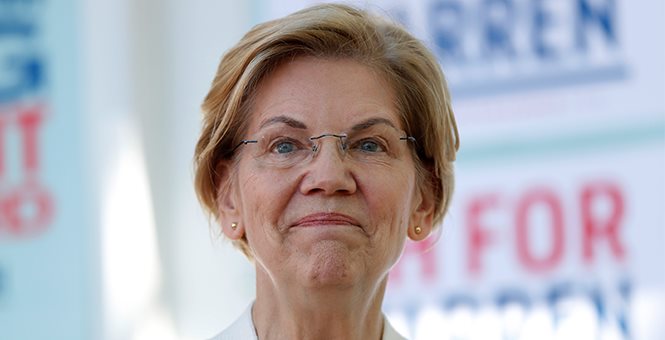 t first glance you might think that the Democratic presidential campaign is boiling over with one new idea after another. Free health care. Free education. No more carbon emissions. There have been so many pronouncements, it’s hard to keep track of them.

But that’s just at first glance. If you delve deeper, you will discover these are not ideas at all. They are feelings. Strongly held feelings, mind you. But feelings, nonetheless.

Take health care. There is only one interesting public policy question there: If we paid for care in a different way (for example, through taxes instead of fees for services rendered) would health care become cheaper, better and more accessible?

Would you believe that Democratic presidential candidates have no interest in even discussing this question?

Source: (AP Photo/Robert F. Bukaty, File)They assiduously avoid telling us how national health insurance would be paid for or how it would work – except to assure us that there would be no lengthy waits for care or lack of access to modern medical technology, as there is in Canada. But how do they know nothing bad would happen, if they refuse to think about the details?

As it turns out, there have been only two new ideas in health care in the last several decades. They both are considered right-of-center ideas, because of their reliance on choice and competition.

Health Savings Accounts – allowing people to manage some of their own health care dollars – were introduced with great success in Singapore in 1984 and in the United States and in South Africa in the 1990s. Roughly 40 million people in this country now have an HSA or a similar Health Reimbursement Arrangement (HRA) and these accounts are quite popular.

Buying and selling private insurance on a market-based exchange is the other right-of-center idea. It was first introduced on a national scale in Switzerland and subsequently copied in Netherlands and elsewhere.  Strangely, left-wingers almost never mention Swiss health care, even though that system is judged to be the most egalitarian in the world.

Granted, the (Obamacare) exchanges have been a disaster – especially when compared to the exchange used by one-third of seniors, those who obtain private insurance through the Medicare Advantage program. But that may be because the former was created by Democrats who don’t like markets while the latter was created by Republicans who do like them.

Free college tuition is also better described as sentiment rather than a public policy proposal. Like health care costs, college tuition has been rising much faster than family incomes. In both sectors the reason seems to be the same. Someone else (more often than not, government) is paying the bill. If taxpayers paid the entire cost, what would keep colleges from jacking up tuition even more? What would prevent students who really shouldn’t be in college from abusing the system?

Even more troubling is the fact that the greatest source of income inequality (about which Democrats complain loudly and often) is the difference in wage income between college graduates and everyone else. Does it make sense to subsidize the very inequality you are protesting?

Here again, the most sensible solution comes from the right. Human capital loanswould allow students to obtain an education. But repayment would be limited to a percent of the graduate’s income (say 10%) for a limited number of years. This system is progressive, because students who do better pay more and they are not subsidized by cohorts who earn less. Students who paid their own way wouldn’t have to subsidize a free ride for others.  And, it would give colleges a stronger incentive to care about the economic fate of their graduates.

The Green New Deal is a proposal to eliminate carbon emissions, but without using economic incentives. If there is a good reason to limit carbon emissions, economists are virtually unanimous about how to do it: a carbon tax. That would give everyone an incentive to reduce emissions but leave them free to find the least burdensome way of doing so.

Why is this alternative unacceptable to the left? Apparently, any solution that relies on individual choice and market prices is to be rejected per se.

In each of these policy areas, not only does the left not have a viable policy idea; there are good, right-of-center ideas that really would solve problems.

What’s the right way to fund infrastructure? With user fees – so that the people who get the benefits are the ones who pay the cost. Where should the initial capital come from? Private investors will be better stewards and better watchdogs than government bureaucrats managing taxpayer money.

The rich already pay an enormous share of the tax burden. If they need to pay more, a progressive consumption tax (long favored on the right) is efficient and it works. Wealth taxes (favored by the left) are inefficient and they don’t work.

What’s the best way to raise wages? By lowering taxes on capital, not by raising them.

There is a pattern here. For the past 50 years virtually every sensible public policy idea that has been debated – both here and abroad – has come from the right.

The last real idea I can think of that came from the left was George McGovern’s Demogrant. That was a proposal to give every America $1,000. At least it had substance. We knew what he meant.

After that idea was resoundingly rejected, the left just quit thinking.