Goodman at Forbes: Why The Pre-Existing Conditions Argument Is Killing Republican Candidates 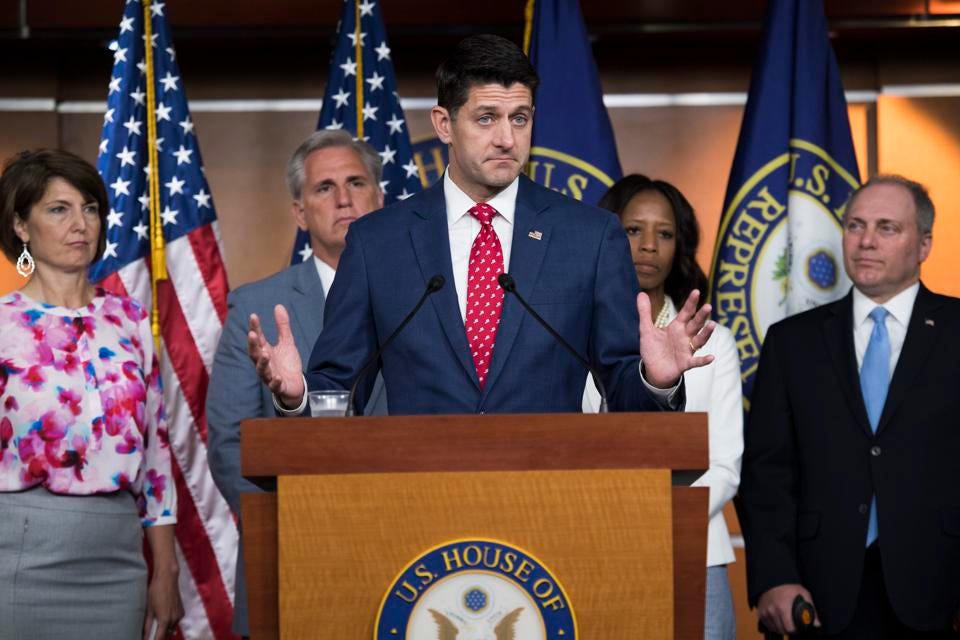 It’s a persistent Democratic talking point. It’s almost always mentioned by opponents of Brett Kavanaugh, Donald Trump’s choice to be on the Supreme Court. It’s the number one argument Democrats make for why they, rather than Republicans, should be trusted with the health care system.

Anyone with a pre-existing condition is at risk, they say. If Republicans have their way and you’re sick, you’ll face higher premiums, skimpier coverage and perhaps no insurance at all.

So, how did Republicans become vulnerable to these kinds of charges? Because they are partly true.

Obamacare is essentially private-sector socialism. Healthy people are forced to pay more than actuarially fair premiums so that sick people can pay less. And virtually every important change to Obamacare made by the Republican Congress and the Trump administration has been designed to give relief to the healthy.

Abolishing the individual mandate, allowing people to join association health plans, making it easier to buy short term insurance not bound by Obamacare regulations – all these measures allow the healthy to escape their unfair premiums. If another run at challenging the constitutionality of the entire Obamacare law is successful, that would also let healthy people escape.

All these changes are good. But if the healthy leave, what happens to the sick?

With fewer healthy people paying into the insurance pool, there is less money to subsidize those who remain. That gives Democrats the opportunity to stoke fear in the minds of anyone with a chronic health condition.

There is a very simple answer to this problem: Any reform of Obamacare – including its complete abolition – must protect the sick.

More on how to do that below. But first a quick review of the bidding – as they say in bridge.

The original aim of Obamacare was to insure the uninsured. It was to make health insurance affordable for almost everybody. But as Chuck Schumer later realized, the uninsured don’t vote. About 95% of people who did vote were already insured. So, commendable as the goal may have been, in creating Obamacare the Democrats were proposing to spend roughly $200 billion a year on people who didn’t plan to reward them at the polls.

Democrats learned this lesson early on. By the time Congress was ready to pass legislation, not a single one of them talked about insuring the uninsured. On the eve of the final vote every single proponent of Obamacare who went on TV to defend it had one and only one talking point: sick people were being abused by insurance companies.

Even today – with almost 30 million people uninsured – you rarely hear a Democratic candidate talk about that fact or propose to do anything about it. They have learned to focus on those who vote.

Now as it turns out, although Obamacare has been reasonably good for many of the uninsured, it has been terrible for most of the chronically ill. Bill Clinton was right. People are paying twice as much for half the coverage. If you earn more than $48,560, you get no subsidy. That means your premiums have doubled and maybe even tripled. Even if you get a subsidy, you face ridiculously high deductibles and unconscionably narrow networks of providers.

Half the counties in the country have only one (that is, a monopoly) insurer. More often than not that insurer is a Medicaid contractor who is offering a plan that looks like Medicaid with a high deductible. That means no access to the best doctors and the best hospitals.

Among people who get no subsidy, the vast majority would have been better off under the old system – before there was Obamacare. For the very few who were denied coverage because of a health condition, in most states there were risk pools. The plans looked like standard Blue Cross plans and Blue Cross was often the insurer. In some cases, the premium was 50% higher than the rates charged in the market, but that’s a whole lot better than premiums that are two or three times as high in the current environment.

There is one more bit of evidence that the chronically ill are worse off under Obamacare. In the first few years before the Obamacare exchanges opened up, there were federally subsidized risk pools in every state. Anyone who was denied coverage in the marketplace could obtain standard health insurance from the risk pool for the same premium healthy people were paying. The result? After several years of operation, enrollment was just over 107,000.

For all but a handful of people, the system was working tolerably well for everyone in the country with a chronic illness.

So how do we get out of the mess we are in while meeting the needs of people with serious health care problems?

Answer: Allow the states to ask for and receive a block grant of Obamacare funds and give them broad authority to reform their individual health insurance markets, provided that people with pre-existing conditions are protected.

Protection for people with health conditions means: Lower premiums, lower out-of-pocket costs and wider networks for chronic patients who are currently insured and paying premiums. It also means progress toward the ultimate goal of insuring that people who have been paying premiums to group plans and become too sick to work have access to individual insurance that is similar in price, quality and access to care – regardless of health condition.

As long as the states do this, they can be given the freedom to do almost anything else they want to do. And by giving them the opportunity, Republicans can have their cake and eat it too. They can solve the problems of Obamacare, without creating a new class of victims.