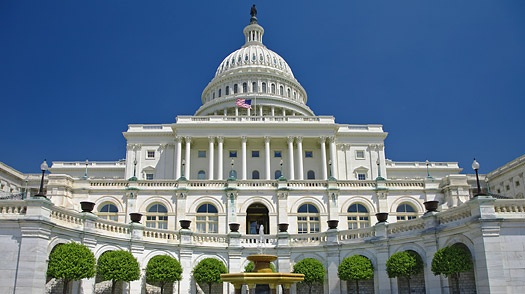 One thing missing from the recent Republican efforts to reform Obamacare is what George H.W. Bush called “the vision thing.” What would a Republican health care system look like? How would it differ from the Obamacare exchanges the Democrats have created?

These are questions Senator Ted Cruz (R-TX) has been asking, and he believes he can cut the Gordian knot that has stymied Republican attempts to repeal and replace Obamacare by deregulating the market for health insurance.  His proposal: As long as health insurers offer at least one plan that satisfies the Obamacare exchange regulations, they may offer other plans that do not comply.

What “no discrimination against pre-existing conditions” means. Here is something that is not well understood. Although Obamacare has the veneer of consumer choice, what it’s really about is redistribution – from healthy enrollees to sick enrollees. By forcing everyone into plans that charge the same premium and offer the same benefits, Obamacare is designed to force the healthy to overpay so that the sick can underpay. Without this hidden redistribution, insurers would have no way to pay for high cost enrollees, who by law are paying premiums that are no higher than the premiums paid by everyone else.

What the critics are getting wrong. Critics on the right and left quickly seized upon this insight and wasted no time before pouncing. “The non-compliant plans would likely omit coverage for expensive benefits such as mental-health coverage, and might even limit the total amount of the insurance benefit either annually or over a lifetime,” writes James Capretta at National Review.

“In practice, this would mean some plans exclude expensive benefits like maternity care and mental health coverage,” writes liberal health writer Sarah Kliff at Vox. “Someone with chronic illness, they’re going to end up wanting to buy the more comprehensive coverage,” says Joe Antos, a health policy analyst at the American Enterprise Institute.

But this is mainly wrong. A diabetic might jump at the chance to pay lower premiums for a plan that omits a lot of unwanted benefits in order to get more affordable diabetic care. Ditto for cancer patients and people with heart disease. By contrast, a healthy person might opt for more comprehensive coverage because she is less certain about what her future health needs might be.

What the critics are getting right. That said, we will clearly have a problem if we allow some plans to underwrite (and charge lower premiums to the healthy) as long as some other plan is guaranteed issue and community rated (accepts every one for the same premium regardless of health status). In this case, all the healthy folks would definitely choose the former plan and the latter plan would be in a death spiral almost overnight.

Can risk pools solve the problem? Cruz has recognized that the market would likely segment, with the healthy in one pool and the sick in another. And he proposes a solution: instead of subsidizing the care of costly patients by regulating premiums, we should pay for the extra cost of their care directly. This could be done by a government-subsidized risk pool, by an invisible risk pool (where the patient is unaware of the subsidy) or through some other mechanism.

There are two problems with this idea. First, Cruz has not explained how the source of funding will change from time to time to match the need for it. Second, and more important, Cruz has proposed that this additional funding will help lower premiums for everyone. But since the source of funds is generally a reduction in (Obamacare) subsidies, no new money is being added to the individual market. Government funds are merely being recycled. The only way the average premium can be lowered under such an arrangement is if people get fewer benefits.

For risk pools to lower premiums, the funding for the risk pool needs to come from outside the system. And it needs to be dedicated – so that it continues year after year.

Making the Cruz plan better: Stop group insurance from dumping costs on the individual market. The primary reason why Obamacare premiums have doubled since 2013 is the migration of high-cost enrollees from group plans to the individual market. State risk pools, for example, sent their high-cost enrollees to the exchanges. The federal risk pool ended and did the same thing. The City of Detroit announced it was bankrupt and sent 8,000 retirees to the Detroit exchange. In all cases, these enrollees are paying far less than the expected cost of their health care.

In the pre-Obamacare days, risk pools tended to be funded by a small premium tax on commercial insurers. Here is why that was reasonable. The whole problem of pre-existing conditions is largely created because government tax policy encourages people to enroll in non-portable group insurance. After paying premiums to these plans for many years, some developed costly health conditions. When they went to the individual market they faced higher premiums, exclusions and riders and, in some cases, downright denial. Why should plans in the individual market pay all the costs of care, when plans in the group market have been collecting all the premiums for all those many years when the employees were basically healthy?

These days, most workers are in self-insured employer plans and states cannot impose a premium tax on them unless Congress changes current law. So, a reasonable amendment to the Senate health care bill would allow states to impose a small premium tax on all group insurance for the express and limited purpose of funding excess costs that come from the transitioning of people from the group market to the individual market.

Making the Cruz plan better: Stop health plans from dumping costs on each other. The race to the bottom in the Obamacare exchanges reflects the fact that health plans are trying to attract the healthy and avoid the sick. If a health plan encourages all its cancer patients to leave for another plan because its network excludes the best oncologists and the best oncology facilities, the plan bears no cost. If a plan with more attractive cancer care attracts cancer patients, it gets no reward.

The basis for the payments would be the risk adjustment formulas used in the Medicare Advantage program. But the insurers would be free to improve on the formulas through private, voluntary agreements. In time, they would no doubt discover improvements.

Making the Cruz plan better: Stop individuals from dumping costs on each other. If some plans can offer skimpier benefits, you can’t allow people to choose those plans while healthy and then switch to the more generous plans after they get sick. People must pay the full actuarial cost (by means of a higher premium) of any such change. Conversely, people should get the full actuarial benefit (through a lower premium) when they choose a less comprehensive plan.

Principle of good health care reform: actuarially-fair compensation for every choice. Most of the problems in the individual market today are caused because no one is facing the right price for insurance – no buyer and no seller. This creates perverse incentives on both sides of the market. For the most part, the incentives of the insurers are to attract the healthy and avoid the sick and (after enrollment) to overprovide to the healthy and underprovide to the sick. On the buyer side, those who are undercharged will tend to over insure. Those who are overcharged, will tend to under insure. Since everyone faces the wrong price, everyone is making the wrong decisions.

If health plans get actuarially-fair compensation for their enrollees, they will specialize and get very good at cancer care, heart care, diabetic care, etc. They will advertise and seek out patients with problems because by lowering costs and raising quality they can profit from solving those problems. Once people enter the system, they should pay the full actuarial cost and reap the full actuarial benefits of any further changes in coverage. In this way, they will pay the full costs and reap the full benefits of every decision they make.

This article was originally posted at Forbes on July 14, 2017.