Republicans Are In A Health Care Trap. Here’s What They Can Do About It 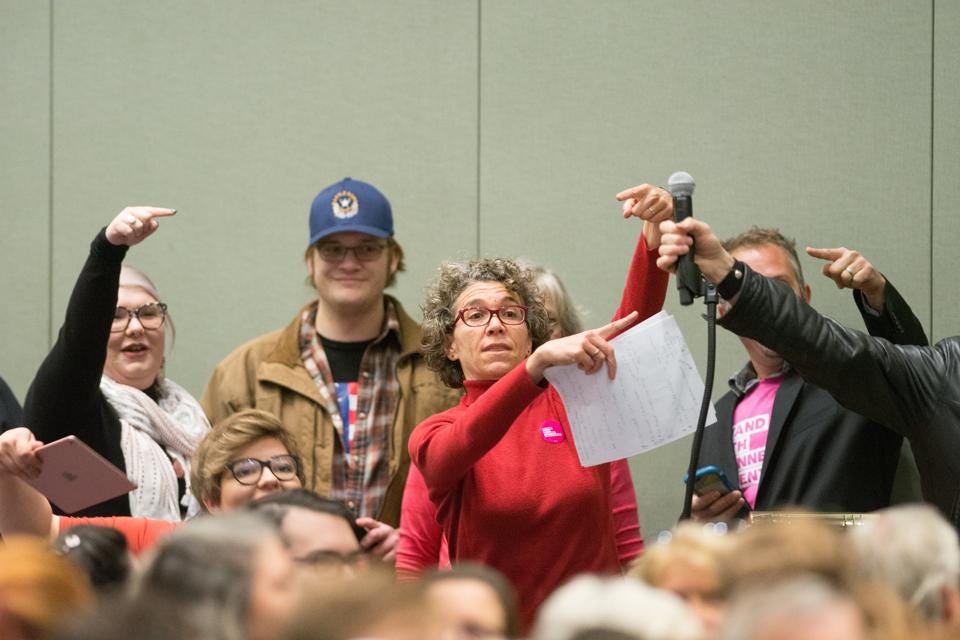 For most of the last seven years, Republicans thought it would be easy. Everyone could see that Obamacare was a mess. It has so many problems it would take forever to list them. Even Bill Clinton said the system is “crazy.” There are so many victims and so many horror stories, it’s almost impossible to think of a system that could be worse.

But what Republicans are offering does not seem to be popular with voters. Even in red states, 63 percent of those polled reject what the congressional Republicans are proposing. Yet Senators who are balking at it risk incurring the wrath of Trump supporters and the Republican right wing.

Take Nevada Senator Dean Heller. Nevada accepted federal Medicaid expansion, insuring an additional 200,00 people. The Republican governor, like Heller, opposes attempts to pare that back. Yet Heller faces a tough re-election next year; and conservative financial backers are so furious over his refusal to endorse the Senate health reform bill, they have run TV ads against him and they are considering funding a candidate to oppose him in the Republican primary.

Heller is caught in an impossible political vice. It’s a scenario that could easily play out in state after state across the country. Next year was supposed to be an especially good year for Senate Republican candidates. Now it appears they could lose the Senate altogether.

What makes this especially surprising is that the congressional Republicans created this political vice all on their own. They got no help whatsoever from Democrats.

So how can they get out of it? First they need to follow two rules.

Don’t Cut Taxes for the Rich by taking Health Insurance Away from the Poor. Like many economists, I think there should be no taxes on capital. We should tax people based on what they take out of the system (consumption), not based on what they put in (saving and investment). But it’s political suicide to pay for reduced taxes on investors by taking health insurance away from the poor and the middle class. It’s almost as bad to take health insurance dollars and use them to reduce taxes on drug companies and insurance companies – the very special interests who agreed to be taxed to help fund Obamacare!

The New York Times, by the way, had a field day with a huge front-page story on all the sympathetic patients who they claimed would be at risk under the Senate Republican health reform. There were photos of patients in wheel chairs, patients with care givers, etc.

Here is the general rule: All the Obamacare revenues should stay in health care and anti-growth taxes should be eliminated in tax reform. My colleagues Laurence Kotlikoff and Alan Auerbach have demonstrated that the House Republican tax plan is revenue neutral. We don’t need to rob the health care budget to make tax reform work.

There is nothing wrong with using Obamacare revenue to cut taxes. In fact, that’s how the money should be used. But the tax cuts need to be targeted to help people buy health insurance.

Don’t Repeal without Reform. In the House, the issue that divided conservatives and moderates was: how much of Obamacare is going to be repealed? Naturally, they compromised somewhere in the middle. Naturally, no one was happy. This process has now been repeated in the Senate, where the primary issue is: how much should Medicaid spending be cut? Mitch McConnell is looking for a compromise. Naturally, no one will be happy.

Think about that. Republicans have a zillion opportunities to make people’s lives better and instead they are arguing about how much pain to inflict. If, instead, they solved problems and made life better for millions of people, very few people would care about how much of Obamacare was actually repealed.

Here are five ways to get that done.

Offer the tax credit to employees. The tax credit in the individual market should also be offered in the group market, where premiums are now lower and coverage is better. With this change, a 5 to 6 million increase in employer-sponsored insurance is very possible, allowing Republicans to enter the next election with positive insurance results.

Allow employers to buy portable insurance. Obamacare imposes a fine of up to $36,500 per employee per year on employers who buy individually-owned insurance with pre-tax dollars. In the 21st Century Cures Act, Congress waived this penalty for small business. It should now do the same for all businesses. Employers should have the freedom to choose between the individual and group markets and to choose the type of tax relief – a tax exclusion or a tax credit.

Create risk pool with a dedicated source of funding. In theory, risk pools are a very good thing, but they cannot lower the average premium unless there is a new source of money. Right now, the group plans are dumping high-cost enrollees into the individual market, where they pay the same premiums as younger, healthier enrollees. As long as they can do that, the individual market will be potentially unstable and premiums for the healthy will be way too high. A solution is to give state governments the ability to impose a small premium tax on all group insurance and use the funds to reinsure high-cost patients who migrate from employer plans to the individual market. This is traditionally how risk pools have been funded.

Allow free market risk adjustment. To stop the race to the bottom in the individual market, health plans must not be allowed to dump their most expensive enrollees on each other. Instead, when a high-cost enrollee moves from plan A to plan B, Plan A should be required to top up the premium for B to cover all expected extra costs. Under such a system, health plans would compete to enroll the sick – just as they do in the Medicare Advantage program. Providers would specialize in such services as cancer care, heart care, diabetes, etc., and they would compete to solve problems rather than running away from them. See this description of what free market health care would look like under these better incentives.

Allow limited benefit insurance. People should be allowed to buy insurance that is appropriate for their income and health status, rather than insurance that covers every expense hospitals might incur. For example, young, healthy families should be allowed to purchase a plan that covers, say, the first $100,000 of medical expenses – covering 95% or more of all expected expenses. The family’s income and assets would be fully protected against claims up to this amount – giving them the same protection higher income families have. In the rare case of a $1 million expense, the hospital would have to find some other way of covering the additional cost – just as they have done in the past. Don’t make families buy inappropriate insurance in order to solve the financial problems of hospitals.

Further, in every individual market, there should be at least one plan that can be purchased for the amount of the tax credit with no additional spending. This also makes auto enrollment easier, if that is what a state wants to do.

With these five changes, Republican Senators could show they are serious about health reform and serious about keeping the promises Donald Trump made during the election.

This article was originally posted at Forbes on July 5, 2017.

← How to Make Health Insurance Affordable and Attractive: Lessons for the Senate Can Ted Cruz Save Republican Health Reform? →