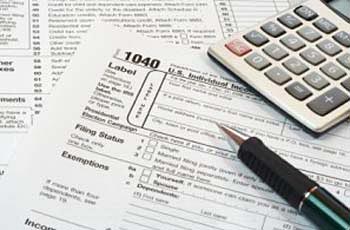 Originally posted at The Austin American Statesman in May 2017.

“Every man, woman and child lives under a nuclear sword of Damocles, hanging by the slenderest of threads, capable of being cut at any moment by accident or miscalculation or by madness.”

President John F. Kennedy delivered those frightening words in front of the United Nations back in 1961. Not much has changed over the decades — just look at North Korea.

Another less deadly, yet highly terrifying, fiscal sword of Damocles hovers over young and future generations. I don’t reference the $20 trillion of official national debt mesmerizingly portrayed at usdebtclock.org. I’m referencing the real measure of our government’s indebtedness — our $200 trillion fiscal gap.

It has done so in the easiest way imaginable — by its choice of words.

This is our Alice-in-Wonderland world of fiscal finance. The government has full leeway to call monies it takes from us borrowing or taxation. And it has full leeway to call money it will later pay us debt service or transfer payments. Consequently, official government debt is an economically meaningless, anything-goes number — a reflection of language, not economic reality. Using it to steer fiscal policy is like driving in New York with a map of Los Angeles.

Mathematically speaking, there are an infinite number of different, internally consistent ways to label past, present and future government receipts and payments. Each produces a different, equally meaningless time path of official debt.

We’ve seen this problem in physics. Depending on one’s frame of reference (language), one can report an infinite number of different values for time and distance.

Nineteen Economics Nobel Laureates and thousands of other economists have endorsed fiscal gap accounting at www.theinformact.org. But the Inform Act — a bipartisan bill requiring the Congressional Budget Office, Government Accountability Office and Office of Management and Budget to do fiscal gap accounting — hasn’t passed. No surprise. Neither party wants to reveal the fiscal disaster they’ve jointly created.

Unfortunately, America’s $200 trillion fiscal gap, which, scaled by GDP, is the largest of any developed country, isn’t a word game. Closing it requires either an immediate and permanent 50 percent hike in all federal taxes or an immediate and permanent 33 percent cut in all federal spending. The longer we wait, the larger the required adjustment.

President George Washington admonished us to “not ungenerously (throw) upon posterity the burden (of debts), which we ourselves ought to bear.”

President Thomas Jefferson wrote: “It is incumbent on every generation to pay its own debts as it goes.” These presidents would be appalled to learn their advice has been utterly ignored.

What’s this mean for you personally? Plenty. Insolvent governments print money (causing inflation) and, eventually, raise taxes and cut spending. So, beware of investing in long-term bonds that may pay back in watered-down dollars.

Also, save for your kids. They will need help.

This article was originally posted at The Austin American Statesman on May 20, 2017.

← The Risks And Rewards of Annuities Kotlikoff: The Robots are Coming →