What Would A Free Market For Health Care Look Like? 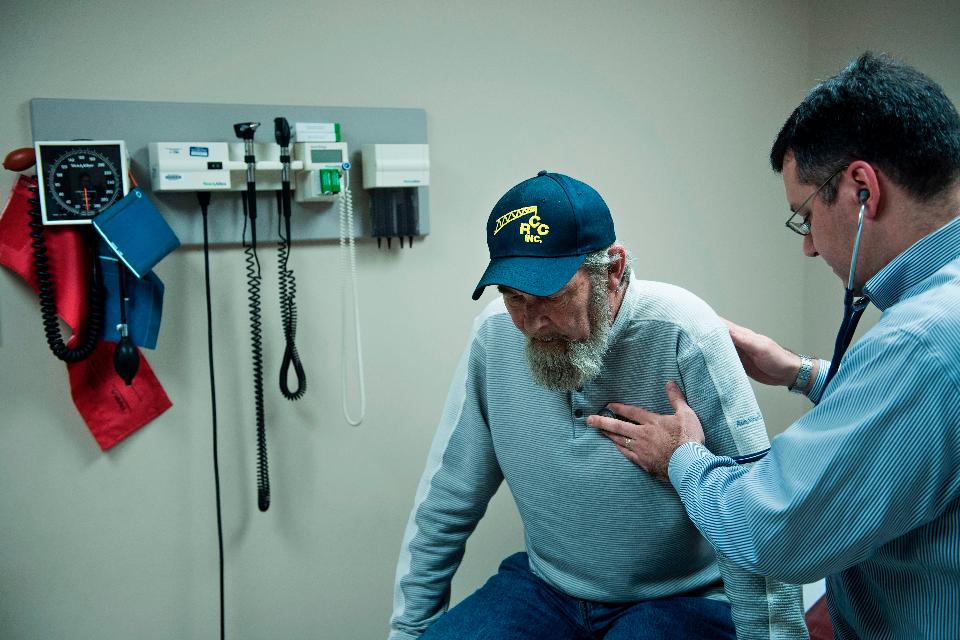 One of the more interesting television commercials I see is an ad sponsored by Cancer Treatment Centers of America (CTCA). The message: if you have cancer, we want you.

Welcome to a small glimpse of how the market for health care might be different.

If we had a genuinely free market for health care, ads like this would not be rare and unusual. There would be centers of excellence for heart disease and diabetes and dozens of other afflictions. Through television, radio, the Internet and other means, these centers would be seeking out people with problems and offering to solve them – just like in other markets.

Unlike today – when virtually every health plan, especially in the Obamacare exchanges, is trying to avoid the sick – entrepreneurs would view the healthy as relatively uninteresting. It is among sick people with expensive problems that real money is to be made.

A much more expansive glimpse of how things might be different is provided by another group of ads, produced by trial lawyers. On my television set, I am bombarded by a steady stream of ads aimed at people who suffer from asbestos poisoning, adverse drug reactions, auto accident injuries and dozens of other misfortunes. But I never see any ads produced by doctors or health clinics offering to meet the needs of these very same victims.

Why is it that the trial lawyer ads are everywhere, while the doctor ads are nowhere to be found? The short answer is: we have a free market in the resolution of tort claims, but we have completely suppressed the market for medical care.

How to solve this problem is especially important at the moment – as the more conservative members of the House of Representatives push for free market alternatives to Obamacare. One reason why that effort seems to floundering is that no one is identifying what reforms would be necessary if we want to liberate the market and allow it to work.

Health Questions. Although CTCA ads are on television for all to see, Medicare patients are its real target audience. As I have explained in another context, CTCA provides a lot of services Medicare won’t pay for. But the company has found a way to cover its costs by billing Medicare for what the government will pay for.

What about the Obamacare exchanges? Forget it. In general, Obamacare makes it against the law to discriminate for or against any group of potential enrollees based on their health status. So, a company like CTCA cannot advertise that it wants cancer patients in an Obamacare exchange. Nor can it ask potential enrollees if they have cancer or what kind of cancer they have or what the degree of progression is.

Instead of allowing health plans to specialize, get really good at something and then seek out the relevant patient population, Obamacare is based on the idea that every health plan is equally appropriate for every patient – regardless of the patient’s health condition and regardless of how good or bad the plan is in treating that condition.

If we want to encourage a real market for health care, this must change. Plans should be encouraged to ask about an enrollee’s health condition prior to enrollment and they should be encouraged to do health assessments after enrollment. Health plans can never deliver ideal care or help enrollees find plans that deliver better care if they don’t know anything about the health status of their patients.

Health Records. Surprisingly, health records possessed by insurance companies almost never travel with a patient when the patient switches health plans. For one thing, once the patient stops paying premiums to the original insurer, that insurer has no reason to bother. In addition, privacy regulations don’t allow the transfer of records unless patients specifically request it.

All of this needs to change. Insurers should have an affirmative duty to send a patient’s health records to any new insurer and the privacy rule should be: the records travel with the patient unless the patient opts out.

Risk Adjusted Premiums. Another reason you don’t see CTCA competing for cancer patients in the Obamacare exchanges is that it is illegal for the company to charge a premium that reflects the expected cost of care. Obamacare forces all insurers to charge the same premium, regardless of the health condition of the enrollees. This makes the healthy financially attractive and the sick unattractive. As a result, the plans are trying to attract the healthy (with lower premiums) and avoid the sick (with high deductibles and narrow networks, that exclude, for example, the best cancer care).

Precisely the opposite happens in the Medicare Advantage program, where Medicare makes a significant effort to pay insurers actuarially fair premiums. The enrollees themselves all pay the same premium, but Medicare adds an additional sum, depending on the enrollee’s expected costs. For example, some special needs plans are paid as much as $60,000 or more, per enrollee. Under this system, all enrollees are financially attractive to insurers, regardless of health status.

What we call “health status risk adjustment” would begin with the Medicare Advantage risk adjustment formulas. However, the extra premium adjustments would be paid by insurers to each other— not by Medicare. Further, the insurers would be able to improve on Medicare’s formulas as they learn of better methods of adjustment. They would also be able to use “look back” techniques to adjust the payments through time, when they discover the original estimated expense was too high or too low. The risk adjustment we are describing here is adjustment produced by the marketplace, not by a bureaucracy.

John Cochrane makes a persuasive argument that this sort of free market risk adjustment would naturally develop in an unregulated health insurance market.

With health status risk adjustment, there would be no need for an annual open season. Patients could switch health plans at any time of year and this opportunity would be especially important if their health condition changes.

Risk Pools, Reinsurance, and the Role of Government. Why can’t government just get out of the way completely and give the market for health insurance free reign? It could. But there is a reason for government involvement. For most of the post-World War II period, our tax law made employer-provided group insurance tax free while denying similar tax relief for insurance purchased in the individual market. That meant that if an individual retires or leaves an employer plan for any reason, she could face higher premiums, riders and even outright denial of coverage because of a pre-existing condition – even if she had been paying premiums into her employer’s plan for decades.

The least bad way to make up for the policy mistakes of the past is with government funded reinsurance that allows insurers to financially segregate high cost enrollees who come from the group market. In this way, premiums can be kept at free market levels for the relatively healthy without denying coverage to those who are sick. To pay for the reinsurance, the states could rely on general taxation. Or, they could be allowed to impose a small “premium tax” on all insurance – public and private – and that tax would mainly fall on the group market, from which the high-cost patients are arriving.

House Republicans are considering adding reinsurance (“invisible risk sharing”) to their reform proposal  and results from Alaska and Maine suggest that the reform would do much to lower premiums for the healthy and bring them into the market. But the proposal doesn’t go far enough. There should be a market for high cost patients and centers of excellence should be encouraged to compete for their enrollment. In that way, the necessary amount of reinsurance would be determined by market competition rather than by government fiat.

Market potential. Instead of pretending that enrollees don’t have health problems or that their problems are all alike, health plans could play an important role in getting the right patient to the right plan. For example, before there was Obamacare, Cancer Treatment Centers of America and Kaiser Permanente were in negotiations for a mega deal that would have transferred all of Kaiser’s cancer patients to CTCA, subject to the agreement of the patients themselves. This is what you would expect. If CTCA can provide better, cheaper care than other insurers, it makes sense for them to approach Blue Cross, UnitedHealth and other insurers with an offer to take all their cancer patients. Other cancer treatment centers could compete for the same business.

We would expect similar developments for every other important health problem.

No Dumping. If we are to enjoy the benefits of a truly free individual market for individual insurance, group plans must not be allowed to shift costs into this market. One of the reasons why Obamacare is experiencing spiraling premiums is that we have forced the individual market – a tiny part of the system with fewer than 10 percent of those with private insurance – to become a dumping ground for the social problems of the rest of the system.

These practices must end.

Self-insurance. The final step in creating a real market for medical care is to liberate the role of self-insurance. In an ideal health plan, patients would be financially responsible for entire areas of care (e.g., all primary care, including most diagnostic tests, and self-management of chronic illness) and they would manage the money that pays for that care – much as the Medicaid disabled patients manage a budget in the Cash and Counseling program. Insurers would also be able to fix their third-party payments to levels that cover high-quality, low costs treatments – leaving enrollees free to pay from their Health Savings Accounts if they make other choices. (As Anthem/WellPoint did successfully in California.)

If the government subsidy is in the form of a tax credit, the savings accounts should be Roth accounts. They should be completely flexible under the tax law – allowing them to wrap around any third-party insurance plan.

If Republicans followed all of the recommendations made here, their proposal would be very different from previously proposed reforms that had no purpose other than to make Obamacare work better. They would be paving the way – first in the individual market and eventually in the group market – for a radically reformed health care system.

This article was originally published at Forbes on April 10, 2017. http://bit.ly/2qFkksq