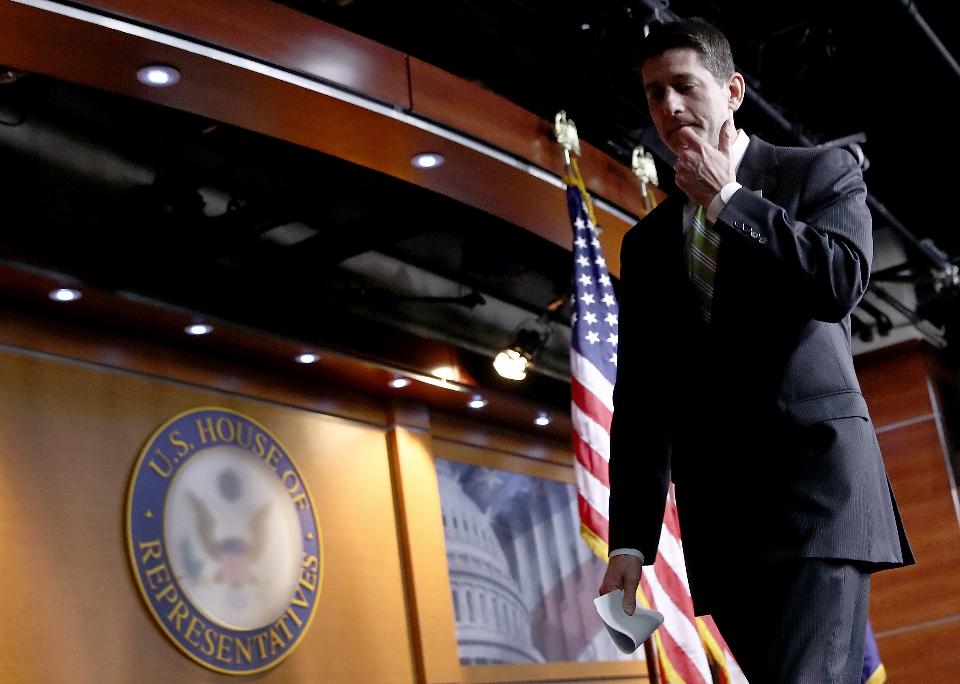 Republicans failed to repeal and replace ObamaCare for four reasons. First, there was never agreement about what the party was for and what it was against – even after 7 years and 60 repeal votes in Congress. Second, the Republican leadership did nothing to help forge a consensus by means of hearings, meetings, etc. Third, the Paul Ryan replacement bill was completely different from what had been promised the voters by Donald Trump and Republican candidates during the election. Finally, and most importantly, the bill did almost nothing in a visible way to solve the problems of ordinary people.

Let’s take these in reverse order. Before there was Obamacare, the market for individual insurance worked reasonably well. In all but a handful of states, insurers were free to price risk based on the health status of new buyers and policies were guaranteed renewable: once insured, people could not have their insurance cancelled or premiums increased because of a health problem.

Yet, non-portable group insurance obtained through an employer received generous tax relief whereas individually owned insurance did not. As a result, people were encouraged to obtain the former rather than the latter. But if they left the group market they could face high premiums, exclusions and even denial of coverage because of a pre-existing condition – even if they had been paying premiums in the group market for their entire adult lives. Many states addressed this problem with risk pools, but did not always do so adequately.

Obamacare tried to correct these problems in the worst possible way. It required guaranteed issue (no denial of coverage for health reasons) and community rating (same premium for everyone) in the individual market. To keep people from gaming the system, the Democrats imposed an individual mandate with financial penalties – but the penalties were far below the cost of the insurance, there were numerous exemptions and plenty of ways for the uninsured to buy insurance at any time during the year if they became sick. Also, people were free to upgrade to more generous coverage if they became sick and downgrade to skimpier coverage after they got well without any additional financial penalty.

Obamacare also created a completely different kind of tax relief in the individual market (a tax credit) from the group market (where premiums are excluded from income and payroll taxes). As a result, the tax benefit for individually purchased insurance is much higher than for group insurance for below-average-wage workers and much lower for above-average-wage workers.

To keep people from gaming these differences, Obamacare tries to create a firewall between the individual and group markets by mandating employer coverage and denying tax credits for individual coverage for anyone who has an offer of insurance from an employer. However, by charging the highest premium and imposing the highest deductible the law will allow, employers have discovered that only a handful of low-wage employees accept those offers. When they turn the offers down, they and their dependents are not only ineligible for tax credits in the individual market, they are liable for tax penalties for being uninsured.

Among the perverse outcomes: (1) state risk pools, the federal risk pools and employers with post-retirement health care plans ended their coverage and began dumping their high cost enrollees into the individual market where premiums were well below the cost of their coverage; (2) health plans were encouraged to attract the healthy and avoid the sick with high deductibles and narrow networks that excluded the best doctors and hospitals; (3) health plans were encouraged to dump their sickest, most costly enrollees on each other by underproviding services; (4) and the entire system attracted older, sicker enrollees while repelling the young and the healthy.

The consequences of all this are well known. The insurance companies have suffered huge losses and many have left the market altogether – so much so that one third of the counties have only one insurer left. To cover their losses the insurers have raised premiums to much higher levels than anyone originally predicted and insiders are increasingly using the term “death spiral” to describe where we are headed.

The market that was once described as the closest thing to real insurance in the health care world has become completely dysfunctional in most states.

So, what did Republicans propose to do about it? They proposed to make things worse.

Under Paul Ryan’s American Health Care Act (AHCA) the financial penalties that enforce the individual and employer mandates are repealed – which effectively repeals the mandates themselves. But the insurer requirements of guaranteed issue and community rating remain. People who choose to be uninsured until they get sick would face a penalty when they buy – equal to 30 percent additional premium for the first year. But remember, the benefit of being uninsured is access to 100 percent of the premium for every year they didn’t pay it.

How would people respond to these incentives? For the first two years, the AHCA retains the Obamacare subsidies that are in place today. But according to the Congressional Budget Office (CBO), the changes in incentives alone would result in 8 million people losing their insurance in the individual and group markets. Add to that the cuts in Medicaid spending, and within two years there would be 14 million fewer people with health insurance according to the CBO. Since Obamacare advocates claim to have increased the number of insured by about 20 million, the Republican replacement would take back two thirds of those gains before the next congressional election!

For the longer term, the CBO predicts good results from grants to states that would allow risk pools – financially segregating the most costly enrollees so that premiums can be lowered for those who are healthier. But overall spending under the Republican plan would be more than $1 trillion lower than under Obamacare over the next ten years. As a result, the number of uninsured would climb to 24 million – relative to the current system.

What did the Republicans plan to do with the $1 trillion of savings? They planned to repeal all of the Obamacare taxes. Those include taxes on the investment income of the rich and taxes on drug companies, insurance companies and other special interests who actually agreed to higher taxes in order to fund Obamacare in the first plane. (Note, most of these special interests were not even asking for their money back!)

Two other features of the Republican reform added to its unpopularity. According to the CBO, a 64-year-old earning 175 percent of the poverty level will pay an expected premium (net of subsidy) of $1,700 under Obamacare. Under the Republican alternative, that premium would jump to $14,600. Additionally, the Republican premium increases would hit Donald Trump voters harder than other voters according to Nate Cohn in the New York Times.

Small wonder then that only 17 percent of the voters actually liked the Republican alternative.

Donald Trump promised a health reform that would make insurance cheaper and better and leave no one behind. What the House Republican leadership offered was the exact opposite of that promise.

In my next post, I will discuss why Republicans can’t seem to propose an acceptable alternative to Obamacare.

This article was originally published at Forbes on March 27, 2017. http://bit.ly/2psudM5