In three areas (taxes, entitlements and health care) the Goodman Institute is producing material not available from any other organization. 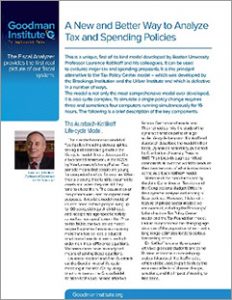 urence Kotlikoff and his colleagues are now able to integrate tax policy with all major spending programs – both federal and state. No other model is able to do this. See, for example, what the Brookings Institution/Urban Institute Tax Policy Center says about its own capabilities. As a result, the economists are able to provide far more accurate measures of the effects of policy changes.

Comparing the Kotlikoff model to other models is like comparing Watson to a desk top PC. Analyzing a single policy change requires three to four computers running simultaneously for about 17 hours. (See John Goodman’s lay description of what is involved.) 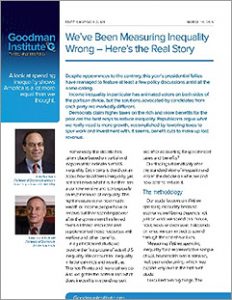 A lthough inequality of income and wealth was the single most popular topic at the last meeting of the American Economic Association, you cannot properly evaluate people’s economic wellbeing without including entitlement programs. A 60 year old couple – both having paid the maximum FICA tax over their work lives – for example, has $1.5 million in Social Security wealth.

Using brand new modeling capabilities, Laurence Kotlikoff and Alan Auerbach have produced the first well-grounded study of wealth inequality. They discovered far less inequality than what we are generally led to believe exists. Among people in their 40s, there is a wealth difference of almost 14 to 1 between the top fifth and the bottom fifth of the income distribution. But after government transfer programs, the wealth gap is cut in half: the difference in lifetime consumption drops to 7 to 1. (See this Goodman Institute Brief Analysis.)

Social Security Privatization Can Be Win/Win: 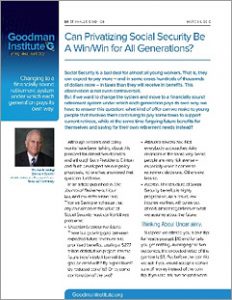 Thomas Savings and his colleagues have found that a 21-year-old earning the average wage with a moderate degree of risk averseness would be better off if he could completely opt out of the system by paying a 4.5% payroll tax for the remainder of his work life. That means he would forgo all future Social Security benefits a nd avoid all future Social Security taxes, including the current 12.4% tax he and his employer are now paying.

The exit fee he and others would pay would be enough to keep the system solvent and with the payroll tax savings the worker could invest and have better privately financed benefits than under Social Security. Privatization, in other words can be win-win. There do not have to be any losers. (See this Goodman Institute Brief Analysis.)

This is a ground breaking discovery and Dr. Goodman will be presenting these and other findings to the Mont Pelerin Society in Miami in September. Also, the Independent Institute this year will publish Dr. Goodman’s new book on win/win solutions to all the entitlement programs. 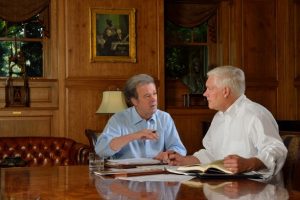 F or the past year Dr. Goodman has been working with House Rules Committee Chairman, Pete Sessions, on an alternative to ObamaCare – and spending many, many hours with the Legislative Counsel drafting it. At the same time, he has been working with Sen. Bill Cassidy on a Senate bill with many similar provisions. They have now brought the two together and will soon roll out the first politically practical, common sense alternative to Obamacare since it was enacted six years ago.

Can Either Party Do Anything to Increase Take Home Pay?

Yes. But you would never know it listening to the candidates.

Kotlikoff’s study of the corporate income tax finds that a 9% corporate profits “flat tax” would increase wages by about $3,000 for an average household in a relatively short amount of time (before the next election).

An important feature of the Sessions/Cassidy health reform bill is the opportunity for employers to choose tax credits for employee health insurance instead of the current method of subsidy. The Goodman Institute predicts that this will increase the income of the average family by at least $2,000 per year.

These two measures combined promise to increase average household income by $5,000. Both measures are revenue neutral. They do not rely on trickle-down tax cuts for the rich. They are meat and potatoes reforms that enjoy wide support among economists across the ideological spectrum.

Goodman at the Indianapolis Economics Club 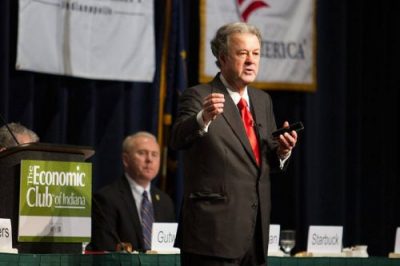 Dr. Goodman rolled out the concept of Health Savings Accounts for 1,000 assembled guests at this Club 23 years ago. In March, he returned with a progress report: About 40 million families are managing some of their own health care dollars with an HSA or similar account and these are the fast growing products in the health insurance marketplace. 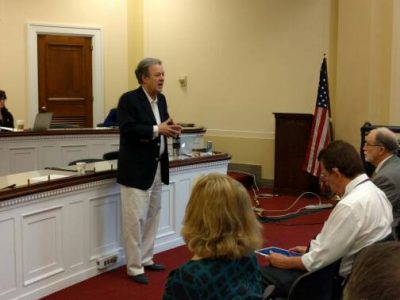 House Rules Committee Chairman Pete Sessions and Dr. Goodman kicked off the spring meeting of the National Physicians Council for Healthcare Policy with an overview of a soon-to-be-introduced replacement for Obamacare. The Sessions/Cassidy bill (see above) offers a universal tax credit to everyone who purchases a minimal amount of health insurance, repeals Obamacare mandates and thousands of pages of regulations, denationalizes and deregulates the health insurance exchanges and minimizes the role of the federal government in the health care system.

Dr. Goodman’s piece on Six ObamaCare Problems that Aren’t Going Away was the fourth most popular post at the Health Affairs blog last year. These predictions (elaborated in the book A Better Choice) were ones Dr. Goodman made before the first ObamaCare exchange opened its doors and the first four were spot on. The last two are still pending. 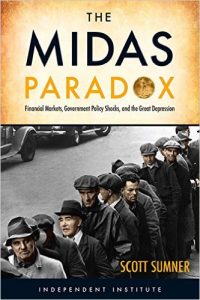 Scott Sumner has been described as the intellectual heir to Milton Friedman with respect to monetary policy and his papers and blog posts are frequently discussed in Dr. Goodman’s editorials at Forbes and Town Hall. Thomas Saving and Dr. Goodman reviewed Sumner’s new book The Midas Paradox for the latest issue of the National Association for Business Economics Journal.

The book is a history of the Great Depression – 30 years in the writing and based on never before published data. Its concludes that Franklin Roosevelt’s misguided attempts to artificially raise wages made the Depression last three times longer than would have been the case.

The Goodman Institute Has Four New Board Members: 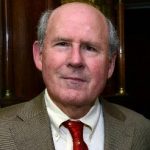 Leigh Curry, Curry Partners, is a New York investor who is involved with many conservative and libertarian causes. 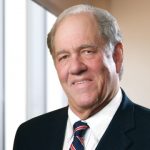 Bill Hallman is a Fort Worth lawyer in the firm of Kelly, Hart & Hallman.

Nan Hayworth is a doctor in Westchester County, New York, and a former member of Congress. 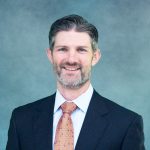 Shane Jackson is the CEO of Jackson Healthcare, in Atlanta Georgia. It is one of the largest healthcare staffing and technology companies in the United States, serving more than seven million patients in more than 1,300 healthcare facilities.