Krugman Recants On Heath Care; The Left Is Apoplectic 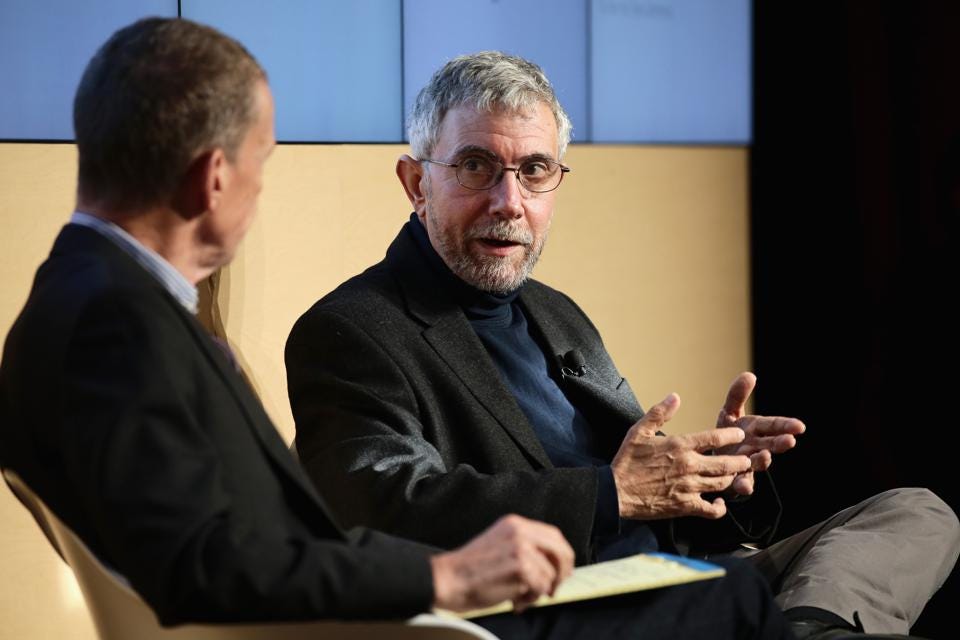 For most of his career as an editorial writer for The New York Times, Paul Krugman has been an unapologetic advocate of single-payer health insurance or “Medicare for all,” as he sometimes calls it. “A Canadian-style single-payer system, in which the government directly provides insurance, would almost surely be both cheaper and more effective than what we now have,” he wrote.

He was explicit about the reasons why. On the relative merits of private and public health insurance, he wrote, “As far as we have been able to ascertain, all of that evidence indicates that public insurance of the kind available in several European countries and others such as Taiwan achieves equal or better results at much lower cost.”

As an example of why government provision of care would be better than private provision, he pointed to “the Veterans’ Administration, which runs its own hospitals and clinics, and provides some of the best-quality health care in America at far lower cost than the private sector.”

What about those who disagree with him? They reflect “the greed of the medical-industrial complex” or “the lies of the right-wing propaganda” and besides that they are “vile and stupid,” he wrote.

There is just one big problem with all of this.

There are apparently scads of people who believe every word of what Krugman wrote (including the vile and stupid part) and in this year’s presidential election they are supporting … (you guessed it) … Bernie Sanders!

Now just about everyone with any sense believes that if Sanders is the Democratic nominee, the Republicans will not only regain the White House, they will be able to undo every executive order President Obama ever signed and maybe undo Obamacare itself.

So what is to be done? In an obvious attempt to save Hillary (who is defending Obama policies tooth and nail) and Obamacare to boot, Krugman has reversed course. In last Friday’s editorial he completely abandoned every position on health care he has held for the past decade. He did this without even once informing readers the text they held in hand represents a change of viewpoint so breath taking it rivals the conversion of St Paul on the road to Damascus!

Yes, Obamacare did preserve private insurance … But the fact that some insurers are making money from reform (and their profits are not, by the way, all that large) isn’t a reason to oppose that reform. The point is to help the uninsured, not to punish or demonize insurance companies.

True, Obamacare has come nowhere near providing universal coverage, but that’s not because of private insurance, he says.

Other countries with Obamacare-type systems, like the Netherlands and Switzerland, do have near-universal coverage even though they rely on private insurers.

What about impugning the integrity of those who disagree with you? Krugman has had a sudden change of heart about that as well.

And speaking of demonization: One unpleasant, ugly side of this debate has been the tendency of some Sanders supporters, and sometimes the campaign itself, to suggest that anyone raising questions about the senator’s proposals must be a corrupt tool of vested interests….

The last thing progressives should be doing is trash-talking [Obamacare’s] progress and impugning the motives of people who are fundamentally on their side.

The reaction from Krugman followers has not been kind.  Waxing theatrically about the abuse he is taking from the left, Krugman writes:

Right now I’m getting the kind of correspondence I usually get from Rush Limbaugh listeners, although this time it’s from the left — I’m a crook, I’m a Hillary crony, etc., etc..

The only surprising thing here is that Krugman is surprised. Maybe he’s not Biblical enough.

What you sow, so shall you reap.

PS: Although it’s several years old I believe the best analysis out there on the heath care systems of other countries is the report my colleagues and I wrote for the National Center for Policy Analysis.

This article was originally posted at Forbes on February 8, 2016.

← The US Is Rationing Life Saving Drugs Obamacare in the Workplace: Fewer Hours, Lower Incomes and Less Health Insurance →