What You Need To Know About “The Big Short” 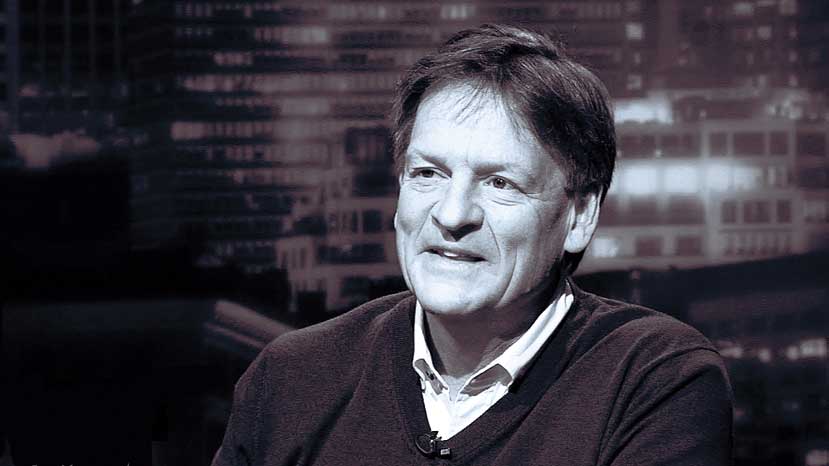 One of the most intriguing movies I’ve seen in a long time is The Big Short. It’s about the housing bubble and what we now call the Great Recession, based on Michael Lewis’s bestselling book “The Big Short: Inside the Doomsday Machine.”

The main characters are money managers who not only realized that the housing bubble was being supported by unsustainable subprime mortgages, but also found a way to make millions of dollars from the inevitable crash.

Lesson 1: There will always be bubbles.

Vernon Smith is an economist who won a Noble Prize for his study of economics by means of laboratory experiments. In some of his experiments, student participants were allowed to buy and sell assets. Almost without exception, the students began trading — not based on the assets’ intrinsic value, but based on what price they thought other students would be willing to pay at the next trading opportunity.

Apparently, we’re hard-wired to participate in bubbles. Without any coaching or prodding, a great many of us will jump right in.

Spoiler alert: At the end of The Big Short the economy collapses. But was that really necessary?

Bubbles have real economic effects when banks and other credit market institutions participate in the gambles. When banks have to scramble to cover their losses, they stop making loans. And when no one can get credit, they don’t buy durable goods or make important investments. A credit market crunch has preceded just about every serious economic downturn I can think of.

But wouldn’t it be better if you could bank at institutions that don’t behave that way?

Lesson 3: A simple financial reform would have prevented the Great Recession.

Boston University economics professor Laurence Kotlikoff and I have a relatively straightforward answer to this dilemma called Limited Purpose Banking. Any credit market institution that relies on corporate limited liability protection would be restricted to one purpose: connecting borrowers and lenders, and savers and investors. Banks and bank-like companies would function exclusively as middlemen who sell safe as well as risky collections of securities to the public. They would never, themselves, own financial assets, however. Thus, they would never be in a position to fail because of ill-advised financial bets.

One way to think about this reform is to see that it keeps everybody honest. Depositors who think their money is in a bank vault won’t be fooled when it is actually invested somewhere else. And behind every risky investment there will be investors who are fully aware of the risks they are taking and the expected returns that justify those risks. (See this Kotlikoff video interview and his book, Jimmy Stewart is Dead.)

Lesson 4: The Big Short is mainly a movie about fraud.

The movie does a reasonable (and comical) job of explaining such arcane financial instruments as collateralized debt obligations and credit default swaps. (For readers who want to know more, the best lay explanation I’ve seen is here.)

Lesson 5: It is also a movie about a massive failure of government.

As the movie makes clear, government regulators had no interest prosecuting fraud, even when the protagonists put the evidence right in front of them. And the government’s indifference continued, even after the facts were made public.

John Xenakis claims that the guilty parties “all used a portion of their fraudulently obtained millions to make large contributions to the Obama campaign or projects sponsored by Obama. Not one single person has been prosecuted.”

Lesson 6: But the movie ignores the role of government in contributing to the problem it exposes.

If there is a fault in the movie, it is the failure to emphasize the role of the federal government in contributing to the crisis in the first place. As American Enterprise Institute scholar Peter Wallison notes, it was national policy to lower lending standards and make more loans to low-income and minority families – a policy supported by many Democrats in Congress.

Lesson 7: It was the private sector that came to the rescue.

Admirably, the movie highlights the role of private investors in doing what the government was unwilling to do: expose the fraud and help burst the bubble.   As New York Times writer Neil Irwin explains, the protagonists in this story brilliantly created a way to profit from betting against fraudulent loans and the institutions the loans were sold to.

Lesson 8: Deregulation was not the cause of the problem.

A standard claim on the left is that banking deregulation was the source of the bubble and the prime cause of the Great Recession. Specifically, the Gramm-Leach-Bliley Act (passed by Congress and signed by President Bill Clinton) repealed the New Deal-era Glass-Steagall Act’s prohibition on the mixing of investment and commercial banking. But as Mark Calabria, in a paper for the Cato Institute, explains there was nothing that Bear Stearns and Lehman Brothers did that they weren’t able to do before that act was passed.

Lesson 9: The response of Congress to the financial crisis has apparently made things worse.

Like ObamaCare, the Dodd-Frank financial reform was rushed through Congress without a single House Republican vote. Five year’s later it appears that there has been little improvement. Banks are holding more reserves; they are making fewer loans; there are more consolidations and fewer banks are forming; the industry is hiring a ton of regulatory compliance officers and very few new loan officers; and the recovery from the recession has been the slowest on record.

Lesson 10: Instead of more regulations, banks should revert to being banks and government should perform its traditional function.

What we need instead is to (1) let banks specialize in what they do best (through Limited Purpose Banking), while leaving risk-taking to others and (2) let government to do what it seems very reluctant to do: ferret out fraud and prosecute it.

This article was originally posted at Townhall.com on December 30, 2015.

← Obamacare Taxes On The Poor And The Middle Class Held At Bay Why Are Hospital Prices So Crazy? Hint: The Hospitals May Not Be At Fault →