What Republicans Should Be Doing: Holding Hearings On Obamacare 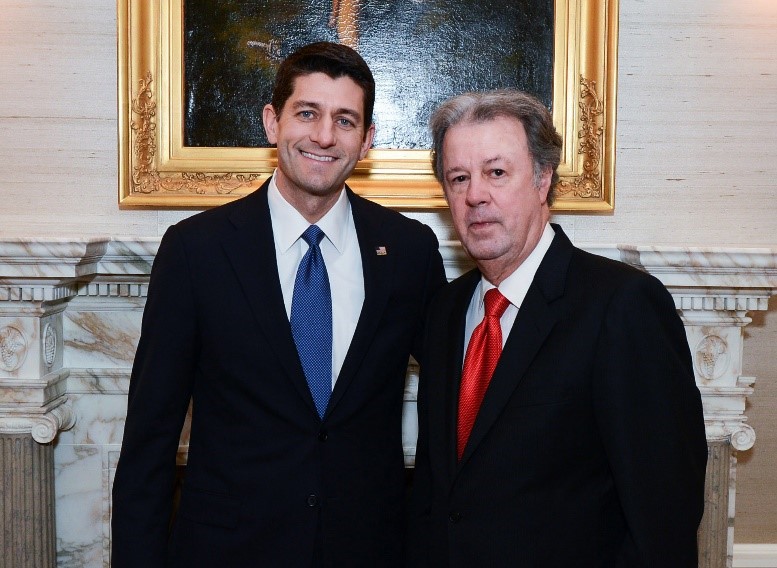 Now that Paul Ryan is the presumptive new leader of the House of Representatives, what happens next?

The single biggest domestic policy issue the country faces is Obamacare. So far, Republicans in Congress haven’t done anything very useful in addressing it. The House has voted 54 times to repeal some or all of Obamacare – knowing all the while that none of these votes would go anywhere. Yet neither the House nor the Senate has held a single serious hearing on the worse defects in the health reform law.

If that last statement surprises you, let me clarify. There have been occasional hearings on relatively minor issues. But the most important thing Obamacare does is to try to insure 30 million new people and force another 170 million to have more generous insurance than they previously had. The tools are subsidies and mandates. How well is all that working? Do Republicans have a better approach?

How would anyone know?

It’s been 5 ½ years since the passage of the Affordable Care Act. Over that period, half the Senators who voted for the act are no longer in office and a vote for Obamacare was devastating for House Democrats as well. Clearly the voters don’t like the reform. Isn’t it time for members of Congress to find out what it is that voters don’t like.

Republicans need to schedule hearings where we (1) hear from the victims of Obamacare (2) hear from health economists on why there are so many victims and where the law is going wrong and (3) hear from policy wonks and sitting members of Congress on how the law should be changed.

Here are seven recommendations for topics for the first few rounds of hearings:

Young, healthy, low-income families are being forced to buy insurance they consider almost worthless – with more than $6,000 out-of-pocket exposure (more than $13,000 for a family), covering procedures they are unlikely to ever need. For every person who has acquired insurance in an exchange, there are two other eligible people who have not enrolled (about 19 million in all) – despite the subsidies and the fines. About 7.5 million people (IRS estimate) were subject to fines this year because they found the insurance being offered not worth the time and money needed to obtain it. About 4.7 million people (AP) saw the cancellation of insurance many would have preferred to keep.

A $15-dollar an hour worker and his family can get a $10,000 subsidy in the exchange. A similar individual working at a hotel or fast food restaurant gets a tax subsidy of about $1,800 for employer-provided coverage. As employers discover that just about every below-average-wage worker gets a better subsidy in the exchange and just about every above-average-wage worker gets a better tax subsidy at work, entire industries will have an incentive to reorganize in response to these differential subsides.

One way employers can escape the cost of Obamacare is by offering employees a Bronze plan with a $6,600 deductible ($13,200 for a family) and charging the employee a premium equal to more than 10 percent of take-home pay for self-coverage. The employee is asked to pay the full premium for dependent coverage. Almost all low-income workers are turning these offers down. When they do, they cannot get a subsidy in the exchange and they are subject to fines for being uninsured.

About 3.4 million people (roughly half of those receiving subsidies in the exchanges) faced higher taxes this year because they underestimated their income when they enrolled in an Obamacare plan last year. The average repayment was $794 (Kaiser).

About 4 million (Kaiser) low-income people fall between the “Obamacare cracks.” Even though they have low incomes, they are neither eligible for Medicaid nor for a subsidy in the exchange. Potentially, they can be fined for not having health insurance.

The implicit marginal tax rate created by the phase out of Obamacare subsidies is about 10 percentage points. At several cliff points, families can lose $10,000 or more in subsidies by earning an additional dollar of income. These perverse incentives are expected to reduce the labor force by the equivalent of 2.3 million fewer workers. (CBO) Over all, ObamaCare’s anti work provisions will create a long term loss to the economy on the order of 5% of GDP – or more than $800 billion a year at current prices (Mankiw/Mulligan).

The main reason we have spent hundreds of millions of dollars on computer systems that still aren’t working is the need to verify income. Because Obamacare has different subsides for different income levels, the exchange computer systems are trying to communicate with the IRS computer system to verify the enrollee’s income. Ideally, they also are supposed to verify employment with the Social Security System, verify employer plans with the Labor Department and verify Medicaid eligibility with the state Medicaid programs. None of this will probably ever work as long as the computer programs of different agencies are required to talk to each other. The Department of Defense and the VA administration spent ten years and over a billion dollars trying to get their computer systems to connect. They never did make it work.

My solution to all these problems: These problems would go away in a heartbeat if we got rid of the mandates and gave everyone the same tax subsidy – regardless of income – at work and in the exchanges. But the committees should also hear about proposed solutions from others – including the Obama administration.

The most important issue in next year’s election: What to do about Obamacare.

This article was originally posted at Forbes on October 23, 2015.

← The Employer Mandate Is Having No Effect On The Percent With Health Insurance At Work Race To The Bottom: Competition In The Exchanges →