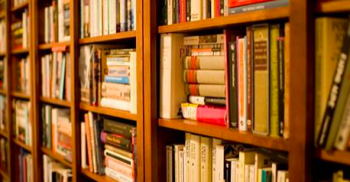 In order to do well in the world, young children – no matter how bright, no matter how capable – must learn essential skills. There are three places to learn them: at home, in school and on the job.

Yet amazingly, public policies are interfering with all three of these opportunities. Even more amazing, the people who write the most and talk the most about inequality are in the vanguard in killing all hope for disadvantaged children.

Take the job market. In years past, summer jobs were often the first jobs for millions of teenagers. They were the place where young men and women learned essential skills that let them climb up the ladder of economic opportunity. After all, if you don’t get to the first rung, you are unlikely to achieve rung two or three. Yet last year, less than half of teenagers seeking a job were able to find one. Many aren’t even looking. According to the Bureau of Labor Statistics, the July 2014 participation rate for 16 to 24-year-olds was 17.0 percentage points below the peak rate for that month 15 years ago (77.5%).

Undoubtedly, part of the reason is the minimum wage, which prices teenagers out of the job market. No one ever works for very long at the minimum wage. As workers gain skills they become more valuable to employers and earn more. But you have to start somewhere. And if the editorial page of The New York Times and liberals in Congress have their way, that first pay day will never come.

I can’t stress this enough. It doesn’t matter what teenagers earn in their first job. Whatever they earn, they will likely spend on fun and frolic. But the skills they learn – showing up for work on time, following orders, being respectful – are skills that will pay off for a lifetime.

Meanwhile, employers are substituting capital for labor – including greater use of robots – just about everywhere in the labor market. For example, there is now a 14-arm, automated harvester that can wheel through rows of strawberry plants, distinguish the ripe from the unripe and pick the berries from the green leaves surrounding them. At $100,000, the robot is not cheap. But no one in Congress is insisting that farmers pay the robot more than it’s worth and there are no laws requiring Obamacare or other expensive employee benefits.

With regard to public schools, the same story seems to repeat itself again and again across the country.

The D.C. Opportunity Scholarship Program has so far funded private-school tuition for nearly 5,000 students, 95% of whom are African-American. They attend religious schools, music and arts schools, even elite college-prep schools, writes Stephen Moore in the Wall Street Journal. And the results are impressive:

An Education Department-funded study at the University of Arkansas recently found that graduation rates rose 21 percentage points—to 91%, from 70%—for students awarded the scholarship vouchers through a lottery, compared with a control group of those who applied for, but didn’t get the scholarships. For all D.C. public schools, the high-school graduation rate is closer to an abysmal 56%.

So who could be opposed to success like this? President Obama for one. He has proposed eliminating the paltry $20 million scholarship fund from the federal government’s $4 trillion budget. Whereas President Bush invited several of the parents of these children to the White House, President Obama refuses to even meet with them. In addition, the program is:

opposed by almost every liberal group, even the NAACP, and nearly every Democrat in Congress—including Eleanor Holmes Norton, who represents the District of Columbia in Congress but opposes a program that benefits her own constituents.

As far as home life is concerned, we are a nation coming apart, to borrow a phrase from Charles Murray. David Brooks wrote a column in The New York Times the other day about the enormous effort parents are making with their children:

Parents are more anxious about their kids getting into good colleges and onto good career paths. Parents spend much more time than in past generations investing in their children’s skills and résumés and driving them to practices and rehearsals.

Ah, but this is mainly happening in upper middle income households. At the other end of the income spectrum, life is different. Harvard researcher Robert Putman finds that there is a “growing class gap in enrichment expenditures [day care, tutors, games, etc., but not private school] on children, 1972-2006.” At the bottom of the hierarchy, the expenditure has increased about $400 per child over the past 40 years, but at the middle income it’s gone up $5K.

The time people invest in their children — reading to them, etc., but not including diaper changing time, etc. — shows a growth gap between those with more education and those less. Moreover, the gap in parent time with children is even greater the younger the child. That is, higher-income, more highly educated parents devote the most extra time with their children during the years when parental involvement is thought to make the greatest difference.

What does this have to do with public policy? It’s a trend that is enabled and subsidized by the welfare state.

New research from the Brookings Institution finds that among single women of child bearing age, there is virtually no difference in sexual activity across income groups. But women living below the poverty level are almost five times more likely to have a child than women whose incomes are 400 percent of the poverty level or higher.

← Why Do We Have A Death Tax? How Much Of The Cost Should The Patient Bear? →