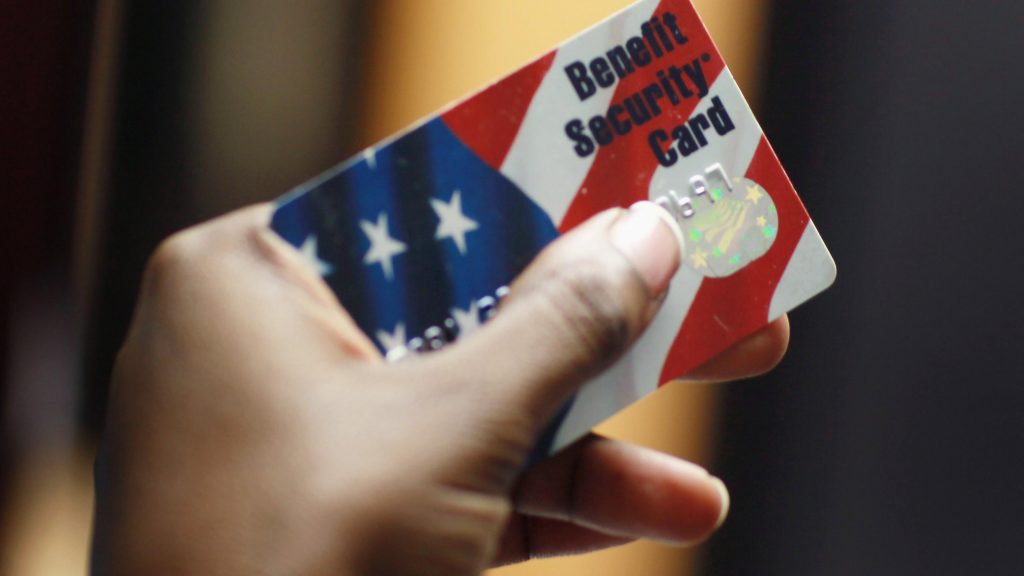 Have you ever given money to the food stamp program? Do you know anyone who has?

Actually, some people do occasionally make gifts to federal entitlement programs. But gifts to the entire federal government were a paltry $241 million in 2010, the last year for which statistics are available. By contrast, Americans donated almost $300 billion last year to private sector charities in addition to volunteer time valued at $158 billion.

The money we spend on food stamps (technically called the Supplemental Nutrition Assistance Program, or SNAP) almost all comes from coercive taxation, rather than charitable contributions. For example, the United Way of Dallas donated $50 million to 90 private charities last year. The food stamp program was not among them. Even the government’s charitable giving program for federal employees ($270 million to 20,000 non-profit groups) does not list the food stamp program as an option.

What brings this to mind is Paul Krugman’s column the other day in which he claimed that:

“The food stamp program…tries to provide modest but crucial aid to families in need. And the evidence is crystal clear both that the overwhelming majority of food stamp recipients really need the help, and that the program is highly successful at reducing “food insecurity,” in which families go hungry at least some of the time.”

But if Krugman is right, why aren’t all the private givers, including federal workers, giving to it? Why are they instead choosing soup kitchens, Meals on Wheels and hundreds of other ways of caring for people who need help?

The answer, I believe, is obvious. See, for example, FreedomWorks’ case against food stamps. And in case it isn’t obvious, I propose a market test: Let the food stamp program compete on a level playing field against every other anti-poverty program, private or public.

But first things first. There are about 47.8 million people on food stamps. And even though the economy is improving, jobs are more plentiful and wages are increasing, the number of food stamp recipients is rising, not falling — now reaching one in every five households in the country.

Clearly this is not a program that is designed to reach a few people who happen to be down on their luck. And food stamps are only the beginning.

And the problem doesn’t end there. Children who need a free lunch, it turns out, also need a free breakfast, and almost half the children are in this program as well. In fact on an average day, 11.7 million children are getting a free or reduced price breakfast, courtesy of the U.S. taxpayers.

Then there is dinner — available in areas where at least half the children qualify for a subsidized lunch. The Congressional Budget Office estimates that there will be 21 million children charging their dinner to Uncle Sam by 2015, rising to 29 million in 2020.

Have you ever stopped to consider how much of modern life is conditioned by the fact that millions of young women are having children they cannot support? Turns out that the same parents who can’t afford to feed their children also can’t afford to house them or pay for their medical care. They also fail to provide a home environment that is conducive to learning. That’s why there is now a big push for government funded preschool. Is government-funded day care next?

Since the taxpayers are picking up the whole tab anyway, maybe we would be better off removing all these children and raising them in an Israeli-like kibbutz.

I am one of the few writers that seems to be appalled by the immorality of bringing children into the world that you cannot support. [See “Bad Parents, Poor Kids.”] But even if you are not moved by moral concerns, consider the dollars and cents at stake.

Years ago, George Gilder and Charles Murray did pioneering work showing that the welfare state was not benignly helping people in temporary need. It was subsidizing a lifestyle. With the passage of time the case for that position has gotten stronger and stronger.

By way of anecdotal evidence, take the case of Orlando Shaw. He has fathered 22 children by 14 different women and pays not a dime of child support. As a result, Tennessee taxpayers are forking over more than $7,500 a month. Food stamps and welfare make his lifestyle possible.

On the academic front, University of Chicago economist Casey Mulligan estimates that half the excess unemployment we are experiencing can be directly tied to the incentive effects of entitlement programs. In other words, half the people who should have a job don’t have one because we are paying people not to work.

How could things be different? In Privatizing the Welfare State (study, book), Michael Stroup and I wrote:

“There is mounting evidence that the private sector does a better job at getting aid first to those who need it most, at encouraging self-sufficiency and self-reliance, at encouraging the family unit, and at using resources efficiently. Currently, the federal government has a monopoly on welfare tax dollars. It is time to end this monopoly by allowing private citizens to make decisions on how their welfare tax dollars should be spent.”

For the food stamp program, the proposal would work like this. Each taxpayer would be able to allocate up to $2,000 of taxes owed to any qualified charity providing assistance to indigent people. Taxpayers could make their gifts at any time during the year and claim a credit on their April 15th tax return. [BTW, this is all back of the envelope, but I think a credit of up to $2,000 is roughly budget neutral.]

Of course, our more general proposal was not confined to food stamps. We would subject all welfare programs to this kind of public/private agency competition.